A federation of farmer producer companies has coordinated with a few organizations, helping farmers sell their produce at reasonable rates, by supplying vegetables to consumers through multiple channels 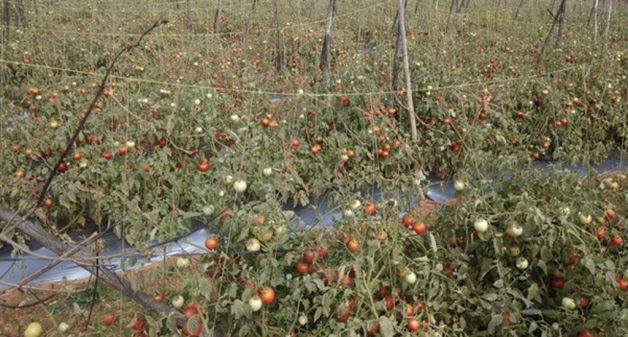 Despite a few weeks of an unprecedented lockdown, the price of vegetables has not skyrocketed. The disruptions to the agri-food supply systems however have been significant and farmers have been desperate to reach their produce to markets.

Madanapalle in Chittoor District of Andhra Pradesh is home to Asia’s largest tomato market. Madanapalle’s Agricultural Produce Market Committee (APMC) receives 800 to 1,700 tons of tomatoes every day. The current season’s average price – which is across seasons and has huge fluctuations – of Rs 842 per quintal at the mandi, is half that of last year.

Chittoor being India’s biggest tomato district, for farmers who were ready to harvest their tomatoes in nearly 30,000 hectares, the reduced price this year was an immediate concern. Processing units in the region have been coping with the invasion of imported Chinese pulp in recent years.

Narasimha Reddy, who grew tomato in seven acres, shared a video a few days after the lockdown, seeking the intervention of the chief minister and the member of legislative assembly (MLA). Having invested nearly Rs 10 lakh, he was anxious to get higher prices than the rate of Rs 80 for a 30-kg box he was offered at the Madanapalle APMC.

The intervention of a federation of farmer producer organizations, with the support of a few companies, supplied the tomatoes to various quarters, and helped the farmers get a better price.

Tomato, is one of the three crops of Operation Greens, launched in 2018, where the prime minister stated that farmers are his TOP (tomato, onion and potato) priority. Investments in the value chain, it was hoped, would reduce the high price risk that these farmers face.

The requirement for immediate cash after harvest means that farmers are discounted on their final price at the mandi, with commission agents charging 4-10% illegal commission fee. And they continue with the practice of ‘jackpot’, wherein they pay farmers for only nine of 10 crates.

For distressed farmers such as Narasimha Reddy, the quick response of M Tomato Farmer Producer Company Limited, registered in 2019, presents a glimmer of hope in these difficult times. M Tomato is a federation of nine registered farmer producer organizations (FPOs) that have been functioning in the region for nearly three years, growing tomatoes and other vegetables.

In a short span of operation of over a year, with incubation and business development support from qualified professionals of Andhra Pradesh Mahila Abhivruddhi Society (APMAS), M Tomato has been able to acquire a wholesale dealership for Coromandel Fertilizers, become a member of NCDEX e-Markets Limited, and market 562 tons of tomatoes to Sunsip Agro Processors.

The COVID-19 pandemic and subsequent lockdown have affected operations in the Madanapalle market, adding another element to an already vulnerable farmer. APMAS’s intervention through M Tomato has been multi-pronged, covering three states.

It involved providing relief to urban poor in Hyderabad, Telangana, organizing supply to employees of companies in Naidupeta and other places in Andhra Pradesh, and supplying tomatoes to a processing factory in Karnataka, bordering Chittoor district.

The work involved significant coordination with local, district and state administrations, with a strategy to source newer markets for the FPOs. The first consignment of seven tons of vegetables and fruits were supplied on 31 March by Maryadaramanna FPC, a member of M Tomato, for distribution to stranded migrant construction workers in Hyderabad.

By 2 April, this FPO had supplied 7,663 kg including 1,225 kg of tomatoes, for distribution to employees of Aurobindo Pharma Ltd in Naidupeta, 187 km away. This was possible due to an ongoing relation of APMAS with Aurobindo Pharma that included an earlier CSR project.

APMAS, on behalf of the FPOs, was looking at ways of expanding operations and providing newer market opportunities, even before COVID-19 incidence. The efforts included selling produce to retail chains like Big Basket and Metro Cash.

The successful leveraging of APMAS’s and the FPOs’ social capital has been based on investment over the last four years on building collective institutions of farmers. The apex federation of 6,983 farmers is supported by 26 grama rythu sanghamsat the village level and 574 rythu sanghams or farmer interest groups.

M Tomato’s share capital of Rs 8.78 lakh has been topped with a working capital of Rs 14.7 lakh from GIZ, a German donor. Five of the FPOs received a capital subsidy for trucks from the Andhra Pradesh government’s Department of Horticulture as well as equity grant of Rs 3 lakh, that were useful assets for the FPOs.

A key element of managing logistics is who bears the cost of the transport from farm to factory. Strategic donor support in the crisis helped M Tomato in meeting this cost for the farmer members. The relation built with an important secondary processing value chain player – Sunsip, in Srinivasapuram in neighboring Karnataka, came in handy for the FPOs to sell larger quantities.

Sunsip was part of a consultation and factory visit of a group of stakeholders during an international workshop on tomato in October 2018. Sunsip agreed to pay Rs 3.8 per kg, provided the tomatoes reached their factory even as other processing units are procuring at Rs 2 per kg during the crisis.

M Tomato has been able to supply over 562 tons to Sunsip, procuring from three FPOs on the first day, and then from nine FPOs in two weeks. The APMAS team is also exploring sending the tomatoes to Delhi through National Agricultural Cooperative Marketing Federation of India Ltd (NAFED) and the new Kisan Network of the government.

Creating an ecosystem for FPOs

The proactive approach of M Tomato with active support from APMAS during the COVID-19 crisis indicates that ‘farmer first’ is indeed possible even during a crisis. A few lessons:

COVID-19 can potentially lead to a new normal, where collaboration of the state, civil society and markets can help increase farm incomes through FPOs. We hope that M Tomato can realize its vision of supplying 1,000 tons of tomatoes a year, even as it seeks to establish Primary Processing Centers (PPC), model vegetable nurseries and polyhouses as part of Operation Greens.

C. Shambu Prasad is a faculty at the Institute of Rural Management Anand, where he also chairs ISEED, an incubation center. C S Reddy is the founding CEO of APMAS, with over 30 years of experience in the development sector, supporting collective institutions of women self-help groups and farmers. Views are personal.