Social and behavioral aspects, besides economic and medical dimensions of the migrants need to be considered, to avoid cracks on existing rural fault lines 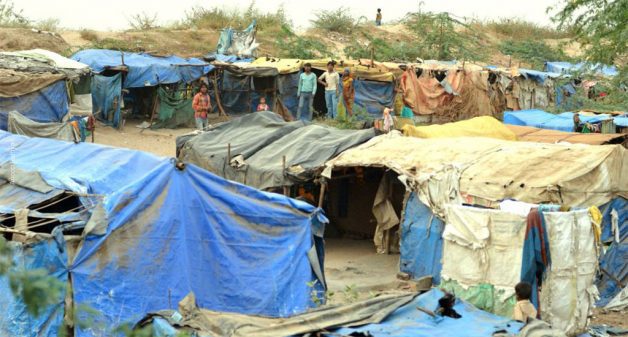 Administrators need to look into the social and behavioral aspects of returnee migrants, in addition to the health and economic aspects (Photo by Anoop Sathyan)

The current exodus of migrants can be seen as two different phases. The first phase was triggered on 22 March, when migrants boarded trains from Mumbai and Pune in anticipation of Maharashtra lockdown, some of them even traveling atop the trains.

Much larger number of migrants followed after the announcement of the national lockdown. Exodus of skilled and unskilled circular or seasonal migrants who wanted to go back in time for the Rabi harvest marked this phase. Many others left due to fear and anxiety arising out of health reasons.

The second phase was triggered in the first week of May. This wave is qualitatively different from the first wave. People leaving during the second phase had experienced all the interventions of the welfare state as well as compassion of well-meaning individuals and civil society organizations.

Another aspect of the second phase is that it is not limited to the seasonal migrants; it includes the next higher socio-economic group, who can be called the non-resident villagers (NRVs). They have more or less settled in the city, though in its fringes. They have shifted the entire family including the older generation, to the city. They don’t visit the villages as frequently as the seasonal migrants do.

Thus, the second phase is chipping away one more layer of the urban poor. In many cases the entire family including the elders are moving from cities. It is safe to assume that they will not come back at least for the next three to six months which mark the end of kharif sowing and end of kharif harvesting.

The society and the governments missed to see the magnitude of the problem. We need to now look at some of the non-obvious implications and try to act before problems get out of hand.

This crisis is likely to rip open the traditional fault lines in the rural society along caste, community, class and gender aspects. If the political parties and prominent organizations decide to fish in troubled waters, a civil war like situation is likely.

It is known that there will be a huge pressure on medical and quarantine infrastructure as governments (and even others) had not predicted such a massive scale of exodus. It will put lot of pressure on resources like food and drinking water.

All these factors put together will also test the limits of social cohesion and hospitality generally associated with the villages. The following recommendations would mitigate the situation.

The government’s response to COVID-19 is focused on medical, economic and administrative dimensions. None of the high-powered task forces of the central government has focused on the social and behavioral aspects of the crisis.

It is necessary to form expert groups with social science background, at national and state levels to advise the government in dealing with the emergent rural strife. They can come up with ways and means of generating spaces for catharsis, grieving and togetherness by evoking the positives, and minimizing dysfunctional expression of accumulated negative emotions.

The unskilled seasonal migrants have got used to being pushed around by the system, but NRVs are likely to respond differently. Though the NRVs are from the lower socio-economic strata of the urban society they are among the relatively influential groups in rural communities.

The NRVs’ negative feelings may get further compounded when they have to live the rural realities on an everyday basis. They would demand a more prompt and humane response from the administration.

Currently there is no unity of command of the entire government machinery at the block level. The guardian officer could be given such authority. to the officer can station himself close to the administrative blocks in question. Similarly, the block level officers can be in charge of a group of panchayats.

The law and order machinery that is already exhausted should be reserved to deal with serious offenders. This will be possible only if the panchayat leaders have the partial authority to govern so as to regulate social behavior vis a vis coronavirus precautions.

This temporary delegation of governance will be required for a period of minimum six months. Involvement of community may lead to some problems such as the khap panchayat. But the expert committees will need to decide on the prudent compromises.

It will be worthwhile to study the forced reverse migration of Mumbai’s textile workers to Konkan in the wake of textile strike. Konkan could absorb these people because Konkan Railway had been commissioned by that time, and it had opened up many new livelihoods and business opportunities.

The returning migrants in fact made some rural residents business savvy. However, in the current crisis, the proportion of returning migrants to the village inhabitants is much larger. There is no Konkan railway like opportunity everywhere. It will be necessary to think through medium term approach by considering multiple variables and  scenarios.

Shirish Joshi is an institutional design consultant with more than three decades of experience. Views are personal.