With standing crops lost and soil turning saline when seawater came in, the cyclone has aggravated villagers’ malnutrition and food security problems, adding to their lockdown woes 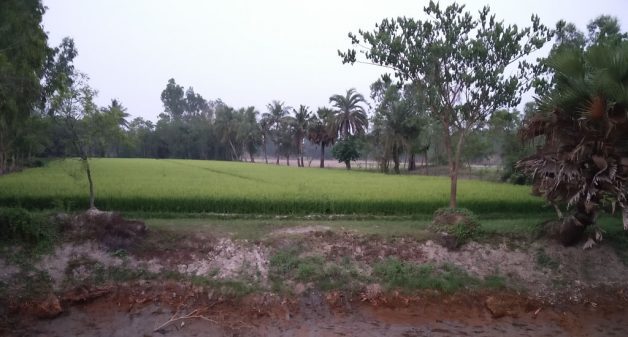 Standing crops, seen here before the cyclone, have been completely damaged by seawater entering the land during Cyclone Amphan (Photo by Abhijeet Jadhav)

Amphan, the super cyclone, was one of the most dreadful cyclones in the recent history of Sundarbans. Coastal districts in West Bengal comprising North 24 Parganas, South 24 Parganas, East Medinipur, Kolkata, Hooghly and Howrah were affected, the first two districts more intensely, by the cyclone on 20 May.

It caused widespread damage, specifically in North 24 Parganas and South 24 Parganas. Around 8,13,000 people were evacuated from the coastal areas, of which 2,00,000 were from the North 24 Parganas district. Many live in various relief camps with the fear of contracting the coronavirus infection.

While many of the villagers in Sundarbans area of the district had already lost their job due to the lockdown, Cyclone Amphan has added to their problems. Losing their land and ponds that are their food sources, and losing their stored grains, the cyclone has severely affected their food security.

The cyclone brought in a huge volume of saline water from the sea, up to 15 km into the land. Waves up to 5 m height were recorded. Due to the damage to embankments, seawater entered many villages, damaging 10.5 lakh hectares of farmland and about 1 lakh betel leaf farms.

More than 9 lakh cattle heads and countless poultry were damaged. It is also reported that 58,000 hectares of ponds that are typically used for farming crabs, prawns and fishes were damaged. Also, 8,000 fishing boats were damaged, which means fishermen cannot go fishing for a while.

All these damages would directly affect the diet and nutrition of people in the region. Farming and animal husbandry are mainly for subsistence. There will be shortage of rice. Children are likely to face a deficiency of typical protein sources in their diet like milk, meat, fish, and eggs.

A million hectares of land that have become saline will be unproductive for at least a few years. The saline water which has stagnated in the farms would leave a high amount of salt in the soil. Hence, the affected people are likely to face food shortage in the coming years.

Around a million homes were damaged in South 24 Parganas. Nearly 26,000 homes were destroyed in Gosaba administrative block, one of the worst-hit blocks. Breached embankments led to flooding of villages and swaths of cropland. Villagers whose houses were damaged, have lost their storage of grains. All of this will have an impact on food security.

Sundarbans was actually not habituated a couple of centuries ago. Saline water, swamps, humidity, thick jungle of mangroves and wild animals including tigers were some of the reasons people avoided the place. But the British settled Schedule Caste people in this region, people who were caught in some dispute in the mainland.

Today, the Gosaba block comes in the periphery of the tiger reserve area of the Sundarbans. This is an extremely underdeveloped region with minimal modern facilities. Most of the villages here did not have electricity, water supply, roads or mobile coverage till very recently. This is also a human – tiger conflict zone.

As there was no natural drinking water source, in front of their house people would dig the land which used to get filled with rainwater. Of course, this was not healthy, and these areas used to have very high mortality rates.

Apart from all these issues, this region is at a high risk of cyclones. In 2009 Cyclone Aila and in 2019 Cyclone Bulbul devastated these two districts causing similar damage. Due to repeated disasters, there is an enormous loss to various livelihood promotion efforts.

In recent decades honey cultivation, duck growing, poultry and vegetable cultivation were introduced, and were expected to provide nutrition as well livelihood to the people. But after repeated cyclones, these efforts have taken bad hits repeatedly.

Previously there used to be some work available in the villages but now due to COVID-19 and related lockdown, there is no work available. The migrant workers have reached home empty-handed in the COVID-19 crisis. Now they do not have jobs in cities as most of the industrial activities are on halt. After the loss of standing crop and salinization of farmland, these men are just staying at home.

Women used to collect seedlings of tiger prawns and sell to prawn cultivators but now the demand has dropped. The same has happened with betel leaves that are used in the famed Calcutta paan. This has led to a very low influx of money to the local economy.

Due to marginalization and living in an underdeveloped area, previously malnutrition was quite high in these areas. The vegetables and fishes that used to be cheap in the local market have become very costly due to unavailability and crop destruction. Prawns and crabs and the paddy that they grow has been the villagers’ main food.

Apart from the harvesting season, most of the men in the villages typically go to the cities to earn. In the past decade, the nutrition situation has been improving in these districts. It was the money earned in the cities that helped achieve the nutrition status. However, things have changed drastically in the last two to three months.

As per National Disaster Management Authority, about 1.1 lakh school buildings, 2,000 health centers and 4,200 Integrated Child Development Services (ICDS) centers have been damaged by Amphan in West Bengal and most of the destruction has been in South 24 Parganas and North 24 Parganas districts.

These act as a mainstay of nutrition programs for children. It will take months to years for restoring the normal functioning of these programs. Re-emergence of nutritional deficiencies and protein-energy malnutrition in a post-disaster situation is an age-old phenomenon.

The central government announced Rs 1,000 crore immediate relief package for West Bengal. Nevertheless, looking at the vast destruction and the number of people affected, more resources would be required to bring normalcy again in the villages of these districts.

The collapse of infrastructure related to health and nutrition programs due to the cyclone may lead to an adverse effect on the nutritional status of thousands of children in this region. In the phase of disaster recovery and mitigation, there needs to be a special focus to this issue through strong interventions.

Abhijeet Jadhav taught public health and disasters in Jamsetji Tata School for Disaster Studies at TISS. He is currently a senior researcher at VikasAnvesh Foundation. Views are personal. 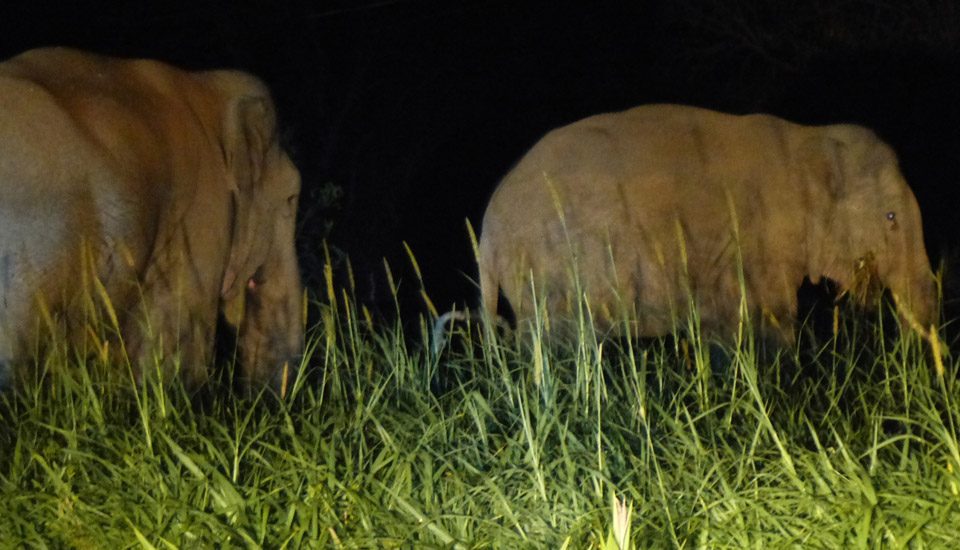