The Northeast, with its past social instability and lack of livelihood avenues lags in development. The pandemic gives the region an opportunity to develop a new economy 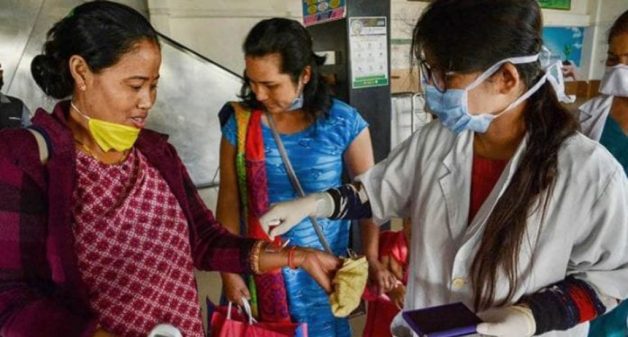 The impact of COVID-19 will loom in the foreseeable future. As networks and supply chains collapsed overnight during the lockdown and are subsequently crawling back to a new normal, there is still a fundamental question to resolve: how do communities organize themselves with a vision of prosperity and sustainability in this new order of things? The answers are far from easy, particularly for ecologically fragile geographies that largely depend on external trade and migration for basic survival.

India’s Northeast is one such geography. It is one of the most complex and diverse regions in the world and home to, among others, more than 140 tribal communities. The region also has numerous ecological habitats varying from Himalayan mountain ranges to flood plains, with rich variation of flora and fauna. About 66% of the region is forested, covering 17.04 million hectare.

Spread across eight states and often remote and/or hilly terrains, more than 70% (about 30 million) people here live in villages. No state in the region is self-sufficient in agriculture. Most families are very small landholders or landless. A staggering 59% rural population in the Northeast is landless: dependent on manual casual labor (39%).

The proportion of small farmers (possessing less than two hectare of land) to rural households varies from 65% in Arunachal Pradesh to 84% in Nagaland and Manipur, compared to 59% at the national level. For Assam and Tripura, it is 62% and 80% respectively. Additionally, there has been prolonged instability in the region due to militancy and ethnic clashes.

With very little industrial development – except for some extraction industries and traditional industry like tea, the incidence of poverty is higher vis-à-vis the rest of India (except Mizoram). Farming, livestock rearing, forest produce, casual labor and migrant remittances, petty trade and government social security schemes keep the engine of rural economy moving. Migrants started returning from different states and other areas in the region, further clogging the surplus labor available in the rural economy.

The already weak agriculture-based economy is in shambles. Shrinking revenue sources would eventually put more pressure on exploitation of forest resources by communities. Moreover, after a relatively stable period of the last 10 years, the northeastern economy can now ill afford insurgency and ethnic clashes that had marred the progress of the region for many decades.

Against this backdrop, a series of consultations was held with development practitioners, government officials, panchayat representatives, community leaders and academics, to not just emerge out of this crisis but also on the ways to build resilient and self-sufficient communities in the region. Based on these consultations, a set of guidelines has been developed.

A response group with accredited social health workers (ASHA), auxiliary nursing midwife (ANM), panchayat chief, self-help group members and youth should be formed in every panchayat. The members should be trained to tackle infection in the community, quarantine and integration of recovered patients into the community.

The members should regularly be updated about COVID-19, for effective functioning. Quarantine centers, database of vulnerable villagers, doctors and nurses should be listed, and the response group should take immediate steps if any villager tests positive.

The immense social capital in rural areas of the Northeast helped communities withstand the impact of the lockdown. Panchayats, community leaders, women’s collectives and administrative block officials ensured that even the most marginalized received relief support.

There is now a need to build on this social capital by capacitating the leadership at all tiers to work with different stakeholders. The focus should be on rural infrastructure building, improving agriculture productivity, livelihood diversification, micro-entrepreneurship promotion and market linkages, to build resilient communities.

Overall, the region is deficit in agriculture production and has to depend on external support. In agriculture, seed replacement is low, leading to below par productivity. Line department along with community service organizations and panchayats should work extensively on this.

The annual demand for pork in the region is valued at about Rs 8,400 crore; 60% of this is met by imports. Traditionally, communities rear pigs. Commercial pig farming can flourish if good breed, vaccines and feeds are ensured.

Likewise, the region is milk deficit despite favorable climatic conditions. The same is the case with other commodities like garlic, potato, fruits, etc. Introducing new technologies and access to better inputs can address this shortfall.

In the Northeast, returning migrants and educated youth can play different roles in existing and emerging chains like food processing, backyard poultry, piggery, fish cultivation, horticulture and other micro enterprises related to farming and allied sectors.

Many of the young returning migrants are comfortable with technology. Institutions in the region like Indian Institute of Entrepreneurship, IIM Shillong, central and state universities, IITs and NITs should design short term customized business courses based on local context for these potential entrepreneurs. A collaboration of financial institutions, NGOs and panchayats can help the micro-entrepreneurs get credit.

The relative period of stability in the region in the last decade has translated into a steady period of growth, which in turn has fuelled a construction boom in the region. Labor for construction has mostly been from outside, who left during the lockdown. There is a need to skill local labor to fill this void in Manipur, Arunachal Pradesh and Mizoram.

In many states of Northeast, Mahatma Gandhi National Rural Employment Guarantee Scheme (MGNREGS) has not been able to take off. This pandemic gives ample opportunities for streamlining the program to build rural infrastructure like farm ponds, canals, check dams and embankments.

The other relevant investment is Individual Beneficiary Schemes in households for the promotion of small infrastructure for food and commodities that the region and local areas experience regular shortfall.

One major factor contributing for deprivation in the rural areas of Northeast India is that existing sources of livelihood are small with limited surplus availability. Most surplus passes through traditional traders, who pocket a major chunk of the profit.

Existing farmer producer organizations (FPOs) and new ones need to play the role of aggregator and collectivize commodities to benefit from economies of scale. FPOs need to work with the administration. Where towns or cities exist nearby, they should go for direct sales.

Spinning and weaving are part of the daily life of rural communities in the region. For many tribal communities, this art is interwoven into their cultural fabric. The art is fading as the new generation is not keen to get into it due to uncertainty of income despite the potential that the sector holds.

Eri and muga silk weaving should be revived. Systematic efforts in the form of social entrepreneurship, upgrading technology, collectivizing surpluses from primary producers and streamlining the supply chain can revitalize the sector.

The Northeast region is a bio-diversity hotspot and has the highest loss of tree cover in the country. There has been a steady degradation of biodiversity, with several species becoming endangered. Human animal conflict is a common occurrence.

Community service organizations and non-profits, with their deep penetration in some of the most inaccessible areas of the region have several roles to play to support the population in this crisis. They can develop models of livelihood, training panchayats and communities for pandemic resilience, build capacity of communities to access schemes and to be at the frontline for relief and rescue measures.

The pandemic and the subsequent lockdown have exposed the lack of self-sufficiency in the region, with surging food inflation. Going forward, there has to be seamless cooperation for food supplies, labor and material within the region itself. The North Eastern Council (NEC) can play a proactive role to ensure this.

There is significant inter-district and state labor movement within the Northeast. Better coordination will help address issues of labor deficit while mitigating the risk of bringing labor from outside. The African Swine Fever (ASF) crisis could have been better handled in Assam if farmers had been informed about the situation in Arunachal Pradesh, where ASF was first detected.

The rise in coronavirus cases would put tremendous pressure on rural livelihoods, existing rudimentary health infrastructure, the region’s bio-diversity and most importantly inter-community relationships. The need of the hour is strategic engagement on multiple fronts in a diverse inter-sectorial collaboration across the eight states to bring communities out of this crisis and create a sustainable economy in this new normal.