How to ensure better well-being of India’s elderly 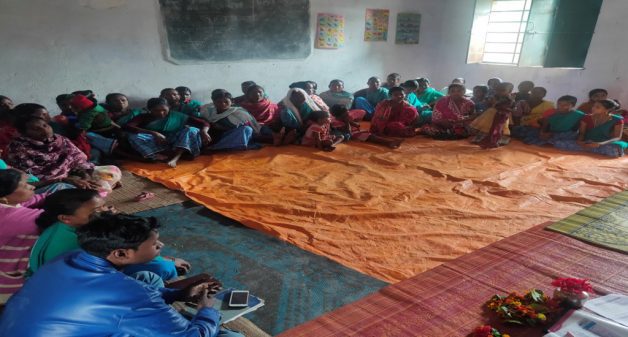 The strength of self-help groups (SHGs) in women’s empowerment in terms of their financial security and income enhancement is well known. But when several SHGs of a village come together as a village organization (VO), it makes the collective a new force that contributes to the well-being of members and transforms the community.

As such, the factors that influence the process of a collective must be the same for men and women; but the degree and nature of the impacts in case of women would be hugely different because of the existing social conditions.

Therefore, this note deals with the village organization of women. The inputs come from a study conducted across the state of Jharkhand, but the analysis has been generalized based on experiences I personally had and read over a period of three decades.

Formation of a VO directly, without getting effectively working SHGs in place, would bring in certain issues. These issues are relatively more difficult to deal with on a bigger platform. An SHG generally has 10-20 members. A well-founded SHG provides its members several important ingredients required to make an effective and efficient VO.

Some of these ingredients are – conducting regular meetings, discussing issues and arriving at conclusions, handling financial transactions and keeping records, dealing with banks, understanding the value of a collective, developing relationship with fellow women, etc.

The most important is, of course, the faith acquired in the SHG through financial security. A marriage, illness, damage of crop or house could push a family into the debt trap, with an interest of 100-120% per annum, with mortgage of an asset, which is usually a house, land or jewelry.

In several cases, due the inability to repay, the family loses the mortgaged property. The SHG provides such loans at much lower rates of interest. This makes the financial deficit much more manageable for the member.

This value creates a strong bond between a member and the collective, i.e., SHG. Built over a bunch of well founded SHGs, a VO provides additional scope for certain issues that are difficult to deal with in a small group.

The VO provides space for larger interventions that are critical to income enhancement, like common asset creation, group farming on leased lands, accessing bigger loans for new initiatives, etc. These efforts help in enhancing income of the members significantly.

Some of these cannot be achieved while working as small groups. As the VO is a larger group, it provides strength to create pressure to access government schemes for the village and for its members. Each successful initiative encourages the women to take on new challenges.

The VO provides a sense of belonging, as the women are from the same village, assuring a member of protection against unforeseen circumstances. “If something happens to me, my friends will support me,” said a member.

For most of the rural women, domestic violence is common and a major cause of sustained physical and mental pain. This kills their self-respect and confidence. The VO decides to intervene in some case where the violence becomes extreme. The collective works as a social asset that gets a woman space and voice in the family.

Their number provides them the strength to confront the situation. Any positive outcome of this intervention works as a deterrent in most other cases of domestic violence. It also encourages other members to share their problems.

The other side of this problem is interfamily conflicts. The relationship among members coming from different families provides a perfect platform for a discussion, negotiation and reconciliation. If required, the representatives of VO are also available for mediation. It reduces the heat of conflict and in several cases amicable solutions are worked out. It adds to the harmony in the community.

In the name of culture or traditions, across rural India, women are not allowed to be a part of decision making and social processes. It curbs a woman’s potential as a person. An SHG provides some scope for exploring the potential to contribute to household income. But the VO provides much larger scope for development as a person through various roles and interactions.

The process of evolution from a voiceless victim of domestic violence to a leader of a collective, acknowledged by family, community and administrative circles involves a few steps. The woman comes out of the shadow to join a group, which provides an identity.

Participation, discussions and decision making in a group ensures enhanced self-worth. Confidence, cooperation and competitiveness develop her potential as a leader. Capability to support family, speaking to a group of audience, talking to government, police, bank officials, etc. provides her an identity.

While discussing personal issues, the women discuss social issues that affect them. These would include the norms and traditions, which are anti-women and have not been addressed so far. These are so deeply practiced and accepted that even women have been made to believe that these were in their best interests.

One definite outcome of the VO is the change in the community’s attitude towards discriminatory practices. It is applicable at the individual level and community level. These practices could be on the grounds of caste, religion or financial status. The change in these three aspects helps community to have a better social environment.

In rural communities, caste hierarchy is usually very strong. Discussing common issues, especially in a group of women from various castes, is new for them. One who never allowed another so-called lower caste woman in her premises, sits next to her. They learn to talk to each other with respect, laugh, sing and sometimes travel together. There comes a day, when the same woman invites the other into her house.

Similarly, with increasing communal polarization, accepting someone from another faith as the leader is difficult. However, the response of women towards this has been much more positive. There are instances, where a minority woman has been given leadership, with full support and respect. The common interests in the collective motivate them on this, besides the usual sharing and caring as fellow women.

Another strong ground of discrimination in rural areas is the financial status. The arrogant attitude of a financially well-off person is a common experience in communities. It has been seen that working on a platform involving a large number of women mellows this attitude.

Influenced by the deep rooted patriarchy, even women are accused of practicing gender disparity among their children, which is invariably in favor of the son. The training on gender and logical interpretations for equality, make them confront their own thoughts about parity.

Interactions with women suggest that they pass through a stage of dilemma and difficulty before accepting gender disparity and then practicing to remove it. Once adopted for daughter, it extends to other women of the family and community.

This change of perspective is not a small achievement. The training and working in large groups and discussing issues of discrimination help in a practical change towards girls. It gets translated into their education, nutrition and wellbeing.

To have an efficient and effective VO, the most important requirement is a credible development agency, which is available to work with the women’s groups for at least five years. First two years for an SHG to take shape and start working efficiently and another three years to get the VO formed, resolve initial hiccups, develop systems and linkages, etc.

The competence of the field functionary is also important. To be able to help a VO grow to the desired level, s/he has to have skills and attitude required to help the women. S/he has to ensure regular meetings, compliance of systems, help in identification of right leaders, organize trainings and programs on financial, social, empowerment issues, etc.

Providing guidance to access schemes and ensuring initial successes are the critical factors to help the VO move in the right direction and at the right pace. Every collective needs time to mature and develop trust on group and processes, and the level of this accomplishment depends upon the development agency and the field functionary in a major way.

The SHGs were created across the country on a revolutionary scale, which helped millions of poor women on financial and social aspects. The village organizations could be the next level of intervention that could take their wellbeing to the next orbit. The time for a major initiative on this is now.

Suresh Sharma is a consultant with VikasAnvesh Foundation. After graduation from Institute of Rural Management (IRMA), Anand, he has worked in the development sector for over three decades. Views are personal.