How to ensure better well-being of India’s elderly

Extensive testing, treating the affected, and awareness about food habits to change malnutrition status have brought down the prevalence of anemia and improved the health of women 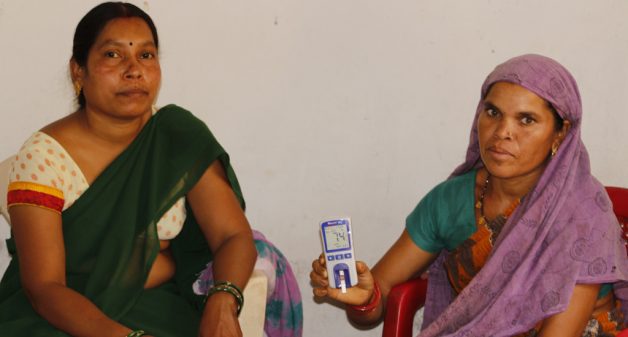 “I feel so tired and weak always. I am unable to do any work neither at home nor in the farm,” said 22-year-old Ganita Komra of Masulpani village in Narharpur administrative block of Uttar Bastar Kanker district. “I am told it is because I have only 7 grams of hemoglobin in my blood.” Currently families ignore related health problems unless it becomes very severe.

Lalima is a project that aims to address a key indicator of malnourishment i.e. anemia. The objective is to bring about awareness among women and adolescents (14-49 years) around anemia which is very severe in the district and to immediately cure severely anemic women and girls.

In Chhattisgarh, malnourishment is prevalent in adolescents, women and children due to various social and economic factors. Anemia, which is the lack of hemoglobin in blood and one of the key indicators of malnourishment, is very common in adolescent girls and women.

In Chhattisgarh, around 40% of the rural women are anemic. Uttar Bastar Kanker district has a high prevalence with 67.7% of the rural girls and women being anemic, according to the National Family Health Survey – 4 (NFHS-4) 2015-16.

The women and girls do not know that they are anemic/severely anemic and it is the reason for their various problems – fatigue, menstrual complications, weakness, etc. This was revealed when Professional Assistance for Development Action (PRADAN) professionals and community health workers interacted with women and adolescents on various occasions.

It was found that not more than 20% of the non-pregnant women were aware of their hemoglobin (Hb) level and the rest were clueless about it. Some said that they underwent the test in community health center when they had severe problems. They took the medicine prescribed by the doctor without understanding the reason.

“Other than pregnant women, here in our villages, most of the women and girls don’t know about Hb test and its relevance. For symptoms like weakness or menstrual problem they rarely visit doctors,” said Poya, an anganwadi supervisor.

“Here neither the family nor the women themselves consider the health and wellbeing of a woman as important. Also infrastructure is not available at village for testing. Women consider this kind of health condition as their fate, and accept and adjust to the situation,” said Poya.

In Narharpur block, while talking to members of women’s collectives during Poshan Abhiyaan, a nutrition program of the central government, in a group of 15 women and adolescents, only five were aware of their Hb content. Their maximum Hb was 10 grams and the rest ranged between 7 and 10 grams. There were only nine women from the participants of 20 villages who had 12 grams or more.

During meetings it was learnt that the women who had problems and got tested, had their hemoglobin count below 7 grams. Majority of the women facing similar problems did not know their Hb level since they had not been tested. Hemoglobin test for each and every adolescent girl and women seemed to be very crucial.

For children and pregnant women, government has regular tests, supplements, medicines through Integrated Child Development Services (ICDS), Nutrition Rehabilitation Center for severely malnourished children, and phoolwari yojna where hot food is provided to children under three and their mothers. However, adolescent girls and other women – the most vulnerable – are excluded.

PRADAN decided to highlight this issue by conducting hemoglobin test for every women in the 14-49 years age group in Naharpur block and sensitizing them to improve the condition. It was difficult for a civil society organization to reach that scale.

After deliberations with the district administration, aspirational district fellows and health department around the idea, its design and implementation were done at the district. And the project ‘Lalima – Loha Le Anemia Se’ was launched in May 2019 in Narharpur and Bhanupratappur blocks of Uttar Bastar Kanker district in the first phase.

The project was funded through District Mineral Foundation in coordination with government’s health department, ICDS and National Rural Livelihoods Mission (NRLM). PRADAN and the health department acted as knowledge partners in the project.

The knowledge partners facilitated technical training of staff of health department and ICDS, in addition to community leaders and women’s collectives’ members about malnourishment – anemia in particular. Health department ensured women were tested for anemia and sickle cell anemia and the affected ones were treated.

“We have been doing Hb test since last one week, I feel upset to find that seven out 10 women are anemic,” said Shashikala Markam an anganwadi worker, during the testing process.

The test results showed the enormity of the problem and the administration decided to roll out the project in all the seven administrative blocks of Uttar Bastar Kanker district.

“Three years ago, health related issues were never discussed in our SHG or VO meetings,” said Kachri Netam, a member of a VO. “Now we have started to discuss it in our meetings as we understand the importance of women’s health.”

After a year of the test, re-test was done in June 2020 for the severely anemic 8,513 women. There was a significant change – only 841 women in the district remained severely anemic. Engagement with them continues for complete treatment and further improvement.

Mohini Saha is a development professional with PRADAN. She has specialized in development management. Views are personal.