Their migration towards summer pastures coinciding with the first lockdown, and with severe restrictions on movement, pastoralists lacked access to pastures, water and fodder, besides facing discrimination 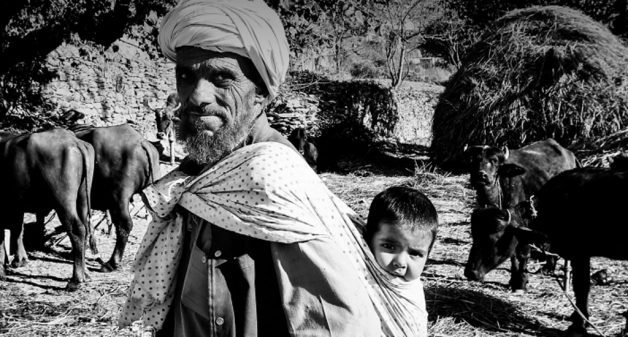 Jaga Vashraam Rabari of Vrajvani village in Kutch migrates every summer with his herd of animals for eight months. Villagers in Pattan, around 300 km from his village, usually invite and welcome him but this time, they did not allow him to enter the village due to myths around COVID-19.

“The presence of police personnel also scared us and our mobility was seriously restricted,” he said talking about sudden changes during the lockdown, evoked on March 25 in the wake of the pandemic.

A study from five states found that around 31% nomadic herders like Rabari were stranded while 51% of the herders’ inter-state movement declined during the lockdown. The drudgery of pastoral women, who were stranded outside the villages multiplied because they had to walk longer distances to fetch water, arrange for ration or to sell milk.

Around 93% herders reported increase in expenditure cost of livestock. Feeding cost increased four to five times. Fodder and water had to be purchased while these would have come for free if they had reached the pastures on time.

Pastoralist’s Life in Lockdown, a study by ActionAid gives details about discrimination, security issues, and financial and logistical hardships that pastoralists faced during the lockdown.

Nomadic herders, whose livelihood depends on livestock travel in search of pasture land. There are communities whose journeys start every year in April/June from Rajasthan, Gujarat and Maharashtra states and pass through traditional routes through different regions.

They stop at fixed places where people accept them and allow their herds to camp on their farms in exchange of manure. In the hill regions of Jammu & Kashmir, Himachal Pradesh and Uttarakhand, pastoral communities climb to the upper reaches for the summer. They pass through the same route, stopping at traditional resting places. The lockdown disturbed everything.

Restrictions on movement made it difficult for these communities to manage their livestock, as it was only through their travel that they could access feed. They had to divert routes and spend more time and energy working out where they could move. Expenses went up, and income from livestock through sale of milk, wool or animals declined substantially.

Support from the government and non-governmental organizations reached their families in the villages. But being on the move, the pastoralists remained without help. Access to health services was a particular issue, both for themselves and for their livestock.

The lockdown coincided with the pastoralists’ season of migration, when they move with their animals towards summer pasture. Around 32% pastoralists interviewed said they reduced their migration, while 30% delayed it.

After relaxation in the rules of the first phase of lockdown, some of the pastoralists proceeded for summer grazing. The remaining 38% did not change their usual timing of travel and started on their usual routes. However, they faced a lot of problems en route. Around 90% of the respondents found decline in accessibility to grazing lands and water; 80% felt decrease in access to fodder.

Most of them felt that any lockdown in future should not have restriction on their movement and access to pasture, since their animals depend on grazing. Around 94% pastoralists said they faced problems getting food and ration items while on the move.

When Naagji Bhai from Kutch was migrating to Mehsana district with his family this year, around 40 of their sheep were stolen at night. They reported it to the police, but no one was caught. After moving from pillar to post, they lost hope and stopped following up the case.

When herders travel on a known route every year, they develop their own social network and safety system. This also becomes a mutually beneficial exercise for villagers en route. However, around 57% of the herders interviewed said that they had to change their routes during the lockdown.

In the changed route, there were hardly any human habitations and they could not get food items easily. They could not use their mobile phones they kept to remain in touch with other group members and family because no shop was open where they could recharge their phones. And there was no network available for days.

The rise in thefts on unknown routes meant they had to monitor their livestock day and night. They did not have such issues on their usual routes.

There was, however, a positive side of lockdown as overall incidents of theft of animals or robbing of pastoralists declined. Around 67% of herders found decline in crime which could be attributed to enhanced security and restrictions on movement of people.

Livestock rearing involve a lot of investment in terms of money, labor and contacts to purchase medicine and fodder. The study found that while the rates of cattle feed went up, there was also an increase in livestock diseases which complicated the situation.

For 62% of the pastoralists, the delay or reduction of migration days had a huge impact on their income. Since the annual sustenance of these families is dependent on migration on a rotational basis, a setback for one complete year means that the flow is disturbed for a couple of years in future.

At the same time, cost of milk and other dairy products crashed amid fear of COVID-19 spread through animals. In Uttarakhand, Van Gujjars dumped 5,000 liters every day in April because nobody wanted to buy from them.

Usually pastoralists don’t carry cash. While traveling, they purchase things by selling products like milk, meat, wool or woolen products. This year, they had less income and it was difficult to meet the needs of the animals. Around 80% faced income crunch from all animal products while 90% mentioned decline in income from wool.

Around 84% of the pastoralists faced difficulties in camping near villages. In previous years, farmers and villagers welcomed and invited them to graze the animals on the post-harvest residue. However, this year due to the pandemic, people were scared and did not allow herders to camp near the villages.

There were also instances of physical attacks on Muslim herders in Punjab. More than 50% interviewed for the study said that they faced discrimination from villagers while 30% experienced increase in discrimination by local police and government authorities. In some cases, the pastoralists also avoided populated villages to escape harassment.

Livestock markets from where people purchase bullocks for agriculture purpose were shut. In many instances people were forced to abandon big livestock like cow and bullock as they had no resource to stall feed the animals. Access to basic health services for the livestock was affected. Around 89% experienced a big challenge accessing health services for animals during lockdown.

Availability of fodder and veterinary medicine was limited and whatever was available was too high priced. “Even after paying money, we were not getting cattle feed, due to scarcity,” said Bharat Gokul Bharwad of Manwarpur village.

“When we ventured to collect grasses from a nearby grassland, police stopped us. The price of cattle feed went up by more than 60%,” said Bharwad. Many of them said governments should provide support for livestock during these times like they gave ration support to people.

In response to this crisis, people felt, there should be relaxation and scope for collection and sale of their products without any restriction during any such lockdown in future. Government procurement may be arranged if there is no facility for local sale. This will help people to protect their income.