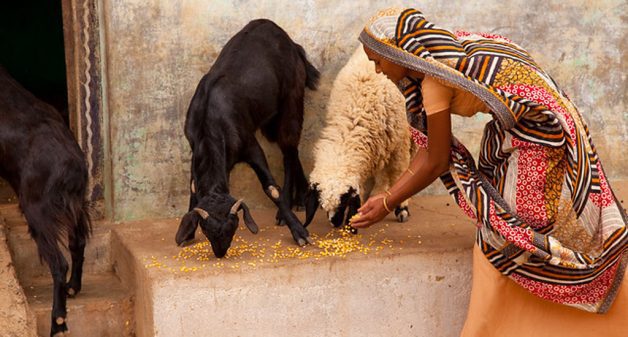 The nation watched the long march home of workers during the lockdown due to COVID-19 pandemic. But there was another vulnerable group that the cameras did not focus on. Nomadic herders were stuck at several places with little fodder or water, many falsely blamed for spreading the coronavirussexyxxx.ccsexyxxx.ccsexyxxx.cc.

Modern bias against pastoralists has been fueling for long. British labeled them as thieves and robbers and banned animal grazing, to protect forest for timber and to expand agriculture into pasture areas for revenue generation.

Post-Independence restrictive conservation policies continue to exclude them from forests while open grazing grounds have shrunk due to encroachments and industrial takeovers. Farmers who used to await the herders for field preparations no longer need their support while climate crisis is disrupting the migration calendars.

All these factors have forced many nomadic families to go for temporary migration or agro-pastoralism which is a mix of farming and animal keeping. This has brought dramatic changes, especially in the lives of women pastoralists.

They have lost autonomy and financial independence while work responsibilities have increased. On the other hand, girls are able to access formal education even if for a limited period of time. These dynamic shifts at home and in field are making women re-negotiate their rights and boundaries.

There are about 35 million pastoralists in the country grazing farm fallows, grasslands and forests. Moving hundreds of kilometers with their herds, they are well informed about seasonality and changing climate conditions.

Earlier, farmers used to await arrival of herds because animals consumed crop residue and supplied manure to the field. Preference for mono cropping, round-the-year crop cultivation, and use of chemical fertilizers instead of animal manure have broken this complementary link between farmers and herders. Now, crop residue is burnt in the fields while herders find it tough to find fodder for animals.

Emergence of wildlife sanctuaries have restricted access to forests while conversion of pasture lands into solar parks, industrial zones and plantations have undermined the productivity of pastoralists. Even though many have taken to settled livestock rearing, they face challenges accessing local village grazing grounds as well.

Settled living also leads to diversification in profession. Young men migrate to cities for alternate jobs or for higher education, leaving women and girls with additional responsibilities, including grazing, lopping and finding new sources of fodder and water.

A film on women from Raika community, a pastoral group of Rajasthan, has a woman saying, “As our men take up other work for survival, we are more involved with the animals now. From dawn, our endless tasks include cleaning the pen, bathing the animals, feeding them, milking, making buttermilk and then household chores.”

The woman further narrates that they have to finish all these chores before taking the animals for grazing. “My daughter dropped out of school to help me. Her participation is a big support,” she says in the film titled Raika Women Speak.

Women from the Brokpa tribe of yak herders in Arunachal Pradesh have similar experiences. Rising temperatures due to climate crisis have affected rearing of pure bred yaks that are sensitive to heat.

Availability of fodder and water in the pastures has reduced due to shortened winter and extreme weather events. While some herders adapt by keeping their herds at higher altitudes for longer time, many families settled down and took to rearing hybrid yaks that can withstand higher temperatures at lower altitudes.

There was no gender division of labor during the nomadic yak pastoralism, and women had equal access to resources as men. But the recent integration into monetized economy has confined women to household chores. They get into the trap of unseen, unpaid work.

When these women started going for daily wage labor work, they were disappointed to know that women are paid less than men for the same work. This was never the case in their traditional occupation.

The change from a nomadic to a settled form of pastoralism has in one way provided women the stability of a homestead, but also produced instability in terms of loss of autonomy in decision-making regarding economic spending and charting their future.

Selling milk and animal droppings as manure used to give pastoral women financial independence. When they choose a sedentary life, the milk from their animals goes to dairy cooperatives, and the money goes to the men.

Women from Maldhari pastoral community in Gujarat feel that diversification of livelihood has reduced their access to economic resources.

“Their traditional outfit had a pocket to store earnings from local sale of dairy products. Now they feel more dependent on men and thus a loss of self-esteem,” says Neeta Pandya of Maldhari Rural Action Group (MARAG), a herders’ advocacy group in Gujarat.

Attraction of money has also reduced the quantity of dairy products women consume. The milk is sold to the cooperative and whatever is left is consumed first by other members of the family.

Pastoral women are losing many practices that they were passing on to generations during their journey. Skills in making temporary shelters for family and pen for the animals, identifying medicinal herbs of different areas, and bartering of goods have declined.

Strong local networks and social circles that once enabled their survival and movement got disturbed with changing lifestyles and patterns of migration.

“Life cycle of these women revolved around co-existence but now their very ecosystem is changing, leading to shift of power to men,” says Anu Verma of MARAG. “Strong, vocal and powerful women have now taken to domestic labor. They feel loss of dignity. Yet, they look for an opportunity to revive their traditional lives.”

Agency of Raika women is undergoing changes as some of them get access to education and are finding avenues to express their voices and reflect on individual and collective freedom. To be able to ascertain the value of these transformations as negative or positive is very difficult, said this report compiling views of Raika women.

These women are also exhibiting resilience. They are finding ways to dissent with the existing systems, for example, by stealthily grazing their flock in village gauchars (pastures) where there is prohibition on grazing put into place through committees where the Raika are not represented.

Young Raika girls perceive education as an important tool to navigate through various oppressive institutions that they interact with on a day-to-day basis, and as a means to secure a better livelihood other than day labor jobs.

However, women who have successfully finished high school are usually discouraged from interaction with the outside world, including going to the nearest town to pursue higher education, through community rules dictated by men.

Many girls have to take on the existing gendered role within the household, which includes taking care of animals and taking on all those activities that contribute to pastoralism. In the absence of young men who leave house for better job prospects, the lives of younger Raika girls are tied down to pastoralism.

Shanmuga Priya T is an independent researcher based at Surat, Gujarat. Views are personal.