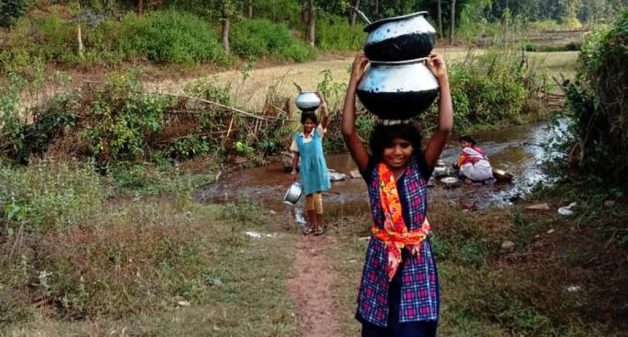 Women of Kapoti village in Dindori district of Madhya Pradesh regularly used to walk a distance of at least one km to fetch water from jhirias or shallow water springs originating from hilly forested areas. The Baiga tribes of Dindori depend on jhirias for drinking water.

“Sometimes villages here are on a higher elevation and the springs are found below. Thus fetching water was arduous, especially for pregnant women,” said Vimal Dubey of National Institute of Women, Child and Youth Development (NIWCYD), a Nagpur-based organization. Villagers drank the water directly.

“Many of us used to fall ill after drinking water directly from these springs, especially during monsoon. Some even died,” said Om Prakash Maheshwari of Kapoti village. “But now water from revived jhiria gets filtered in a tank constructed in 2018, and supplied through stand posts.”

Now Kapoti has 16 stand posts to facilitate easy water collection for household needs. The turnaround occurred in 2017, with the conservation of the surface water springs. Apart from Kapoti, jhirias have been conserved in four other villages of Dindori.

Even a few decades back, most of the springs used to flow throughout the year and catered primarily to the drinking water needs of villagers. But land use changes and deforestation impacted the region’s micro climate and the springs started running dry.

According to Amar Prakash, program coordinator in WaterAid, in hilly and mountainous regions, springs occur naturally but these are either vanishing or are not perennial anymore. Hand pumps would also run dry in summer.

As springs are surface water expressions, conserving them is vital to reduce the pressure on groundwater. “As we wanted people to use spring water for drinking, there was a sustained focus on spring recharge zones to revive dying jhirias,” said Prakash.

“In many villages of Dindori, residents depend on springs and dug wells for water supply. As these sources are shallow, there is no fear of chemical contamination. Sometime, there may be bacterial contamination, but it can be treated easily,” Prakash told VillageSquare.in.

Rajeev Bhargava of NIWCYD said conserving jhirias is part of the spring management program and is linked to the concept of ecological farming. “As the area is full of sal forests, the trees also help in protecting these water sources to a great extent,” he said.

“Experts from WaterAid, an international non-profit organization, told us about the importance of protecting jhirias and the need to keep them clean and pollution free at all times,” said Om Prakash Maheshwari of Kapoti village.

Though initiated in 2013, work on jhiria conservation started only in 2017. WaterAid with the help of National Institute of Women, Child and Youth Development, carried out the revival of springs in Kapoti, Kanari, Khapri Pani,Jalda andKathariya villages.

“Apart from protection, there was also a focus on water distribution to remote hamlets. Thus, we emphasized on water tanks and storage points for distribution through pipelines and stand posts,” said Prakash.

The piped water scheme is a comprehensive design and takes care of water sources as well as storage points from where pipes can supply water to villages. As part of the Jal Jeevan Mission, there is an emphasis on piped water in rural areas.

The government mostly relies on bore wells for piped supply. But in Dindori district the groundwater level is deep. “It is good that the government agreed that springs are a good water source of supply and jhirias can be used as alternate sources,” Dubey told VillageSquare.in.

With villagers getting piped water supply, filtration of jhiria water has become necessary. In the tanks, using the slow sand filter technique, water is filtered through a wire mesh, gravel of different sizes, sand and charcoal.

The residents of Kapoti offered their services through labor work while constructing the water tank. For the maintenance and repair of the tank as well as the stand posts, a water protection committee has been formed at the village level comprising 16 members.

In Kapoti as well as in the other villages, villagers are in charge of their assets. Sunaram Nawasia Baiga of Serajhar village said that NIWCYD tested the water quality of the springs. Serajhar’s 15-member water protection committee ensures cleaning of tanks once in three months.

Every household pays Rs 50 for maintenanceand the monthly average amount stands at about Rs 5,000, kept as gram kosh or village fund. The committee maintains the accounts regularly. The fund is exclusively for the upkeep of the water resources and the villagers do not spend it on any other activity.

“We have to spend a small amount monthly on maintenance and sometimes repair. But the advantage is that we get water all-year round,” Nawasia Baiga, who cultivates maize and minor millets, told VillageSquare.in. 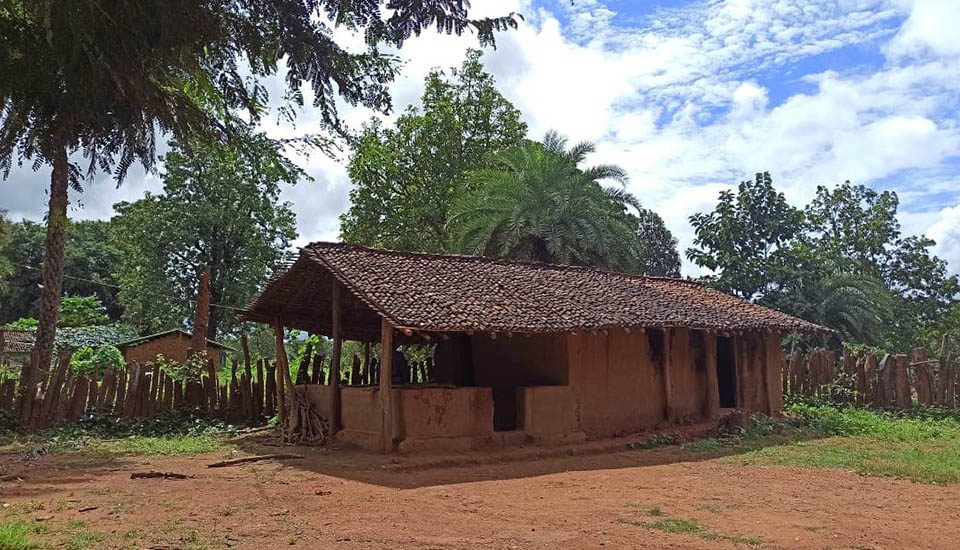 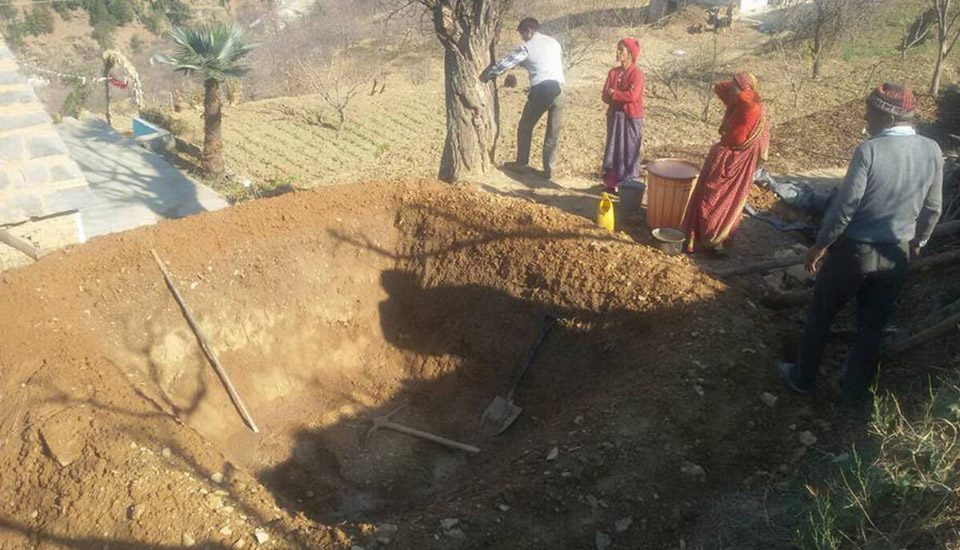 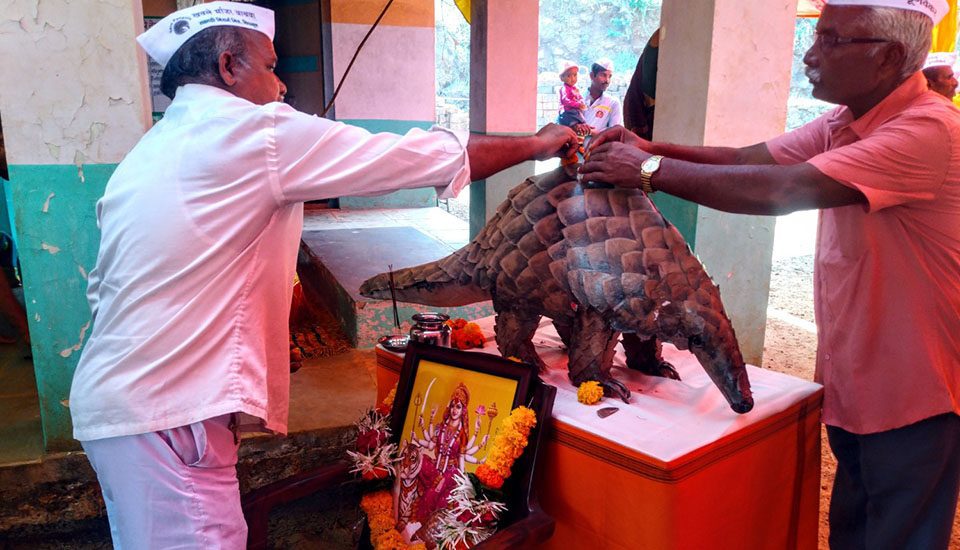