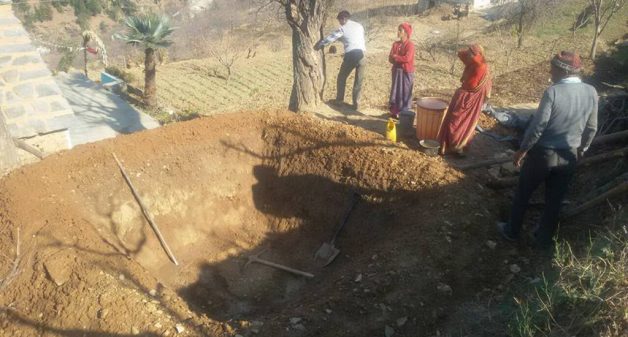 In Kedarnath town in Uttarakhand, in the year 2013, due to landslides and sudden severe flood in Mandakini River caused by a cloud burst, hundreds of people were killed or went missing. In addition, properties were heavily damaged.

On February 7 this year, a glacier broke in Rishi Ganga near Tapovan in the Garhwal region, causing severe flooding, damage to the power generating plant and considerable loss of life and property. If such a landslide occurred in the area of ​​large dams, the country would have to face terrible consequences.

Large dams supply water neither for irrigation nor for drinking purposes to the local public. Conversely, they pose a serious threat to naturally sensitive mountainous areas. Due to the large amount of water pooling in large dams, the mountains are subjected to extreme pressure.

Apart from this, heavy machinery and explosives are used in their construction, which also shake the foundations of the mountains. This increases the chances of landslides, earthquakes etc. in the mountains. Since the flow of rivers has to be stopped to fill large dams, the natural underground aquifer is also disturbed.

Despite the abundant availability of water in innumerable rivers in the mountainous region of Uttarakhand, the common people here have not been able to utilize that water since ages. The reason is that being a hilly region, the fields are situated at a height. Although in the past water was used to irrigate fields by canal system in many places, it proved insufficient and farming came almost to a standstill.

The Uttarakhand government’s water policy aims to harvest rainwater as well as conserve traditional sources. But the policies have not been effective on the ground. Water can be made available to villagers by making small reservoirs / dams or barrages on the hill rivers. The water stored thus can meet the water needs of the hill people but also those on the foothills.

Government can build small dams. Check-dams can be made in rainwater drains, which increases the soil’s water holding capacity and the rainwater accumulates underground. This will provide a big relief to the villagers struggling with water scarcity.

Past projects indicate that the focus of governments has been entirely on revenue. In the mountains of Uttarakhand, large dams have been built or are being built, from which electricity is produced and sent outside the state as well.

To ensure water adequacy in the mountains many people and organizations have made constructive efforts at different places. Keeping this problem in mind, a volunteer organization Janamitri Sangathan in Ramgarh and Dhari area of ​​Nainital district has done commendable work in saving water.

The institution built a tank to contain rain water, dug pits in the ground covered them with plastic sheets to store rainwater. The work was done with financial assistance and other support from other organizations. In this way, they have accumulated thousands of liters of water by making thousands of pits so far.

“This has fulfilled the needs of the villagers for drinking water, water for animals and fruit and vegetable cultivation, which has improved the economic condition of these villagers,” said Bachhi Singh Bisht, convenor of Janamitri Sangathan.

Janamitri Sangathan made a total of 314 tanks between 2017 and 2020, out of which 73 were built in Budhibna village of Dhari block of Nainital, 16 in Soupi of Ramgarh block, four in Lod and Galla and two in Nathuvakhan village. The rest have been made at Pata, Dhura, Dutkanadhar, Lodhia of Satbunga panchayat. In the year 2015 and 2016 also 100 tanks were made by Janamitri in Galla and adjoining areas, which are still functioning.

Thus about 50 lakh liters of water was collected from the water tanks made with the help of Janamitri, which was used by the local villagers. In this campaign of water harvesting, residents of dozens of villages have benefited.

“There is a lot of water scarcity in this area. The villagers also have to struggle for drinking water. For house construction etc., one has to pay one and a half rupees per liter and buy water from the tanker. I came to know the usefulness of these tanks during the construction of my house,” said Mahesh Galia, a local farmer.

Mahesh Galia has three tanks, each with a capacity of about 10,000 liters. Thus he had 30,000 liters of water from these tanks for the construction of the house, which saved him about Rs 45,000. They use water from the tank near the house for household purposes and to feed the animals, while the water in the middle of the fields is used for growing fruits and vegetables.

According to local farmer Hari Nayal, with water stored in a tank, in the first year he produced cucumber worth Rs 30,000. Currently he has four tanks, in which he stores up to 40,000 liters. He uses this water for irrigation of apples, apricots, peaches, pears and vegetables like peas, potatoes, cucumbers, etc.

In this way, produces fruits and vegetables worth about RS 3-4 lakh annually from the stored water. He says that he is not only self-sufficient from his farming, but is also free from the stress of the farming works.

It is true that storing water by digging pits and laying plastic sheets in them is a bit expensive in the beginning for the economically weaker people of the mountain. But if this work is done as community and cooperative effort, then water harvesting will not be a difficult task for the villagers.

Girish Chandra ‘Gopi’ is a writer with Charkha. Views are personal. Email: charkhahindifeature.service@gmail.com

This was originally published in Hindi in Charkha Features