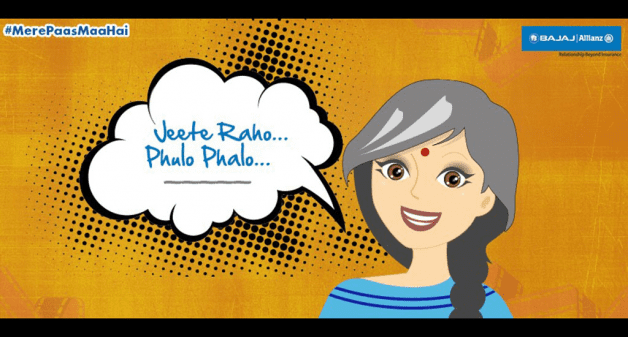 For a month I had been travelling to different villages within the Panna Tiger Reserve in Madhya Pradesh, to conduct workshops for women on sexual and reproductive health and rights (SRHR). Koshika, a maternal and infant health non-profit organization, set up by India Fellow alumni, provided the space for me to conduct these workshops.

I conducted workshops within the Panna Tiger Reserve, in the 10 villages they work in. I went with many tools and activities, but I brought back way more than I took along. One such takeaway for me is a great analogy that one of the women shared with me to understand the reproductive system.

Bina was sitting on my left among the 20 other women who were all hesitantly anticipating what I would say next. She was the bold one. Yet when I asked her to say mahwari (menstruation) out loud, she scoffed at me and said, “We don’t talk about such rubbish things.” And this was within the first 10 minutes of the first workshop I ever conducted for a rural community.

I was taken aback; though I expected such reactions to the topic every time, none actually surfaced. No one stops me from talking about SRHR topics, it’s only a gross assumption that the conversation would be difficult. But this time when I had cancelled the assumption in my mind, it did surface.

So here she was, presenting a public rejection of the taboo topic. My internal response was “Uh-oh, are they all going to dismiss me and shun me out of their village? Will they ever allow me to revisit? Will they question my legitimacy to even bring this topic to them?”

While all these thoughts were running through my mind – because I too had questioned myself at every step of my journey to this place – I had to let her continue speaking and express herself completely before I packed my bags and left, if at all. When I asked her why it was not a topic worth talking about, someone else answered for her that it is in fact important.

A rule that I had skipped made its way to the session – share the agenda and intention with the participants! Another 15 minutes into the discussion, things started working very smoothly. The initial rejection now became a very engaged participation. Bina was now the one with all the answers and she became a very important connector of our circle.

When I asked the women what happened when a menstrual cycle was missed, Bina was the one who gave me the analogy of ‘Phulo-Phalo’. This analogy is the age-old ‘Phulo-Phalo’ blessing that every newly married couple receives.

For all my life, the understanding of this blessing has continuously changed. As I grow older, I am able to attach more meaning to this. Initially as a child it meant, be blessed with flowers (phool) and fruits (phal). It was an innocent and partially correct understanding.

Then as a teenager I understood that only married couples were receiving the blessing. It must mean something related to having children, I figured out. Perhaps the stomach increasing in size (another meaning of phoolo) and bearing fruits of pregnancy.

Now as an adult, Bina showed me the logical meaning of this blessing. She said every month the woman gives flowers, which is the phool and sometimes she may give a fruit, which is the phal. Flowers here meaning monthly menstrual cycles and fruit, the occasional pregnancy and offspring. The blessing thus was about regular menstruation and childbirth. The blessing was about healthy fertility!

I couldn’t believe how correct this analogy was. Of course, even in plants, flowering is a step towards reproduction and fruits bear seeds for procreation. They were using such a biologically appropriate metaphor for human reproduction!

Then I remembered that even in the biology books of 9th grade, when we were taught about human reproduction, the first part was always about reproduction in plants. Why couldn’t I make that connection then?

Bina and her community had never read that biology book, they had in fact never even gone to school. For them it must have been a societal exploration of how plants reproduce and from there they must have drawn a similarity between reproduction in plants and humans. The age-old blessing stems, not from formal education, but from a carefully studied understanding of the reproductive system in nature.

In many other instances where I was sharing information with them about sex and sexuality, I realized that much of what I was sharing wasn’t new information to them. I was just filling some gaps in their understanding and encouraging them to think analytically about what they were already practicing sexually.

I ended up talking to them about how wearing a condom works as a contraceptive and protects from sexually transmitted diseases, not the reason why wearing a condom is good or bad. They can make their own choices, knowing the reasons.

To be honest, I did get intimidated when in the middle of the session I realized that I would have to change my perspective with which I was conducting the workshop. But in hindsight, my job has become much easier, it is not “on” me to change behaviors and show impact of sex education in rural communities.

Education on its own is dead information, unless the learners apply what they learn. The impact of sex education will be seen if the community chooses to apply the information I have shared with them. To apply the information, they will have to make choices. Can they all make choices based on their wants? No one can, when strings of the community hold you as a puppet. The agency to make those choices is where I must build my work.

Simran Sanganeria is 2018 India Fellow and a sexual and reproductive health and rights facilitator. Views are personal. Email: simransanganeria@gmail.com