As communities rose to fill the lacunae in rural public systems, it is time the potential of the social capital was recognized, and grassroots institutions strengthened for rural transformation 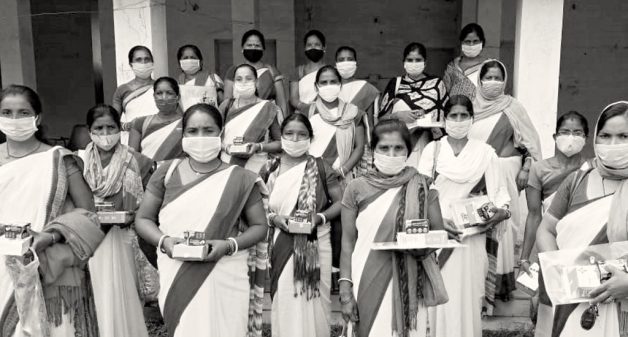 The farther the locus of power and decision making in the government from the people and their locale, the worse tends to be the performance of the government. Diverse strains and versions of statements repeating the above dictum and voicing the criticism can be heard time and again.

‘One shoe does not fit all’ is a constant refrain. Inability to accommodate necessary variations appropriate to a locale and a community in the standard formulation of a program is considered one of the reasons for this.

The necessity of implementing the program through layers of bureaucracy separating the locus of decision making and the locus of action is considered the second cause. Inability to understand local needs and mesh them with the program is the third cause.

Inability to mobilize local demand for any centralized supply-driven program is the fourth reason. Inability to match the behavior change communication mounted for effecting change in the community with the idiom and the cultural ethos of the community is the fifth reason.

Finally, without local participation in design and implementation of programs, local initiative and agency become stifled and people become mute supplicants of the state officers doling out patronage rather than delivering services.

Rent seeking does become rife in such an environment. For all these and similar reasons, the prescription has always been to shift the locus of decision making and responsibility for implementation as close to the people as possible.

For issues concerning the rural population, this logic drove the 73rd Amendment and later its extension to tribal areas under the 95th Amendment. States under the erstwhile Bombay Presidency had been practicing decentralized development administration for a long time before the amendment. However, this amendment gave constitutional status to the Panchayati Raj institutions and mandated them across the entire country.

This amendment introduced a whole new chapter in the Constitution and laid down that a wide range of functions would essentially be performed by the village panchayat. As is to be expected, till resource transfer matched this constitutional mandate, nothing much was expected to happen and it did not.

The 14th Finance Commission partially corrected this anomaly by mandating direct resource transfers of some magnitude to the panchayat. The issue of bandwidth of the panchayats is yet unresolved as is the status of their power equation with the state officers.

The issue of effectiveness of decentralization as compared to ‘localization’ which we will discuss below has come to fore in the wake of the pandemic. Pandemic has brought in many a fact, truth to the rising and shining India from a world which we thought existed only in old Bollywood movies.

Poverty, inequality, poor access to basic human needs, even dignity in death all seem to be just beyond the present scheme of governance, government and community. The fault lines are so brutally bared in an Azim Premji University survey. According to the survey an estimated 23 crore Indians have been pushed into poverty at minimum wage line.

The second wave has exacerbated the situation in rural areas – with rapid surge and deaths.  Even the job uptake under Mahatma Gandhi National Rural Employment Guarantee Scheme (MGNREGS) has shown decline with fear of infection at worksite.

Migrant informal wage earners are suffering loss of income in cities with all kinds of lockdowns. The impact may be on some 40 crore rural Indians. Almost 60% of the rural households are witnessing income and asset losses, and consequent nutrition deprivation with long-term consequences. Mutually reinforcing interlock of health-livelihoods-hope is in a tailspin.

The traumatic effect of COVID-19 on the entire nation has shown at least one positive fallout. A new model of governance appears to be emerging not because some high-powered committee recommended it and powers that be so willed, but the situation forced by concomitant problems.

As the pandemic posed unprecedented challenge to the very existence of people and as they saw the terrible lacunae of the public systems all over rural India, in many places communities have played significant role in ensuring a modicum of well-being.

Particularly in the BIMARU states of Bihar, Madhya Pradesh, Rajasthan and Uttar Pradesh, we discover that as a rural society, there is a huge fund of untapped social capital that is capable of empathetically and resourcefully responding to each other even as the state systems falter and fail to deliver.

While it is par with us to supinely bemoan waste of tax payers’ money and throw tantrums about political accountability, it is important also to discover practical ways of harnessing this untapped social capital.

This effect of communities taking charge of the situation to a much greater extent than ever before has become facilitated wherever alternate platforms for collective action, whether mature or nascent, were available. This is the new model of community – Panchayati Raj institution – government collaborative compact in the society.

Learning from this key, the unlock (yes which can help us stay unlocked longer!) is in fostering local neighborhood response systems. During the first wave, some efforts were made on COVID Committees; these demonstrated their potential, but, without systematic investment and support, they withered.

This effort, in our understanding, apart from near term results, can strengthen systemic pathways of resilience on both health and economic dimensions, the unique pathway of community-based organizations – Panchayati Raj institutions – local administration (CBO-PRI-LA) leading to deepened democratic processes and place-based economic opportunities.

Implementation with women collectives and embedded within national livelihood programs, the credibility of the SHG-VO-CLF stands to be leveraged for comprehensive rural transformation.

A natural question to raise is if all CBOs are capable of entering and successfully driving such a compact or only CBOs formed and guided by a few well-known NGOs can do so. Secondly, we are aware that India has become an expert in glorification of a concept and after its cliched use and abuse, its vilification in practice.

While the CBO-PRI-LA compact is open both to elite capture and trivialization, we have seen it to be a powerful platform for reaching welfare to the people. In the second part of this story we shall provide examples of this new social compact and the salutary results they have given in a limited time period.

We shall also explain how the new compact answers most of the reasons for poor performance given in the first paragraph. We are confident that the promise the new compact holds is well worth the trouble in exploring it to its limits.

Anish Kumar is part of the lead team at Transform Rural India Foundation. He began his career at PRADAN. He has a postgraduate degree in forest management. Views are personal.

Anish Kumar is part of the lead team at Transform Rural India Foundation. He was earlier a member of the leadership team of Professional Assistance for Development Action (PRADAN).