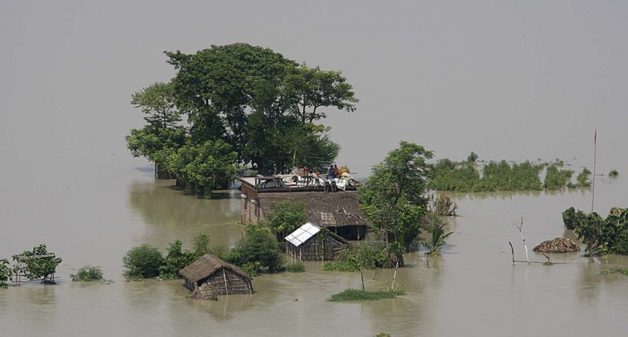 Rural homes in several regions of the country are prone to severe damage if not complete destruction due to disasters. Floods affect the middle and lower Gangetic plains and the entire Brahmaputra basin. Flash floods, consequential sand cast, changes in the course of rivers and riverbank erosion, all lead to very severe damage to homes.

Sub-Himalayan regions in the Western Himalaya are prone to mud-slides and tremors. The entire sub-Himalayan tract is earthquake prone. Cyclones have been periodically wreaking havoc in Odisha, West Bengal and more recently on the western coast.

The current year saw record damage and loss to life due to lightning strikes. Each of these natural disasters causes very high level of damage to the homes of the rural poor. And then of course there are occasional but intense episodes of anthropogenic issues of riots which result in loss of shelter and property.

Nor are large cities immune from such events. Pune and Mumbai have been witnessing major disasters due to landslides following phases of intense rainfall each monsoon and such disasters cause extensive damage to homes of the poor as well as others who build too close to hill sides vulnerable to slides.

Yet, as our preliminary investigation reveals, just no one seems to be insuring their home or household goods. As usual in other cases, those who take home loans are often encouraged or even compelled to take insurance during the pendency of the loan but else people just do not buy home insurance. We explore this phenomenon.

To be fair to us Indians, it needs to be noted that this behavior is not unique to India. A well-known expert on disaster insurance, Howard Kunreuther has since long argued that disaster relief acts in some sense as a substitute to insurance. He has also argued in his recent work, The Ostrich Paradox, that people refuse to take cognizance of low probability events which could be disastrous for them. Thus, not buying home insurance appears completely in keeping with the general human behavior though of course it may not be rational!

To me it occurs that the following factors influence the buying behavior (or behavior characterized by not buying) of home insurance products.

For the sellers, the disincentives to sell are many. In the first place, most disasters which can damage homes tend to induce risks which are non-diversifiable. The home insurance product would appear profitable only if, say for every 100 owners of insured houses who will need to be compensated when a disaster hits, there are say 1,000 homes whose owners will keep paying premium but will not need to be paid any claim.  Insuring homes in a town in Uttarakhand on hill slopes is a foolish business if people living in say Indore which has no land slide threat do not also buy insurance. Surely the people in known disaster-prone regions would be far more inclined to insure their homes and its contents than those living in regions which are outside any significant danger of disasters. This non-diversifiability thus combines itself with adverse selection.

As common parlance saying goes, Bihar was said to have three seasons: kharif, rabi and floods! This persiflage hinted at the manner in which some people in the Gandak or Kosi flood plains routinely benefited from claiming compensation from flood damage each year. Whether this is the reality or a cruel joke, this does point to the huge moral hazard present from the point of view of the seller. The stories of people digging a few bamboos and hanging a rag over some string as a telltale evidence of their home washed away in floods are quite numerous. In reality, it is very difficult to verify the very existence, leave alone the extent of damage to a home when it is made of bamboo, mud and thatch (or even a pucca one) standing on a piece of land which the river swallows leaving just a memory and a claim.

In some sense then, disaster insurance, at least insurance against flood disasters, has the same characteristics of crop insurance: non-diversifiability, moral hazard and adverse selection. Thus it is no surprise that insurance companies managed by hard-headed sensible managers, do not wish to push the home insurance product in rural areas.

So the question contained in the title remains: are we ostriches who ignore a danger by putting our heads in sand or just supplicants who will go with extended open palms to the maybaap sarkar if our homes are destroyed in a disaster?