By working together with zeal, development organizations and governments can overcome inherent challenges in rural India and bring about a positive change 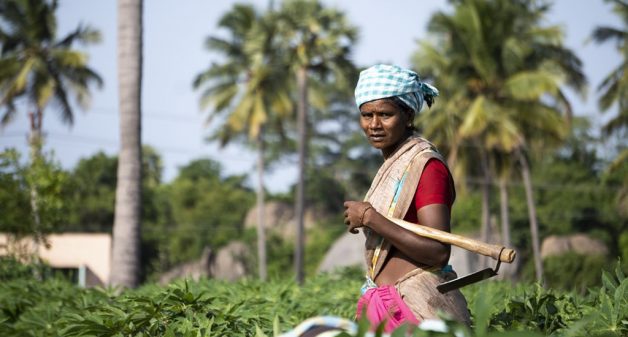 India Rural Colloquy, a week-long online program, organized by Transforming Rural India Foundation (TRIF), which works with non-governmental organizations and governments to develop and deliver solutions for rural India. The discussions in the colloquy were on challenges and solutions, and in visualizing the rural Indian landscape 10 years from now.

Sanjiv Phansalkar, a member of the advisory council at Transform Rural India (TRI), and former program director at Tata Trusts, said that youth in the company of experienced elders would learn a lot, and the aged would find moments of happiness and fulfilment in their company. This would benefit both.

The prevailing functional anarchy in the country as he called it was highly detrimental to growth. He said that we Indians were in the habit of complaining all the time and loved playing the victim card. “As a nation, everyone in our country feels that he has been wronged, so he keeps cribbing all the time,” he said.

Another thing that pulled back all the development was our habit of always talking about our rights and totally forgetting that we also have duties. He said rights with a sense of responsibility should be the right nationalistic approach.

Bharati Gupta Ramola, a member of the advisory council at TRI, and former markets leader at PwC India, sketched her dream of rural India in 2030. She said she visualized rural India with pucca roads and houses, a good healthcare system with a special focus on women’s health.

She said that she had special dreams for the youth of rural India which she wanted to share. In a decade from now she visualized a quarter of the rural youth in colleges, the second quarter engaged in skilling sector, the third quarter pursuing higher education and the fourth quarter joining their elders in agriculture.

She was highly critical of the obsession of Indian youth in getting government jobs. She said that it was highly destructive for their growth. “We must discourage this mindset in our youth as government jobs are few; when a young man fails to get one he loses all confidence and self-labels himself a failure,” she said. “We must instead teach them to adopt the entrepreneurial approach and increase their canvas.”

In 2030, Ramola’s dream Indian villages would have good educational facilities, healthcare, and proactive management of environment, all in perfect synchronicity. She said that even though it was but an El Dorado, her heart wanted to believe it as true.

She urged everyone to try to be a part of her dream for rural India and work towards making at least a part of it come true. She however said that inequalities in women and Dalit could not possibly be wiped out in the near future. She suggested that we should start working on removing these social biases right at the school level when minds can be molded easily.

Ramola warned about haphazard structural development and said that care must be taken when modernizing a village. They should not morph into unplanned cities. She said that except a few planned cities like Chandigarh the rest of the cities were unplanned and therefore an eyesore. She said resources used for infrastructural development of rural areas must be done with care and precision.

“A handful of medals at the Olympics by a country of 1.4 billion is not enough, we must train rural youth to become big game changers through sports,” said R Venkataram, a member of the advisory council at TRI, and former managing trustee at Tata Trusts.

He said that technology is an equalizer and helps destroy inequalities prevalent in society. He said good training can take our youth, especially in rural India to great heights. He was of the view that a hyper collaboration of networks will help bring change faster.

Venkataraman said that there is a need to remove not only inequalities but also insensibilities. He said the leap forward in technology has only increased inequalities. Citing an example he said that webinars are limited to those who have access to technology.

During the course of the discussion moderated by Soumitra Pandey, partner, The Bridgespan Group, the panelists dwelt at length on the aspirations of the rural community and how best to provide the village population opportunities of growth sans any gender bias, ensuring an all-around growth in rural belts.

In the post-pandemic glocal society, economy, and technology are going to impact opportunities more. The panelists, with many years of experience in their respective fields, spoke of paths that men and women in rural India had to walk to fulfill their aspirations.

The experts said that challenges such as patriarchy and caste systems are big challenges that can be overcome with sustained and joint efforts. All stakeholders must join hands to carve out a better rural India landscape together.

Anish Kumar, part of the lead team at TRI, in his welcome address had stated that they had chosen August for the colloquy since it is the month of the revolution, the month of our country’s Independence and it also had Friendship Day. He said big changes are possible only if we work together with fervor, commitment and zeal.

Kulsum Mustafa is an independent journalist. This report was first published in Jubilee Post, and can be read here.