The pandemic has exacerbated the multiple barriers that women face. Gender-specific policies and accountability in implementation are needed to ensure gender inclusivity 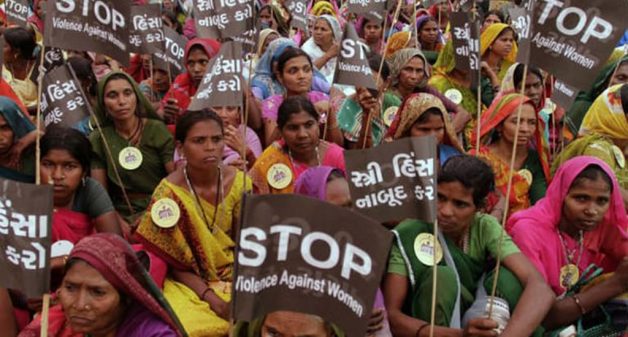 Invisible women are never part of any government policies. For India’s gender equality graph to grow, it is important that women are counted in, and that gender issues are viewed through the right lens. There should be a strong and committed political to carry out reforms and provide solutions. These will help in framing effective pro-women policies and in ensuring gender equality.

It was Sarojni Ganju Thakur, independent gender advisor, and former additional chief secretary of the Government of Himachal Pradesh, who expressed these thoughts during the India Rural Colloquy. The colloquy, an online event, had been organized by Transforming Rural India Foundation (TRIF) which supports non-governmental organizations working at the grassroots, and delivers solutions.

Thakur said that though a lot has changed in India in the last 70 years since Independence, very little has been done on gender equality. The most glaring example is our declining sex ratio. She added that gender equality is needed everywhere, right from public transport, to parks and malls. “We should not be gender-blind and keep working on our safe cities program,” said Thakur.

Gender budgeting is vital for empowering women at all levels, said the former bureaucrat. She suggested that for better results it would be wise to start with a few sectors first. Putting in place accountability for gender equality policies would help in ensuring their implementation.

Thakur was critical of perpetuated images of what is normal for women. For instance, the government’s Ujjwala scheme where a free gas cylinder and cooking stove were provided by the government to women of poor families presumed that the cooking was done only by women.

She also spoke about unpaid care and said that it stops women from doing productive work that could make them economically independent. She said that it must be the sacred duty of self-help groups to work on enhancing gender relationships.

Suneeta Dhar, independent gender advisor, and former CEO of Jagori – an organization working towards women’s empowerment – used her vast experience in the development sector to illustrate her conversation. She chose the conference on gender equality in Beijing to illustrate her viewpoints.

The 23rd special session of the General Assembly on Women 2000: Gender Equality, Development, and Peace for the Twenty-first Century took place at the United Nations headquarters in New York in June, 2000. It adopted a political declaration and outcome document entitled Further actions and initiatives to implement the Beijing Declaration and platform for action.

Dhar said that women who represent India at such conferences maybe just a few in number but they carry the power and voices of all the women in the country. Change in the legal system is vital for gender equality, but resources are inadequate, it was pointed out.

She was critical of the fact that there were not enough resources to take gender issues forward. “There is a commitment but there are no resources to fulfil this commitment. Even our national budget for women is very low,” she said.

She appealed to all those who supported gender equality to ensure that the government and other donor agencies walked the talk as far as resources were concerned. Dhar said that a lot needed to be done and so it was important that those whose thoughts aligned formed alliances, collected data about gender issues and supported the right leaders.

As someone who has worked on the grassroots level, Dhar was very critical of unpaid care which is not acknowledged or appreciated; this is true of the work of domestic helps which is hugely devalued. She spoke of the increase in domestic violence and crime against women during COVID-19 lockdown.

“Home is no longer safe, we must address fear of violence that restricts choices for women and forces them to introduce self-censorship to escape being blamed and shamed,” she said. “Changes in public spaces and making them safe for women is very important.”

She impressed upon investment in prevention, as it would be a confidence booster for women. She emphasized that it was important to have a re-look at the laws pertaining to women, and also important to track access to justice continuously.

She sought stringent laws to protect witnesses as it would help in securing justice for the victim. She stressed that resources were important and that they be properly utilized in the interest of gender equality.

Inclusive cities Sanjay Srivastava, professor of sociology at the Institute of Economic Growth, the lone male speaker in the panel, said that gender must be looked at as a relationship and not in isolation. He said that the invisible women must first be given a face and then through data, their needs must be identified and accordingly policies should be designed.

“Women must assert themselves, reclaim their spaces from men keeping in mind that those enjoying power for so long will not give in easily,” he said. Asserting that gender is a very complex term he said that a total gender shift is required in order to raise the bar for gender equality.

Public spaces must belong to all, irrespective of their gender. Srivastava said that plans for smart cities must be designed in a way that they included all genders. He said that infrastructure must be women-friendly. CCTV cameras must not be used for surveillance but for protection.

The panelists discussed challenges, solutions and visualized rural India 10 years hence in the context of gender equality. They all agreed that in order to bring about changes it was first important that women must be counted in and that they should not remain invisible identities.

Madhu Krishna, deputy director, Gates Foundation, moderated the session. “Absolutely nothing is possible without first setting gender equality in place, and the sooner it is realized and work on it begins the better for humanity at large,” she said.

Krishna used statistics to illustrate her point and to justify the urgency to start work in this sector. Listing the gender disparity she said India figures low on the gender equality parameter. She said that gender equality should be at the center of all infrastructure planning.

She said gender equality is the ground on which we must rest our feet first if we wanted to progress. We have to cut through not one but multiple barriers which stand in the way of gender equality. Krishna said that the pandemic has brought all the inequalities more sharply into focus.

These conversations matter not just to rural India but pertain to the entire country. If these suggestions are implemented through government policies they will certainly herald in commendable changes in India’s rural landscape.

Kulsum Mustafa is a freelance journalist. The original write-up that first appeared in The News Agency can be read here.