Dependent on other states for seeds that are often unsuited for local conditions, Himachal Pradesh government has introduced a scheme to produce quality seeds locally 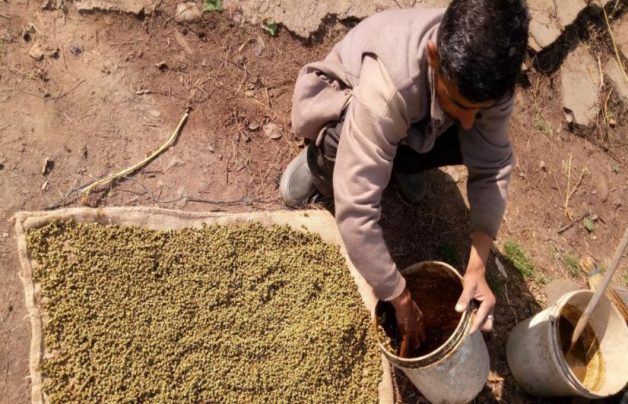 Agriculture and allied activities contribute to 13.62% of Himachal Pradesh’s gross domestic product. Around 69% of this hill state’s population earn their livelihood from agriculture. However, with a steady rise in input cost, the number of people involved in agriculture is on the decline, and people are migrating to towns and cities in search of a remunerative livelihood.

To reduce the cost of agriculture and produce seeds that suit the local conditions, the agriculture department of Himachal Pradesh has launched Swarna Jayanti Bheej Samvardhan Yojana. The scheme aims to reduce the import of seeds from other states and achieve self-sufficiency. It also strives to promote locally available seeds and supply them to farmers at affordable rates.

Only 1% of agricultural land in Himachal Pradesh is used for the production of seeds. This meets 20% of the state’s total seed requirements. As the state is forced to import the remaining 80% of its requirements, there have been challenges.

At present, Himachal Pradesh imports 100% of its requirements of maize, barley, peas, millet and vegetable seeds from other states. Besides this, Himachal imports 90% of its paddy seeds, 91% of its oilseeds, 99% of its pulses, 95% of gram seeds, 53% of wheat and 45% of ginger seeds. Farmers have often complained that these imported seeds do not sprout.

To address these issues, the agriculture department has adopted a two-pronged strategy. Accordingly, for the fiscal year 2021-22, keeping in mind the demand of 1.80 lakh quintal of paddy seeds, the department has set itself a target of producing 96,855 quintals of seeds within the state.

Nine registered farmer groups will produce around 95,000 quintals of seeds. The department will procure these seeds from the farmer groups and sell to other farmers. In the second strategy, the department would promote natural farming, and through Prakritik Kheti Khushhaal Kisan Yojana (PKKKY) would produce seeds on the lines modelled by zero-budget farm proponent Subash Palekar.

Under this scheme, seeds will be produced in 12 out of the 26 farms of the department jointly with 130 other farmers’ associations. The master plan drawn under PKKKY will ensure that wheat, paddy, barley, pea, chickpea, Indian corn, ragi and coarse cereals are produced locally so that the state’s dependence on the import of seeds is pared to a minimum.

As part of its seed multiplication drive, the department will collect seeds available with the Indian Council of Agricultural Research, Krishi Vigyan Kendra, Punjab Agricultural University, Dr YS Parmar University of Horticulture and Forestry, National Bureau of Plant Genetic Resources and farmers who have worked for the cause of multiplication and conservation of seeds.

The seeds so produced, will be supplied to farmers. According to Rajeshwar Singh Chandel, executive director, Prakritik Kheti Khushhaal Kisan Yojana, the department has formulated this action plan for multiplication and development of seeds, and is working in consultation with experts and institutions in India and abroad involved in agricultural development.

Naresh Thakur, director, department of agriculture, says the department is working on protection and multiplication of seeds through the Swarna Jayanti Bheej Samwardhan Yojana. The department has set about this task of seed production on its farms with assistance from farmers to ensure that the state is self-reliant in seed production, which assures food security to its population.

Virender Kanwar, the agriculture minister, said his department has started the above schemes in a planned manner to ensure that the farmers in the state get the best quality local seeds and on time. “The results of the above initiatives will be there for all to see within one year,” Kanwar said, adding the government and his department are committed to the welfare of farmers.

Ashish Gupta, trustee, Gram Vikas Trust, that works for preservation of seeds and welfare of farmers said seed production has been limited to a very small area in Himachal Pradesh and hence dependent on other states. “Many of our traditional seeds are on the verge of extinction and the move by the state government is commendable,” said Gupta.

If the above initiatives undertaken by the department do bring about the intended results, this will in turn directly benefit around 9.61 lakh farmers in the state. Around 80% of farmers in the state are small and marginal farmers. Government’s initiative to get farmers get quality seeds on time will certainly add to their economic well-being and ensure a prosperous life for them,” said Gupta.

Rohit Prashar is a journalist based at Shimla. Views are personal.

This story was first published in 101 Reporters. The original can be read here.