The road to participatory democracy cannot be paved with good intentions alone but needs resources, sustained work and self-critical reflection by villages and voluntary organizations alike 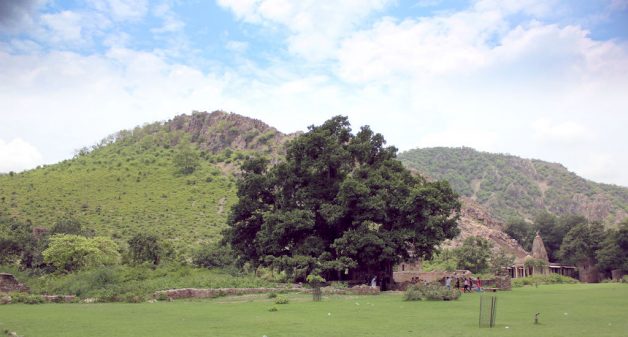 There are many lessons to be drawn from the experience of participatory development that gathered steam in the 1980s. The chief among them is that unless development interventions adopt a bottoms-up approach where the stakes of the community are clearly articulated, no amount of good intentions would necessarily translate into success.

Government policies towards forests and afforestation work became increasingly progressive in the 80s. One landmark event was the declaration by Rajiv Gandhi shortly after he became Prime Minister in 1985 was that the country needed a people’s movement to meet India’s environment crisis. Researchers at the Society for Promotion of Wasteland Development (SPWD) had pointed out that the country was loosing its forest cover rapidly, giving rise to wastelands. They along with voluntary organizations and environmentalists convinced the government that an effective counter to this process of desertification required the full-fledged participation of communities in afforesting degraded lands on a massive scale.

The Prime Minister accepted their advice and set up the National Wasteland Development Board (NWDB) under the Chairmanship of Kamla Choudhary, the then Executive Director of SPWD. The mandate of the NWDB was to support voluntary organizations to assist local farmers to afforest degraded lands.

It was in this context that Seva Mandir, a voluntary organization based in Udaipur that was working among poor peasants in the Aravali hills got involved. It received some funds and mobilized over 5,000 farmers to plant two million saplings in the course of the two monsoon seasons of 1986 and 1987. Seva Mandir accepted this challenge on the assumption that forest dwellers and peasants would be highly motivated to plant and nurture saplings, given their dependence on natural resources for their daily needs and livelihoods.

This assumption proved to be only partially true. Seva Mandir underestimated the difficulties faced by farmers to protect and nurture trees, given the shortage of water and the challenges of protecting these saplings from being browsed by goats and cattle. More problematic was getting villages to cooperate with each other to afforest common property resources. Seva Mandir underestimated the extent to which village communities were divided and their weak ties of solidarity.

While Seva Mandir was successful in getting saplings planted on private land, it noticed early on that the demand to plant trees on Common Property Resources (CPRs), that is pastures and watersheds, was muted. This was because most common property resources were heavily encroached. Lacking secure tenure, villagers were hesitant to make long-term investments on these lands.

A couple years latter in 1988, the government changed its forest policy. It made a paradigm shift by saying that the first claim on the forest resources would be that of local communities as opposed to that of the state and commercial interests. This shift created the ground for the issuing of the joint forestry management guidelines in 1991. These guidelines created the possibilities for local communities to become co-mangers of forest department managed lands.

The basis of these guidelines had been drawn from successful experiments in the forests of West Bengal where forest department officials had shown conclusively that involving forest dwelling communities in the protection of Sal forests had led to dramatic improvements in forest cover. Seva Mandir was also a votary of this idea, as 70% of all the land in its area of engagement was vested with statutory bodies like the forest department and village councils (panchayats). Private lands only accounted for 30%; of the land area.

Once the guidelines were issued, it became possible for progressive forest officers to agree to Joint forest Management (JFM) contracts. Seva Mandir was lucky to have a fair-minded forest officer who against the resistance from his peers signed the first JFM contract in 1992 in the village of Shyampura in Udaipur district. These guidelines enabled Seva Mandir to sign another 37 such contracts in the following years.

The slow pace of progress was not only because the forest department never felt enthusiastic about the idea of sharing control and responsibility with local communities, it was also tardy because villagers themselves were slow to appreciate that to become co-managers and co-beneficiaries they had to give up their encroachments.

What is striking is that local communities overtime did recognize the value of doing so. Under the aegis of an association of 200 forest protection committees called the Van Utthan Sangh, Seva Mandir over a period of three decades has been able to work on 244 encroachment free pastures. They have also treated over 12,000 ha of watershed land, also free of encroachments.

These figures are modest compared with the land that needs nurture and a green cover. At the same time, it does show that a participatory approach to sustainable land use can attract village communities to cooperate with each and manage the environment based on norms that respect the sanctity of common property resources.

Looking to the future, the country needs progressive legislation of the kind we have for forest management. More importantly, it needs institutions that can help village people to overcome their own internal contradictions and close the gap between their aspirations for healthy pastures, forests and watersheds and the temptation to advance their private interests at the expense of the common good. People’s participation does not occur spontaneously as the social base for grassroots collective action and cooperation is weak.

There can be no gainsaying the fact that depending on the forest bureaucracy and the political establishment to green the country will not succeed. The viable strategy is getting local village communities to exercise self-governance, or swaraj as imagined by Mahatma Gandhi. For this to happen, there is need for voluntary action that is committed to helping village communities overcome their internal contradictions.

The road to participatory management of forests, or for that matter democracy, should not be paved with good intentions alone. It needs resources, sustained work and self-critical reflection by villages and voluntary organizations alike.

Ajay S. Mehta is President of Seva Mandir, a grassroots non-profit organization based in Udaipur in Rajasthan.

Ajay S. Mehta is President of Seva Mandir, a grassroots non-profit organization based in Udaipur in Rajasthan.