Although Bihar has been a laggard in implementing the Swachh Bharat program, there is heartening progress in places such as Rohtas, Sitamarhi and Khagaria, where women are driving the change for health and sanitation 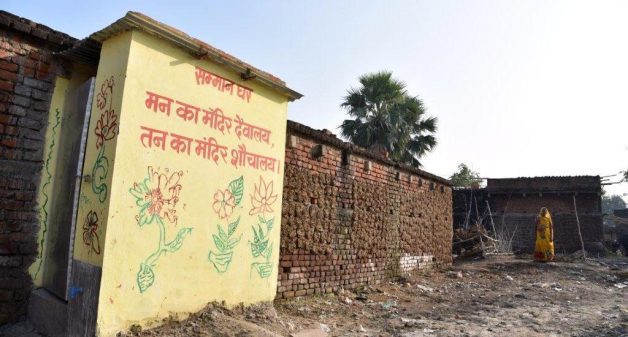 It is vigilance of a different sort. Every morning and evening, a small group of women of Khaira Bhutaha village patrol the fields to persuade people not to defecate in the open, not an easy thing to do in the countryside as strong habits are often the most difficult to change. But Shanti Devi, in her forties, and Nutan Devi, in her 30s, along with a few other women, are determined.

“We still stand for one to two hours near the fields to stop those who defecate in the open and discourage and persuade them to change their old habit,” Shanti, clad in colourful cotton sari, said. This was a dramatic reversal of earlier practice when she along with other women used to stand for the cover of dark to relieve themselves in the nearby fields.

The situation was quite different even a few months ago. Both Shanti and Nutan, like other women in their village, used to go to the fields themselves. Then they were caught up with the Swachh Bharat movement. The central government has launched the Total Sanitation Campaign to ensure sanitation facilities in rural areas to eradicate open defecation. But Bihar is among the states that are lagging behind.

Bihar rural development minister Sharwan Kumar has said it is a hard fact that millions of poor people in Bihar still don’t have toilet facilities, which forces them to defecate in the open. “The state government is working to provide toilets to all families,” he said.

But there are areas of success like the Khaira Bhutaha village. Both Shanti and Nutan are Dalit, landless people fighting for survival. Most men and women of the 150 households of Khaira Bhutaha village in Sanjhauli administrative block of Rohtas district in Bihar work either at farms or are daily wage labourers in neighbouring areas and in other parts of the state and outside to earn their livelihood. The majority of the people in the village consist of Dalits, Other Backward Classes (OBC) and Extreme Backward Castes (EBCs). Some of them are lucky as they have small landholding in the village in Rohtas, known as Bihar’s rice bowl for fertile and irrigated land.

Choudhary said the government wants to achieve ODF in Bihar by October 2, 2019. But to achieve this, there is need for about 200 gram panchayats becoming ODF every month. It appears to be a big challenge for now.

The use of Community Led Total Sanitation (CLTS) has started yielding some results. The Rampur gram panchayat in Khagaria district is a good example. It became the first ODF gram panchayat in Bihar last year. Taking it as a model, attempts are now being made to replicate it across the state.

Some of the transformation is better known by the inspiring example of some people. One of the first to be known was Phool Kumari, a resident of Barahkhanna village in Sanjhouli. She mortgaged her jewellery and took up employment as a daily wage labourer to raise money to build a toilet at her house in July this year.

Impressed by her work, Rohtas district magistrate Animesh Kumar Parashar made Phool Kumari the brand ambassador of the total sanitation programme in the district and Sulabh International, a non-profit, declared her Bihar’s Swachhta Doot (Cleanliness Ambassador) and give her a prize of Rs 2 lakh.

“I am happy that my small step for constructing a toilet has contributed to the community. They have taken it to hundreds of households and Sanjhauli block has become open defecation free, Phool Kumari told VillageSquare.in.

Phool is not alone. Saroj Kumari, a resident of Udaypur gram panchatyat in Sanjhauli, whose husband died of snakebite during open defecation in a field, has made it her life’s mission to motivate and educate people in other villages for constructing toilet and not to go for open defecation. “I have been requesting villagers in the district to construct toilets if they do not want to risk the life of their husband, children and their honour,” she said.

In Khagaria’s Rampur gram panchayat, students, women, teachers, vendors, small time traders to priests of temple and mosque were involved through a CLTS that achieved an open defection-free environment. “After Mohd Zakir, imam of the local mosque, included this sanitation issue in his weekly Friday discourse (khutba) at the mosque, it also helped to bring positive behavioural change,” Krishna Kumar, a sanitation soldier, said. Muslims constitute about 65 per cent of Rampur’s population, followed by OBCs.

Geeta Devi, team leader of the nigrani samiti  (vigilance committee) of Rampur, has motivated and mobilized villagers by her powerful words that protection of family’s honour and dignity is more important than smartphones, clothes and other fancy items. “We have convinced them that they will gain honour, dignity and self-respect by saying no to open defecation. It was a life-changer for most poor villagers, particularly women who have lived for decades without toilet in their houses,” Geeta said.

Rampur has set an example in Bihar, Choudhary said.

“Sanjhauli was made open defecation free in 55 days only. Over 6000 families have constructed toilets in 64 villages in six gram panchayat in Sanjhauli,” Rohtas district magistrate Animesh Parashar said. The district-wide campaign was launched as Mission Pratistha in June to make the district ODF in a time-bound manner, Parasher said.

Proper social mobilization integrated with the mentoring support and dynamic leadership are the success factors for attainment of the Sanjhauli block as ODF, Indranil Ghosh, who works SBM-G in Rohtas, said.

Upbeat over the success in Sanjhauli, Rohtas district administration has been working to turn Surajpura, Nokha and Tilauthu blocks open defection free. “They may be declared ODF in November itself,” Ghosh said.

UNICEF has trained nearly 1000 motivators as resource persons, who are supporting communities to live open defecation free, according to Pravin Santosh More, Water, Sanitation and Hygiene Specialist at UNICEF office in Bihar.

Sitamarhi district magistrate Rajeev Roshan, who was the man behind the first ODF gram panchayat Rampur when he was DM Khagaria, said that approach to involve community in the village created a friendly base to develop understanding of how open defecation is harmful and the necessity of toilets.

Roshan said one sub-division Belsand and two blocks —Nanpur and Parsauni — are on the verge of ODF. Dozens of gram panchayats have so far become ODF in the district. “In Nanpur block, all gram panchayats have declared ODF. Only formal declaration of the block is to be made,” he said. Roshan praised women for playing a crucial role.

Choudhary said work is going on in several districts including Sitamarhi, Rohtas, Buxar, East and West Champaran and Khagaria. He said that Sitamarhi is likely to become the first ODF district in Bihar by March 2017, followed by others, particularly West Champaran and Rohtas. “In fact, there are several districts in the race to become ODF in Bihar and it is a positive development,” he said. 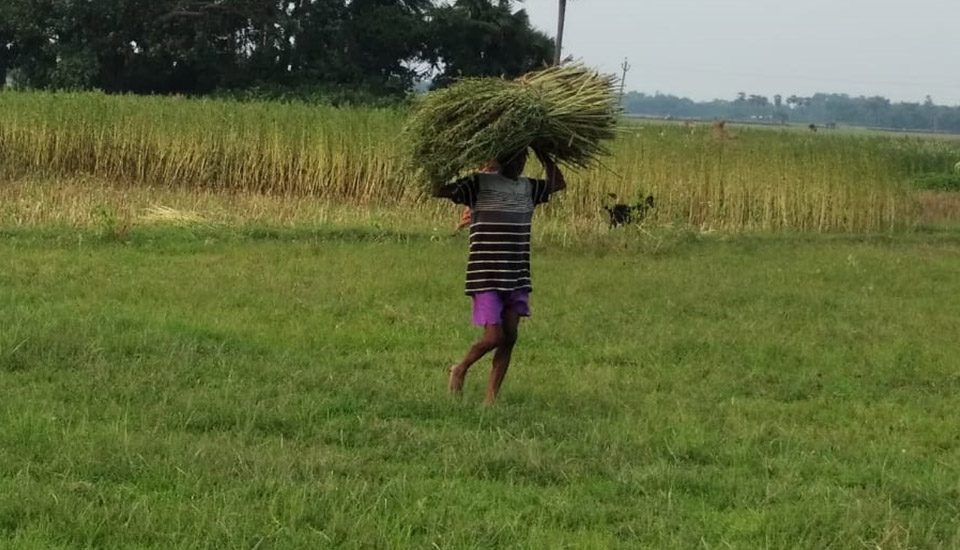 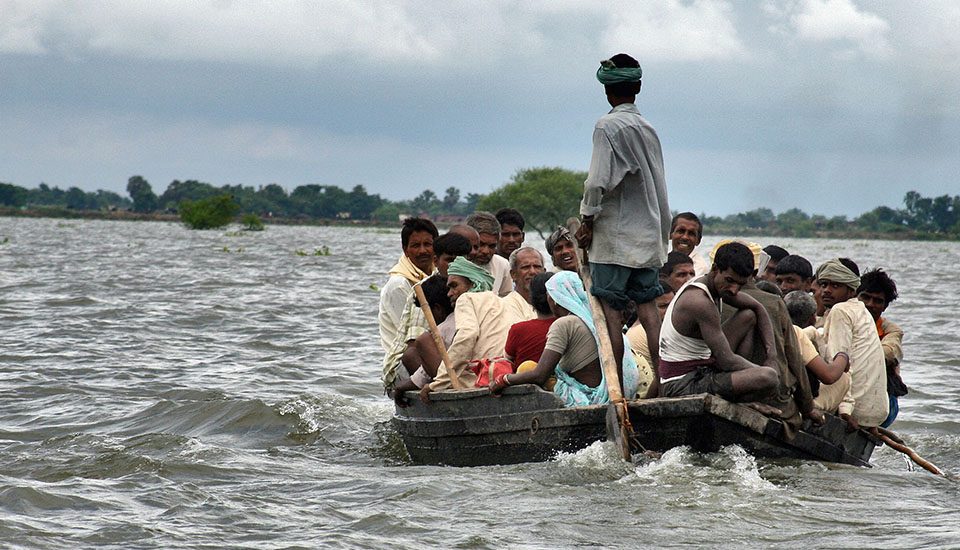 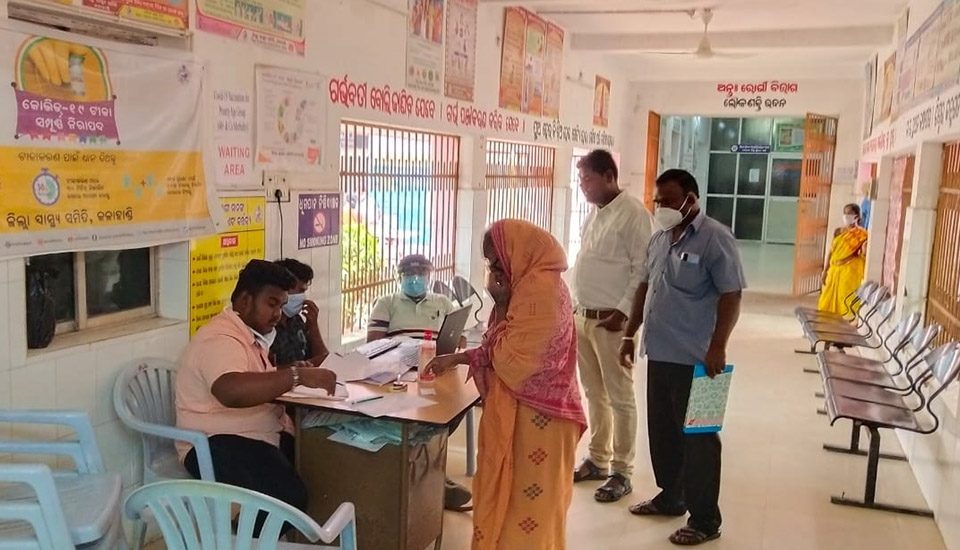