Rural children in Tamil Nadu remain at risk from snakebites

An underreported tragedy, not enough is being done to contain and treat injuries and death of children in rural Tamil Nadu due to snakebites, although it affects around 15% to 19% of kids in the countryside 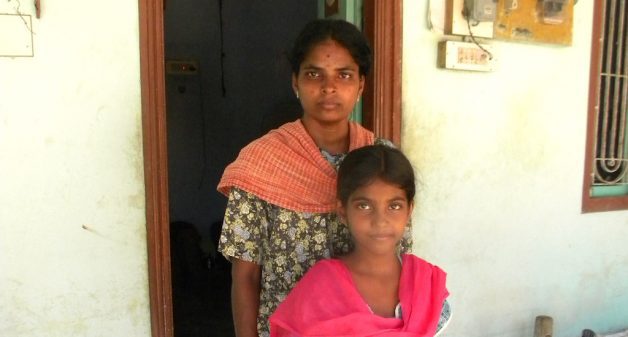 Shanti Shanmugam of Vadugapatty village says her daughter Nandana is yet to recover fully from the snakebite she received as a child. (Photo by Sharada Balasubramanian)

Nandana Shanmugam, an 11-year-old girl, runs on four toes in a muddy field outside her house in Vadugapatty village in Erode district of Tamil Nadu.  She was 18 months old when a cobra bit her leg, and since then she could not walk normally.

“My daughter was walking down the steps when this happened. We rushed her to the government hospital, where the first surgery happened. But that was not the end,” her mother Shanti Shanmugam recalls. “We visited almost 11 hospitals in a year for her treatment. In one hospital, they asked us Rs 14 lakh, and in another one, they said her leg has to be amputated. Finally, we found a doctor in Erode who charged Rs 50,000 for skin grafting.”

Nandana was born to a farmer. After five days in the hospital and spending a lakh on their own, Nandana showed some sign of improvement. It has been more than a decade since the snakebite, but the treatment is not all over yet. Nandana had to miss six months of school last year for another surgery. “More than the money, the child’s suffering is painful,” Shanti told VillageSquare.in. With limited financial resources, the family is still battling to save Nandana’s future.

In India, awareness about snakebites is limited. The major snakes known as Big Four are responsible for most snakebite deaths in India. These include the Russell’s viper, the Saw-scaled viper, the Indian cobra, and the common krait.

The children in the country are more affected by snakebites than adults. “Snakebites affect children more than adults because their body mass is smaller,” says Sakthivel Vaiyapuri from the Institute for Cardiovascular and Metabolic Research, School of Biological Sciences, University of Reading, the UK, who published a paper titled Snakebite and Its Socio-Economic Impact on the Rural Population of Tamil Nadu, India.

Vaiyapuri’s research data was collected through a detailed community survey. Such surveys are crucial for collecting accurate data from the ground, which is not available otherwise. The villages were divided into three on the basis of population and size. The community survey in Erode district revealed that almost 13-14% of children between 0-10 years in all the three villages suffered snakebites. The numbers increased to almost 19% in the age group of 11-20. “The numbers are high among children. We never expected this to be as high as 14%,” Vaiyapuri told VillageSquare.in. 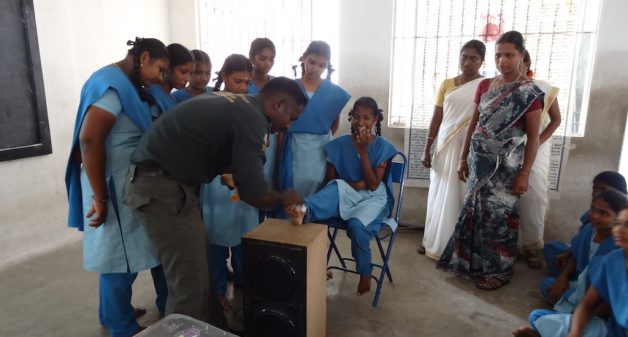 Snake envenomation in children has high morbidity and mortality rate, and is life threatening. This demands timely administration of Anti Snake Venom (ASV). In a paper titled Anti-snake venom induced reactions among children with snake envenomation, V. Poovazhagi, Department of Paediatrics, Chengalpattu Medical College, looked at what happens to children after a snakebite. It was found that children were commonly bit on foot with 55.5% having nocturnal bites. Further, children sleeping outside or lying on the floor indoors face a higher risk of snake bites.

ASV, a 125-year old medicine is still the only treatment given for victims at government hospitals, Poovazhagi says. “In most developing countries you identify common snakes, common venom, and antidote for snakes that fall in the group. ASV is a life saviour right now. However, there is a need for venom detection kits, after which monovalent antivenom for the specific bite from a snake must be given.”

ASV is not available in the private hospitals easily. Families, without knowing where to go, rush the victims to private hospitals. Robin Bernard, who runs the NGO National Snakebite Initiative in Erode, says, “An eighteen month old baby was bitten by Russell’s Viper, and her parents took her to a private hospital. After a few days with no proper treatment, she died.”

Unfortunately, developing countries still depend on ASV, and no medical research is happening despite the fact that India has the largest number of snakebites in the world.

Further, there is no appropriate data on snakebite victims. “There is no data or reporting system. We need to generate this and make them available for researchers,” Shyamala Robin of NSI told VillageSquare.in.

For this, the team visits the general hospital every day and finds out the number of ASV vials given, the situation in which snakebite happened, and follow the victims till they recover or die. For this task, they engage the youth in the villages. Training is given to them to find snakebite incidences in the neighbourhood, and this helps in pooling victim data.

Robin says, “Where is the death record of the victim? After the victim dies, it is only mentioned that the patient died due to renal failure (kidney) or respiratory failure, and not that he or she has died or snakebite. There is no link of snakebite to his or her death.”

Lack of exclusive envenomation units in Indian hospitals is a cause of major concern. Robin says, “There are very few experts, no improved medicines for treatment, and no skill development training for doctors to handle bite victims. They should know what needs to be done in an emergency situation, and precautions that need to be taken.”

NSI took steps on the ground to combat the human-snake conflict in rural areas. In 2013, the NGO won recognition from the UN Habitat. The funds were utilised to run rural snake safety campaigns. These campaigns were done among rural communities and rural schools.

Robin says, “In schools, we had an informative session on snakes- what are snakes, what should be done and what should not be done when snakes come in direct conflict with humans, what are the myths and superstitions, differentiating poisonous and non-poisonous snakes, and so on.”

For people’s personal safety, there is a need to have snake safety equipments like tongs. Robin says, “In tribal regions where we have worked, reaching the forest department or the nearest hospital takes hours. In such cases, the community has to solve this issue on their own. Having equipments to capture snake will help the locals in taking swift action.”

People living in vulnerable regions need to have an information centre in place. Robin says, “We need a hospital, first aid awareness campaign, and mobile ambulance for immediate action. Along with these facilities, if there are improvements in medicines, and regular check-up for victims, it will be better. Fear of death is common among such victims, and counselling is crucial for victims under rehabilitation.”

Vaiyapuri says, “Children living in vulnerable areas must wear boots as they play in bushes. Awareness should happen at a school level where they must be taught not to pick rocks as snakes could be found under them. Parents and teachers should take a lead in imparting this information to children. Children should know first aid measures, and this will have a direct impact.”

No funds for action

Though Corporate Social Responsibility (CSR) is pacing up in India, there are no funds going into this neglected issue. Robin says, “For even printing information pamphlets that differentiate venomous and non-venomous snakes, immediate action to be taken after bite, there is no support at the grassroot level.”

Vaiyapuri adds, “If people get access to simple things torches and tongs, it will prevent snakebite incidences. Further, there should be support from the government in promoting research on snakebites as if affects our country the most.”