Hiccups of clean growth or wages of stupid policy?

Should we opt for an economy that thrives on facelessness and tax evasion just because it supports livelihoods of a class of the poor, or should we opt for a more formal and compliant economy, knowing that there will be hiccups? 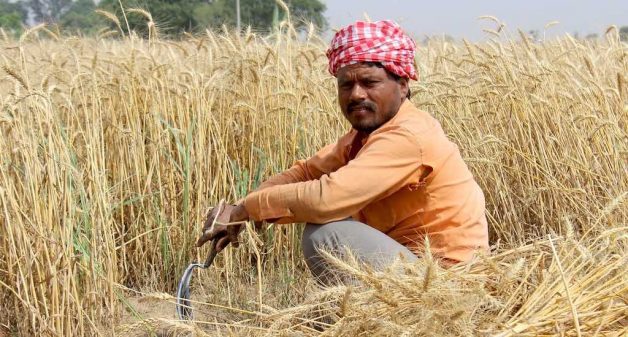 The slowdown in the farm sector is likely to be temporary. (Photo by Jeevan Singla)

The overall drop in growth of gross domestic product (GDP) lends some support to the claim of a slowdown in the rural sector. Both during the time demonetization was a current subject and now when the Goods and Services Tax (GST) regime is the popular whipping boy, this slowdown was attributed to these factors. But attribution to these causes is perhaps arguable. Let us look at the most commonly repeated assertions.

The worst impact of demonetization was cited on the market for pulses. A huge drop in wholesale prices of black gram, pigeon pea, etc., from their high of the financial year 2015-16 has been reported, and more pertinently here, attributed to demonetization. It sounds tenable.

Agricultural markets functioned till demonetization (and by preference even after) in cash. Mercantile-capitalist traders preferred almost exclusively on cash transactions to avoid income tax. Farmers too preferred cash since the reach of banks to average rural household is neither ubiquitous nor as smooth as experienced by their urban brothers.

Was demonetization then the cause of distress in pulses market? In fact, could the drop be described at all as distress? Financial year 2015-16 had witnessed a fall in production leading to high price rise. Compared with those high levels, prices came down. The causes for this are to be found in the poor timing of arrival of imported pulses ordered earlier and release of massive stocks bought the previous year for supporting prices.

There was no similar distress in much larger markets such as for wheat or paddy. The attribution will really lack cogency if one found that in fact there was a boom in prices of some agricultural commodity. In fact there was such a boom both in tomato and onion for a while during the last six months. Onion prices had shot up to as high as Rs 100 a kilogram and tomato prices even beyond that. Now they have reached more normal levels.

There undoubtedly was a downward blip during the 50 days of intense trouble after November 8, when high-value currency were withdrawn. But the extent to which the downward pressure lasted, the durability of the downward pressure and its direct attribution to demonetization are all matters of conjecture. Commodities do experience gluts and shortages periodically and it is popularly believed that farmers end up being at the shorter end of the stick always. There is a reason to believe that the price variations are as much due to seasonality and by supply-demand balances.

The impact of GST on the rural sector is more recent and pertained largely due to the imposition of the reverse charge phenomenon. Small time operators, who form the bulk of suppliers of small stores, inputs and services to more formal buyers, do not have registration with the tax authorities, or for that matter, any other authority. They have traditionally existed in the grey zone. In fact, their ability to survive comes from their facelessness and their ability to evade all manners of taxes.

The mindset of operating with as little formal presence as possible in fact carries itself in large urban centers and in small-scale industries as well. I have documented this as a principal cause of stunting in small industry.

Till very recently a very large number of traders and small industrialists of all sorts, particularly those providing diverse supplies to homes, were not willing to take payment in any thing other than cash. These are the people who form the most populous and significant block of unaccounted wealth and income in India. Being unregistered, they would not pay GST on their supplies to their buyers in rural or urban sector.

But the reverse charge required the buyers to pay the GST in any case. This wiped out the very competitive advantage of the small time operator. His low prices were primarily because he avoided all taxes and, as a buyer, I could get away by still charging my spending on purchases form him as business expenses. Why would I buy from a small time operator if after the seemingly low price I have to pay the GST on it? The small time operator’s USP of smaller price is gone. So there was this uproar. It affected the small businessmen in both the rural and urban centers.

A third strand of argument relating these two changes to the slowdown has also been made. When the better off people in rural or urban areas had a larger proportion of their incomes in cash, they were willing to give more spend money to people who worked (domestic help, drivers, handymen, etc.) for them. Once the cash flows in the sense of flow of currency came under stress and then under feared watch, this flow to this class of service providers reduced.

Since this was spending money for the small people, it led to reduction in their spending, in turn affecting the sale and prosperity levels of suppliers and providers of services to them. Thus, the money circulation and hence business among the lower end of the economy has suffered.

While there is some negative impact due to each of these factors, it is not ubiquitous nor is it uniformly intense. The cry of attribution is out of proportion. One has only to take a look around to see that people are finding new ways of adjusting to the changed economic environment.

To sum up, there is indeed some slowdown in the rural and farm sectors but most of it is attributable to variation in production levels and demand-supply balances and usual market cycles. The crunch in cash economy and GST has had some effect, which is transient, and finally, people are discovering new ways of regaining their business and prosperity.

But are we comfortable with rampant tax evasion by a whole stratum of society simply because cash is the main method of its operation and non-registration its key strategy? Do we not wish to widen the tax net? Naturally those who get inside the tax net will squirm and scream, but is that material?

If indeed steps like demonetization and significantly improved tax compliance due to GST are the causes then the choice has a moral overtone — should one opt for an economy that thrived on facelessness and tax evasion just because it supported livelihoods of a class of the poor or should one opt for more formal and compliant economy knowing that there will be hiccups? I will opt for the later every time.