Self-help groups in villages bring financial and social empowerment to women, changing entrenched perceptions on their competence in managing their affairs 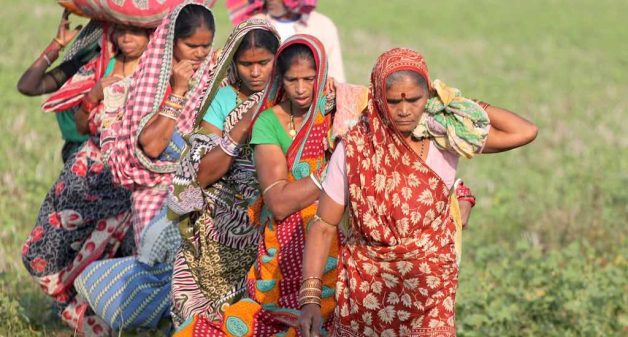 Women in India’s villages have come a long way. (Photo by Pixabay)

Every woman, regardless of her marital status, needs education, a good job and support with household duties. Society needs to abandon culturally entrenched practices, marital or otherwise, that degrade and commodify women. Women also need legal immunity from debts accrued by the husbands. Changing long-held beliefs, practices and laws may be difficult, but it is the only way to keep price tags off women and ensure them dignity and financial independence.

Empowering women is the solution to many problems on a global level, right from poverty. Societies that take the effort to empower women show better development indices, are better governed, more stable, and are less prone to violence. On the other hand, societies that limit women’s educational and employment opportunities and where women’s political voices are poorer, are more prone to corruption.

The concept of self-help groups (SHGs) or women’s collectives empowers women in rural India through financial access and social mobilization. SHGs owe their origin to the self-help affinity groups initiated by the Mysore Resettlement and Development Agency (MYRADA). The National Bank of Agricultural and Rural Development (NABARD) started the same model in 1992 as a pilot project, and later upgraded it to a regular banking program. Over a span of 25 years, the movement has registered tremendous growth, and has 85 lakh active SHG units across the country.

With about 20 women from marginalized background as members, the characteristics of a typical SHG are the voluntary membership, small size, consistent savings by members, prompt repayment of loans and transparent procedures.

Through SHGs, women borrow small amounts — mostly in the range of Rs 5,000 to Rs 20,000. With education of children and running the household being their priority, the women utilize the borrowed money to pay for their children’s educational needs, household repairs and even monthly food ration.

“Every member contributes Rs 100 per month and we keep the money in the respective SHG’s bank account,” Chanda, a member of a 20-year-old collective, told VillageSquare.in, explaining how the system works. “When a member needs money, the authorized women withdraw the required amount from our SHG account and lend her the money, subject to other members’ approval.”

The most significant aspect of these collectives is that they are wholly managed by the women. Each group has a constitution or a list of rules, created and accepted by the members themselves. The rules pertain to selecting members, electing office bearers, creating their own loan fund, deciding on the recipient of a loan, ensuring repayment of the loan and the like.

Regular meetings are the enabling forces, giving women the courage to lean into multiple household and community settings. When a collective has a fair amount of capital, the group starts giving small loans to its members. The women guarantee each other’s loans. It is an astonishing fact that hardly any of these women defaults. Although financial aspect is not the only benefit for members, credit remains an important element.

The disciplined efforts involved in running a group make the women efficient money managers. As the women now do the work normally done by bankers, the banks’ administration costs have come down drastically. Social dynamics cannot be changed without women’s involvement in the economy.

Refuting village hierarchies, women in many places hoisted the national flag in their villages, despite opposition from men. Women’s collectives have put an end to brewing of liquor in some villages. SHG women have enhanced their economic position in numerous ways, such as successfully bidding for contracts to fish in village ponds, and developing wastelands to grow fruits and vegetables.

The loss of control that village moneylenders have suffered is a common story now in villages where SHGs have taken root. “For four months a year when there is no work, we were forced to take a loan of Rs 300 per month from money lenders at 100 % interest,” women belonging to the Scheduled Castes at Solapur village told VillageSquare.in. “After we formed an SHG, we don’t borrow from moneylenders, but from our own SHG.”

Finance is a powerful empowering tool and enterprising women have demonstrated the ability to reap dividends by investing in small businesses. In the tribal villages of Dhule district, grain merchants would sell grains at a high price in times of scarcity. The women found a way out by forming their own grain banks with rules that are similar to that followed for saving money.

Mangala Dhawas, an SHG leader from Mohbala village in Chandrapur district is one such enterprising group leader. She now works as a market agent for insurance and deposit companies. Her success is manifest in her house as gadgets and improved facilities. The extension to her house has two tenants from a local power company. “My father thought it’s a bold step for a woman to start a business as people think that only men can do it,” she told VillageSquare.in. “He thought women should stay at home, doing domestic chores. He is eating his words today.”

For poor women, empowerment is a journey towards the second freedom or the real freedom, as Mahatma Gandhi said.

According to Ela Bhatt, the founder of SEWA (Self-employed women’s association) and one of India’s prominent social workers “…women are the key to rebuilding a community. Focus on women, and you will find allies who want a stable community… In women, you get a worker, a provider, a caretaker, an educator, a networker. She is a forger of bonds – in her, essentially, you have a creator and a preserver.”

True to Bhatt’s perception, many SHGs have groomed women into leaders like the way the SHG in Charurkhati village in Vidarbha district has; a member is the head of the village council today. SHGs have effected women’s empowerment in all its dimensions – social, economic, cultural, political and personal. SHGs have transformed women in such a way that men and women have changed their perception of what women can do.

Moin Qazi is the author of Village Diary of a Heretic Banker. He has spent more than three decades in the development sector. Views are personal.