Started by women in Chhattisgarh villages from their personal savings, the Sakhi Mahila Bank has not only boosted rural women’s income but also their confidence and economic independence 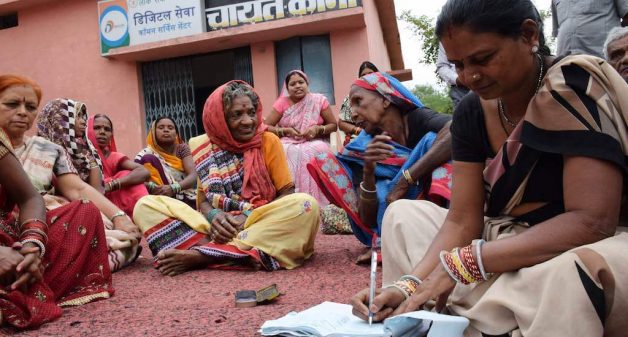 Visibility and confidence of women have increased in Koni village. (Photo by Tarun Kanti Bose)

Women living in the 68 villages of Masturi administrative block in Bilaspur district of Chhattisgarh, who did not have access to the banking world, have found microfinance a powerful tool for poverty alleviation.

Sakhi Credit Cooperative Society was formed in June 2003 with simple rules — save, accrue and lend. Sakhi Mahila Bank, as it is popularly called, offers loans to rural women who are too poor to qualify for traditional bank loans, as they have no assets to offer as guarantee.

Women borrow from the accrued savings and utilize the money for buying farm implements, adding livestock and so on. This helps them increase their incomes and enables them to repay loans on time. The bank has not only helped the women become economically independent, but has empowered them to contest panchayat elections and serve their community.

According to Hemlata Sahu, founder chief executive of Sakhi Mahila Bank & chief functionary of Mahila Shiksha Kalyan evam Prashikshan Parishad (MSKPP), an NGO, the savings culture began as a novel experiment. Rural Chhattisgarh is strongly patriarchal but women have control over the food grains in the household. 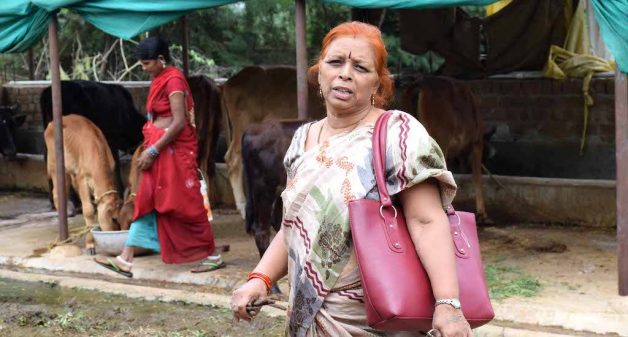 “We asked women to keep aside a fistful of rice out of their daily use. It helped us inculcate a new culture of saving among unlettered village women,” Hemlata Sahu told VillageSquare.in. Started in 23 villages, the results of the initiative were encouraging. Saving a fistful of rice every day was the starting point to an empowerment process at the grassroots level and liberating women from different forms of exploitation. It created among poor women, an understanding about the importance of saving.

The women started by saving Rs 5 or Rs 10 a month and started depositing the same during the monthly meetings of their self-help groups (SHG). When they wanted to deposit their savings in a bank, they faced the discourteous attitude of the bank’s representatives. Peeved by their impertinence the SHG women decided to launch their own bank.

Bank by women, for women

“We started Sakhi Mahila Bank as the women demanded it. They wanted a place to deposit their savings,” said Hemlata Sahu. Today the Sakhi Mahila Bank in Bilaspur district is a model for others to replicate. It has deposits of Rs 29.80 million received from 64 SHGs and 9,088 women account holders. It is the biggest women’s bank in central India.

Koni village with a population of 2,000 people lacks employment opportunities and sustainable sources of livelihood. Landholding in the village is highly fragmented. A majority of Dalits, Adivasis and other backward communities dependent on agriculture migrate to Allahabad in Uttar Pradesh, to work in brick kilns and construction sites. Some of them go to Surat in Gujarat to work in the cloth mills or to Maharashtra to toil as daily wageworkers.

Sakhi Mahila Bank through women SHGs of Koni has contributed to the rapid development of a sustainable model of economic opportunity. In addition, the bank mobilizes villagers to work on other developmental issues. For instance, it has been quite successful in putting a workable solution in tackling soil erosion due to water rushing to the plains from the mountains. As Hemlata Sahu pointed out to VillageSquare.in, “In a span of 14 years, we have used micro-credit assistance as a tool for mobilizing poor women.”

“Earlier we used to borrow from money lenders. They used to fleece us with higher rates of interest in prolonged repayment period,” 52-year-old Kaushlaya Sahu of Koni told VillageSquare.in. “I took the membership of the Sakhi Mahila Bank in 2007 and it has transformed my life.”

She recounted how she borrowed Rs 10,000 with a monthly saving of Rs 20, used it to redeem their 2-acre agricultural land and borrowed again for a bore well after repaying her first loan. “Within a span of six years I took loans from Sakhi Mahila Bank five times for buying livestock, grinder mills, etc. and repaid it back in time,” she added.

Sakhi Mahila Bank sponsored 36-year-old Anjali Jaiswal’s month-long training at the Ahmedabad-based Entrepreneurship Development Institute. Capitalizing on the skills garnered during the training, she took a loan of Rs 30,000 to equip her husband’s grocery shop and has been helping him run it. “Daily I go to the shop. After getting the shop up and running, I borrowed Rs 50,000 to add more items,” Jaiswal told VillageSqaure.in.

“For centuries women of our village have been leading a cloistered existence. The purdah (veil) was very much in vogue and women generally were reticent in sharing public spaces with men,” said Kaushlaya Sahu. That changed with their economic independence. “Sakhi Mahila Bank has shown us that by saving, you not only attain economic independence, but also empower yourself.” She was elected for the panchayat and heads the ward development program, carrying out many development works in the villages under their panchayat.

Jaiswal too contested the gram panchayat elections and is the sarpanch today. Defying their husbands, she and the other elected members have been regularly holding meetings and voicing their concerns on developmental issues. “Women’s mobility and visibility in Koni village has increased. Earlier male members accompanied us wherever we went. Now we are quite independent and decide our course of action,” Jaiswal told VillageSquare.in. Today Koni panchayat serves as a model, which functionaries from all over the country visit to learn from.

Sumitra Mehar recalled the days when it was difficult to have a single square meal in a day. “My family used to skin dead cows for leather. Then I took a loan of Rs 10,000 from Sakhi Mahila Bank and bought leather for making chappals,” 42-year-old Mehar told VillageSquare.in. Her husband has opened a footwear shop today. She works as mitanin or community health volunteer and also as a midwife, after training for the latter. “I earn Rs 700 per delivery that I attend to and get an annual allowance of Rs 10,000.” 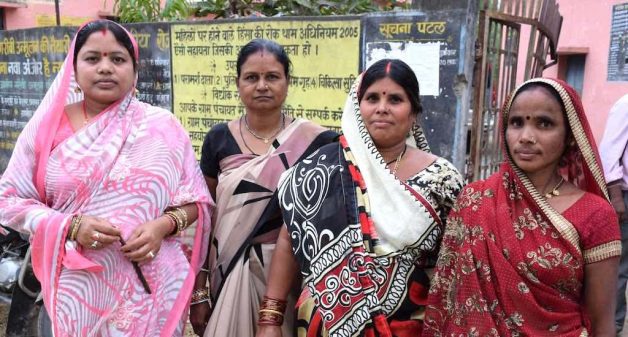 Ranu Karke hails from neighboring Lawar village, close to Arpa, a tributary of River Mahanadi. They grew vegetables with water from Arpa, but had problems when a paper mill started polluting the river. “Then we formed an SHG and started saving Rs 2. When we approached a bank for opening an account, the bank refused,” Karke told VillageSquare.in.

Karke enrolled 20 women and the group associated themselves with the Sakhi Mahila Bank. Besides being a mitanin, she functioned as a director of the bank for a year. “Though I’m a Dalit, my association with Sakhi has helped me. Whenever government officials visit our village they consult me,” she added.

The size of the loan that women’s groups and individual borrowers avail might be small. The activity for which the loan is taken is often of a small nature. But it helps them in their battle against poverty. The repayment schedule is simple and short.

Women from the lower economic strata who are in the forefront of the Sakhi Mahila Bank, use the small loans to jumpstart a long chain of economic activities. As they have enormous pride in their integrity, they repay quickly, not wanting to be seen as defaulters. Then they take a bigger loan and keep expanding their profit base till they do not need loans any longer.