In an ironic twist, Kerala today needs a large number of migrants to plug a labor shortage in a state that is well known for its people migrating out to the Gulf and various parts of India 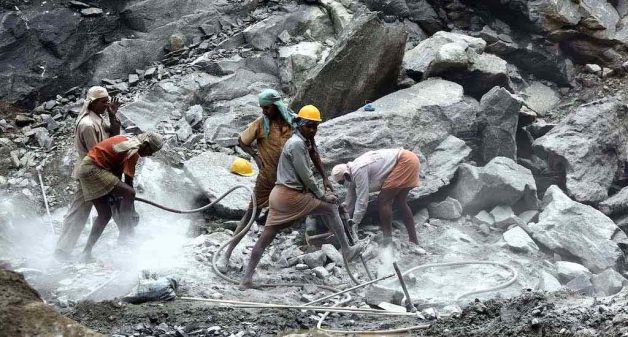 Along the road flanking the sandy seashore of Thumba, a village about 12 km north of Thiruvananthapuram city, Christmas lights blinked amidst the festive spirit. Babul Das got busy in his kitchen, making Christmas goodies such as cakes and St Andrew’s halwa, the famous local version of a chewy sweet made of ghee, sugar and wheat flour.

Das is from Behrampur, a small town with over 355,000 people, on the east coast in Odisha state. He is part of a growing community of young migrants from his region coming in search for work in Kerala even as the state is beginning to undergo a demographic shift marked by labor shortage — something rather unusual in India. Born migrants, Keralans are slowly getting used to this reverse trend.

“Everybody is in search of a job, and I found one here,” Das told VillageSquare.in. “Nothing much back home.” Das said there are around 500 of his townsmen working in Kerala. “Many girls work in garment factories at KINFRA.”

Seven kilometers north of Thumba along the coastline, in Puthukurichy village, a local entrepreneur wanted to open an all-night teashop for fishers. As he could not find local workers, he had to find young workers from Assam, said curious local villagers, who are used to migrating out in large numbers.

Generations of men from this village, however, have been working abroad since the colonial times — in Ceylon (now Sri Lanka), later in Malaysia, Singapore, Persia (now Iran), the United Arab Emirates, Kuwait, Saudi Arabia, and of late in the US, Israel and Japan. Men and women with university degrees migrate to cities. A large number of migrants come and visit relatives during Christmas. They all celebrate and exchange gifts, slabs of halwa being a favorite. Das and colleagues struggle to keep up with the demand for festive confectionery. 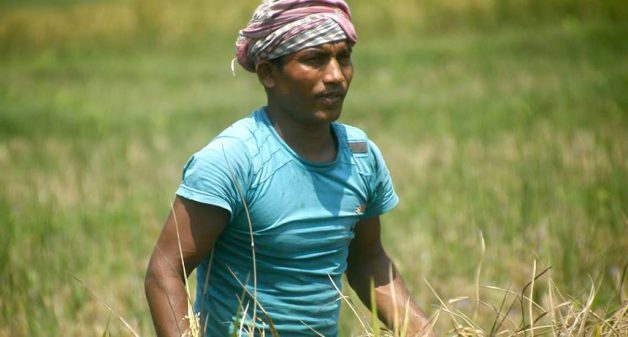 It is migrant workers who meet labor demand in Kerala. “We now need migrants to work in farms, and climb coconut trees,” Mary Gomez, who has migrated to the city from Puthukurichy, told VillageSquare.in. “The other day I got this guy serving us tender coconut on the street, and we felt there was something wrong. He had cut the coconuts upside down,” Gomez said, laughing.

There are anecdotes about migrants doing the rounds here. A migrant from Kerala returning home after a long time took a room in a budget hotel as his flight landed late. Waking up, he pressed the bell for room service. To his surprise, the young man at the door requested him to speak in Hindi. “Am I home, yet?” he wondered. Another story involves unsuspecting migrants allowing cannabis to grow wild in their backyards — inviting trouble.

There are hostile rumors being spread on social media. One such message cautions people about single male migrants with “lust in their eyes”. A mainstream television channel recently broadcasted a sting story about beggars’ rackets flourishing in migrant colonies, portraying it as a migration issue rather and than a law and order problem.

Muralee Thummarukudy, Disaster Risk Reduction and Operations chief at UN Environment has noted in his foreword to a new publication on migration that he is concerned about negative attitudes towards migrants. Kerala became prosperous by sending its young men and women abroad, still people here hold prejudices against its migrants as in other parts of the world, he wrote. 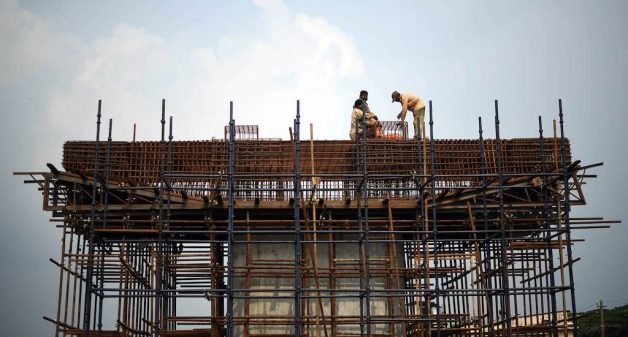 The publication titled God’s Own Workforce — a twist on the Kerala Tourism ad line God’s Own Country — gave a snapshot based on qualitative data from migrants and local officials. The migrants come from 194 districts across 25 Indian states and Union Territories, mostly from eight Indian states — Tamil Nadu, Karnataka, Odisha, Jharkhand, Bihar, Uttar Pradesh, West Bengal and Assam, the report noted.

The report argued that migration is pivotal to Kerala’s economy: “Labor migration is more a requirement of the state than that of the migrant workers themselves, and it is fundamental to create awareness about this among the key stakeholders. For Kerala to achieve Sustainable Development Goals (SDGs), the state needs to usher in migrant inclusive development.”

“We have to see migration as a win-win activity,” Vishnu Narendran, a researcher who co-authored the report with Benoy Peter, told VillageSquare.in.

Commenting about the report, Kerala’s most famous demographer, S. Irudaya Rajan at the Centre for Development Studies, Thiruvananthapuram, told VillageSquare.in: “You can call it a mapping research, and migration dynamics change very fast.”

Rajan’s studies have noted the changes in the migration pattern in Kerala over decades. He pointed out that the current migration trend in Kerala, from where about 2.24 million people (out of its population of around 35 million) work abroad, and another 1.2 million in other Indian states marks some clear demographic trends. “We don’t have that much work force in our economy, so what we are seeing is replenishment migration.”

According to Rajan, migration into the state compensates for the migration out. “We don’t have our plumbers and carpenters. Everybody is gone.” Rajan has met many of these migrants in Saudi Arabia, the United Arab Emirates, Qatar and elsewhere while on research tours. “You go to any Gulf country, in construction sites you hear Malayalam. The engineers are from Kerala and so are many workers. Now Kerala workers have graduated (to skilled labor), and you find head load workers from other places.”

Difference in wages across places drives migration, as theorists have pointed out. If a carpenter gets Rs 25,000 a month in Kerala, he would migrate for a Rs 50,000 job in the Gulf; and a carpenter from Odisha where the wages are lower would take his place in Kerala, for instance.

Scenarios, however, change. Recent CDS research showed that for the first time in 50 years — that included the petroleum boom in the Gulf — migration from Kerala has reduced to 2.24 million from 2.4 million in 2014. The Kerala Migration Survey 2016, led by Rajan, suggested that in Kerala that has the lowest birth rate in India, call it migration-prone age group comprising people in the age band of 20 and 34 years is shrinking.

Social scientists have explained these phenomena with theories of demographic dividend. When economies develop into industrial systems, birth and death rates reduce. That leads to an increase in people in the working age — 15 to 64 — compared with the size of the younger and older population groups. This boosts the economy when the people are educated, well nourished, healthy and employed. That explains the first demographic dividend. 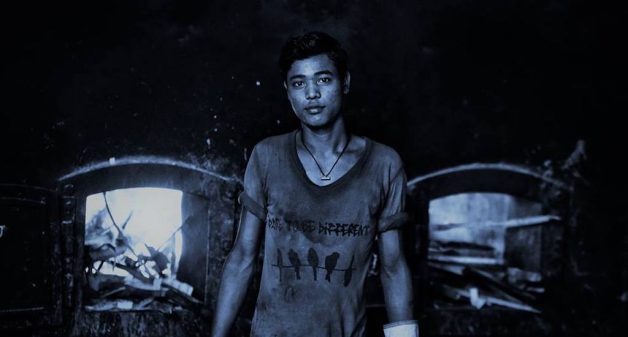 The downside is that a decrease in fertility could eventually lead to a low growth in labor force. At the same time, as people begin to live longer, there could be an increase in the share of elderly population. Overall, economic growth could slow down as benefits of the first demographic dividend diminish. However, societies can earn a second dividend when people live long, earn more, peak their income at retirement, and invest in human development.

Rajan suggested that Kerala could be moving towards the second demographic dividend. While a decline in out migration may affect the growth of Kerala, which still depends on remittances, labor shortage could also continue. “Now your plumbers work in the Gulf, and plumbers of other states do your work; in future you may not any plumber to go abroad,” Rajan told VillageSquare.in.

In developed economies, it is migrants who fill this gap in the labor supply. Migration experts call for proactive, positive migration policies. Still often politicians and popular media pander to a sense of nativism. “Every problem everywhere is attributed to migrants. We don’t have such extreme attitudes, still some people attribute all the ills of the society to migrants,“ Rajan said. Brexit and Trump’s anti-immigration policies are the results of local people’s fear of migration, he explained, as is Shiv Sena’s chauvinism.

The debate over Brexit or the exit of Britain from the European Union, for instance, reflected “a widespread sense of alienation and fear,” as director of the Oxford University Refugee Studies Programme Alexander Betts has pointed out. “Migration has become the go-to political scapegoat for a range of genuine social grievances.”

Far from fuelling such fears, Kerala’s politicians seem to promote policy measures to make migrant workers feel at home. Recently fake propaganda clips went viral over social media, showing a hotel employee being killed purportedly in Kozhikode district of north Kerala. Scores of migrants left Kozhikode, and restaurants where they worked had to close down.

Chief Minister Pinarayi Vijayan went public, assuring safety of the migrants, calling them back. Earlier a political furor erupted when a migrant worker died after a road accident as a private hospital refused to treat him. The Chief Minister acknowledged the issue, and the state is now considering comprehensive trauma care with free treatment for all accident victims. Kerala has also initiated an insurance scheme providing free treatment worth Rs 15000 to migrant workers.

Migrants appear to feel welcome too. “It is a friendly place, so I keep coming here,” said a balloon seller from Bihar who has been doing business on the beach of Thiruvananthapuram city for the past seven years. “It’s nice over here,” Das added, as his busy kitchen exuded Christmas cheer.

MM Paniyil researches and writes on environmental issues, and is based in Bangalore. Views are personal.