Derided as eater of rats, a large number of Mushahars in Bihar villages see education of their children as the only way out of the oppression they face daily but the going is still tough 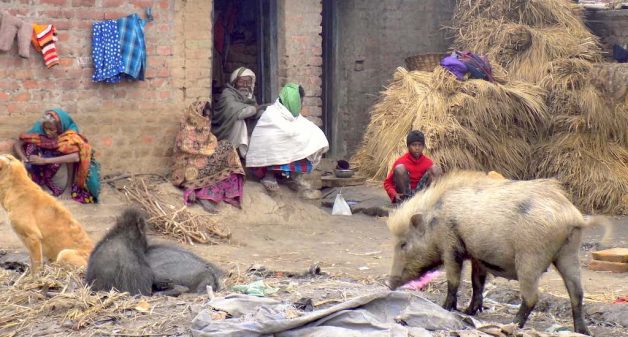 The Musahar community is still living in squalor across villages in Bihar. (Photo by Mohd Imran Khan)

Balmanti Devi and Renu Devi, landless laborers living in Hinduni Musahartoli village of Phulwari Sharif administrative block in Patna district, are sending their children to a government school in the hope education will help them escape the oppression their parent have faced all their lives.

Balmanti and Renu are two among hundreds of Musahar women in villages spread across flood-prone north Bihar to drought-prone central and south Bihar who have been silently ensuring that their children go to school for a brighter future. They are in the vanguard of a slow change taking place in hundreds of Musahartoli or Musaharis, as the villages of Musahars are known as locally.

Languishing at the bottom

At a time when India is making social and economic rapid progress, Musahars are still not allowed to live anywhere in Bihar except in hamlets earmarked exclusively for them. Living in unhygienic conditions will very little benefits from the government, this impoverished and oppressed scheduled caste is overwhelmingly landless, eking out a miserable living by working as unskilled or farm labor.

Bihar has nearly 2.2 million Musahars, according to the state Mahadalit Commission’s interim report. Community activists however claim the population of Musahars is not less than 3 million in Bihar. About 96.3% of them are landless and 92.5% work as farm labor. Literacy rates among this community, which upper caste Hindus still consider untouchable, is only 9.8%, the lowest among Dalits in the country.

“My elder son, who is 19 years old, is illiterate like most of others of his age in the community. But my two younger children — 12-year-old daughter and 14-year-old son — are going to school to study. I have a dream for them to become educated,” Balmanti of Hinduni Musahartoli told VillageSquare.in.

Hinduni Musahartoli is home to over 100 households but has failed to produce a graduate till date. The situation is the same in Kurkuri Musahartoli, a neighboring village with a population of over 2,000.

Renu, a widow who works as a farm labor to feed her four children, is determined to educate them. “No doubt I am struggling for survival but I want my children to study for a better future. If my children will not study, they will be forced to work as farm labor like most Musahars,” she says. “Education will open opportunities for them.”

But Somaru Manjhi, a resident of Kurkuri Musahartoli, said none of his five children went to school. “Even today, a majority of Musahars is like me, whose children are still not going to school. This is a big hurdle for us,” said Somaru, who rears pigs.

However, a sustained effort by some Musahar households is reflected in the composition of student in the primary school near Kurkuri Musahartoli. “There are 64 Musahar children of a total of 68 children in the school. It is something not imagined even a few years ago. Musahar parents are now ensuring their children attends school. The situation is changing, Geetasnjali Sinha, principal of the school, told VillageSquare.in.

Sinha, who has been teaching in this school since 1999, said earlier there was no inclination for education among Musahar parents. “Now more than men, Musahar women have a positive mindset for education of their children.”

Ghalib Khan, deputy director of mass education department of the state government, said experts have observed that discrimination on caste lines and a strong reservation for their unhygienic lifestyle results to discouraging Musahar children to join school.

Musahars, known for hunting and eating rats, is at the bottom of India’s hundreds of Dalit sub-castes, who are still treated as untouchables. Asharfi Sada, state president of Mushar Vikas Manch, said high illiteracy among Musahars is due to the fact that they have been always kept away from mainstream society. “Musahars were not only treated untouchables but were allowed to only settle outside a village and away from the main population for ages. Even today, Musahars are outcasts of society,” said Asharfi, one of the first few Musahar to earn a postgraduate degree in 1991.

He blamed society for keeping Musahars away from the mainstream. Most Musahar children did not get an opportunity to join schools and the few who went quickly discontinue because of discrimination they face. They also lack the environment for education in their mud huts. “To change Musahars, the government has to provide quality education to entire one generation of children to make them stand on their feet and become independent,” Asharfi told VillageSquare.in. “It is only possible by a special plan by the government. Private education is beyond their reach.”

Asharfi said that nearly 70 years after India’s Independence, there is only one medical doctor and one Phd scholar from the community, reflecting the sorry state of education in the community.

“The government as well as society have to join hands to come out with a different way to attract Musahar children to schools and create an atmosphere comfortable for them within its walls, keeping their lifestyle, language and environment in mind. We should encourage them by innovative ways instead of discouraging them by imposing our so-called civilized lifestyle,” said Prakash. 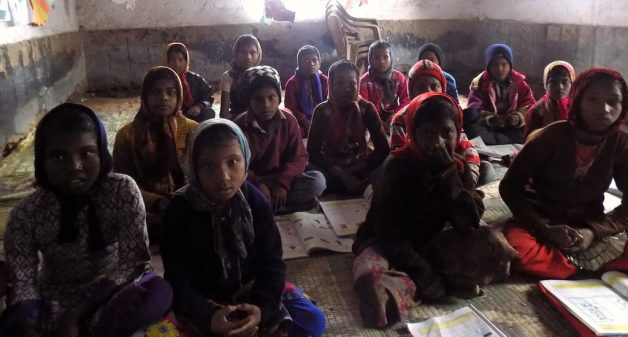 Vijay Prakash is running an alternative education school for Musahar children in Danapur. “After decades of working closely with Musahars, I am of the view that teachers are not encouraging Musahar children to join school. We lack sensitivity to their special needs.” He has found that creativity among poor Musahar children is better than many others. “They are very much inclined for creating jugaad (made–do) technology and handicrafts,” he said.

Philip Manthra, who has been who has been working for change through education of this community in Patna district for nearly 38 years, said Musahars need to be brought to the forefront of universal education. Manthra has founded an organization called Manthan to create awareness, motivate and facilitate Musahar children for education.

“Education is the key for their development. Education-centric approach with skill development through special programs by the government can make a difference. They have not given attention for centuries. Most of them are still living in huts. The government has to invest in creating shelter infrastructure to bring them in the mainstream. They need infrastructure development to create an environment of study,” Manthra told VillageSquare.in. “Unless there is proper environment, there is little hope for education.

Manthra recalled that in 1979,when he along with a team of 25 activists visited Jamsaut village under Danapur block in Patna district, 65 households of Musahars were living without a drop of water during summer. “When I requested for a glass of water, it took 45 minutes for them to arrange it for me from the house of a landowner in a nearby village,” he recalls. “One can imagine how they were living even without water then. Now the situation has changed with hand pumps installed by the government in most of Musahar villages.”

Bihar Chief Minister Nitish Kumar has launched several special schemes for the upliftment of Musahars in the past 11 years, according to Manju Verma, the state’s minister for social welfare. “The government has set up the Mahadalit Commission for their development and appointed thousands of Tola Sewak (village volunteers) and Vikas Mitra (development assistants) from among them,” she told VillageSquare.in. “We are committed to bring Musahars to the mainstream.”