Although it is true that the poor needs affordable technological solutions that meet their requirements, these solutions frequently fail to account for their aspirations and often do not offer what the user really wants 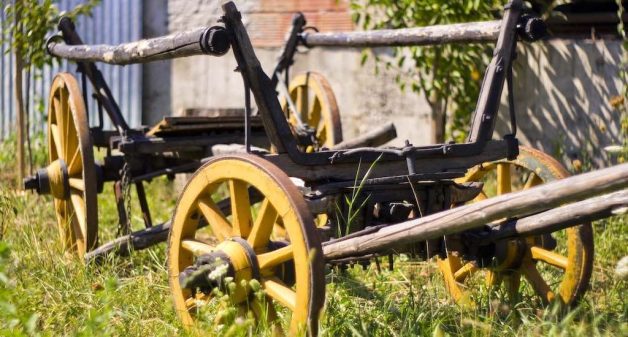 Solutions like improved bullock carts do not cut any ice with the poor any more. (Photo by Pixabay)

This is an old question answered variously by many people, yet without satisfactory outcomes for the poor. If the poor did not have access to any technology that helped them make the most of their meager resources, not only would their status would be frozen, but also, more importantly, the gap between them and the haves would keep increasing to unacceptable levels.

Hence, they need technologies that improve resource use efficiencies sharply. There are a few stray sets of people who believe that despite this, the poor, particularly the more remote, forest-dwelling, primitive poor, should not have access to any technology. The logic is that intrusion of technology would destroy their harmonious relationship with nature and ruin their pristine way of life and culture. Whether the tribal people want to preserve their way of life or not, the so-called rich cultural diversity must be preserved.

This strand of logic is a sort of insidious version of oppression. It is tantamount to saying, “I have had access to all manners of technology and have changed my life and that of my children. I find that the older and bygone culture and life was so much better. So while I will not regain it, you must maintain that pristine culture, else there will be such unmitigated disaster for the humanity.”

And having said that, the proponent of such a strand goes on to enjoy all fruit of modern living, leaving the unsuspecting primitive man struggling for survival in a worsening environment. Fortunately, such insidious fascism does not have many takers or much formal support.

There is a near consensus about the need to enable the poor to also participate in the process of modern development by availing the technological progress. Hence this question — what technology does the poor need — is posed. The broad assumption behind this question as well as most of the purported answers is that technology, as manifest and made available through gadgets and processes, invariably involves capital investments and cash outflows, which the poor cannot afford. Yet they need the end results of what any technology has to offer. Hence the question is what technology the poor need.

Forty or fifty years ago, the answer to this question was found in the phrase appropriate technology. A charitable explanation of what constituted appropriate technology was the one that was compatible with extant user conditions, yielded outcomes that were superior to the current state if not entirely desirable and matching with what so-called modern technology offered and could be made available to the poor within their limited, strained means.

There were serious attempts at developing and offering such technological solutions to the poor. A celebrated technocrat who first headed an Industrial engineering institute and then a management institute for decades spent his lifetime improving the efficiency of the archetypal rural transport, the bullock cart. High Institutes of learning established centers within them to conduct research and development on appropriate technology.

Quite a large volume of work has been developed in this field. Hundreds if not thousands of prototypes, models and field-tested products have come through such commendable efforts. A few of these products thus developed, such as four rather than two-wheeled camel carts and rubber tires on bullock and camel carts can be seen quite a profusion across the country. I was connected with an organization that sold lakhs of manual treadle pumps that enabled small farmers to use groundwater to grow crops and double or triple their incomes.

What the user wants

The discourse of technology for the poor addresses the question of cost and user conditions. Both these questions are about user needs. The poor user needs an affordable solution that can meet his or her requirement. However, very often it fails to incorporate the question of what the user really wants.

My submission is that there is no fundamental difference between the poor person and his relatively more fortunate brother or sister, save in his income. Aspirations, in particular, are the same. And aspirations are a huge force driving consumer behavior.

A product designed specifically for the poor goes against the very grain of these aspirations. He is told that this is a product that you should buy because it is made within your budget. Such a product keeps reminding him of his poverty. And living with it all his life, he is sick and tired of his poverty and any reminder thereof is unpleasant.

In terms of aspirations, a poor person wants everything that she sees the richer buy, use and consume. In reality, she is constantly frustrated and depressed she cannot have it. Those who are resigned to their fate accept what they can afford possibly cursing their immutable destiny. Quite a few of them, particularly the young, do not take this passive attitude and keep aspiring for what their better off counterparts have.

And then they end up buying either the products that are poor quality copies in look and feel, or buy secondhand products made for the wealthy when the later have grown tired of them. But they do not wish to buy products specifically made for them.

There are three difficulties associated with reaching and marketing products designed specifically for the poor. The first is the impossibly large cost of ensuring that persuasive information about the product effectively reaches the poor. The second is to make personal viewing and trial of the product possible particularly for the dispersed rural buyers.

The third is to ensure that these market creation costs as well as the basic production costs can be covered by the so-called affordable price charged to the consumer and yet leave an incentive for large enough number of manufacturers to produce the product. When viewed together, these three difficulties have made the business scale of business of technology for the poor at unviable and unattractive levels.