There is a need to develop easily divisible technologies that do not need heavy investment, after taking into consideration social customs and cultural practices of rural users 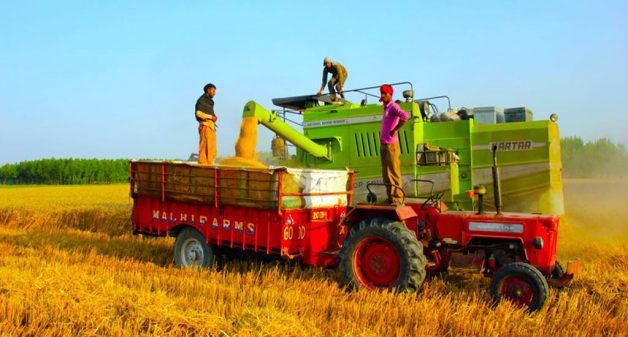 The use of harvester-cum-thresher machines has led to stubble burning in farms, which has worsened the problem of air pollution in India. (Photo by Vivian Fernandes)

Sharing gadgets of indivisible technologies is one possible method of achieving divisibility. This introduces the institutional environment governing contracts for sharing in the process of making the technology divisible. Ownership by one individual and paid use by others is one method of sharing.

It takes a certain degree of evolution of markets for sharing of gadgets to come about. The issue of pricing the usage is also fraught with complexities — whether the rent will cover only a small allocated cost of the fixed investment and maintenance cost over and above the variable cost.

Given that social power is unequally distributed due to nexus of caste-class and power, there is an inherent difficulty in making jointly owned gadgets available to everyone equitably.

There are many known methods of making technologies divisible. Scaling down a technology is a very common method. Introducing mobility in gadgets or putting them on a movable platform is another option. Modularizing the total technology package, making decoupling of modules possible and then encouraging distributed ownership of different modules is a third method.

Facilitating transportation of outputs of the gadgets over longer distances is a common method of making technology divisible. One can see instances of each of these methods. These examples come in a wide spectrum of applications.

It may be useful to look at a range of applications and see which among the above possible approaches of achieving divisibility is relatively easier to adopt. Conventionally, such rural applications are broadly divided into two categories — those oriented towards production and having specific economic ends, and those applications that improve the quality of life by contributing to non-economic ends as well.

Applications in productive class include those in farm operations, including land preparation, planting or sowing, care of plants, supply of nutrition for plants, irrigation, harvesting and post-harvest clearing of the farm. 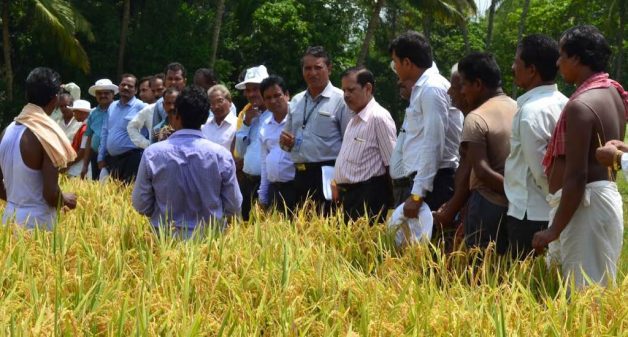 Technology for rural poor should be developed in consultation with the end users. (Photo by International Rice Research Institute)

In addition, operations pertaining to feeding, tending to or using animals and their products, applications furthering, supporting or strengthening other productive engagements of the rural population, warehousing, communications and transportation also have economic ends.

The applications for improvement of quality of life relate to the usual domestic needs and engagements such as drawing drinking water, hygiene and sanitation, preparation and storage of food, domestic lighting and heating where called for, communications, and private personal transportation.

In addition to achieving divisibility in application, those who develop technology need to pay attention to an important attribute, namely, the current social customs and cultural practices surrounding an application.

As an instance, rich folklore including dances and songs has emerged around harvesting in many parts of the world. While economic forces work relentlessly, chipping at the basis of the system of mutual help in harvesting times, an essential core of such folklore, it is easy to dismiss all social and cultural customs as immaterial while evolving technologies.

The slow speed of adoption of a technology often points to a neglect of the social customs and cultural dimensions, that tends to be considered as a mere diversionary tactic during post-mortem.

A historical example of this was the neglect of the sanjha chulha custom in Punjab (where women would make rotis on a shared common tandoor), using the occasion to exchange notes and relax after a day’s labor, when biogas or liquid petroleum gas (LPG) were launched in the 1960s.

An important issue in devising divisible technology connects therefore to the way any current method of doing things is seamlessly integrated into a way of life. This is perhaps the broadest term one can use to include production practices in vogue, the need and current method of obtaining mutual help, intensity with which resources are held as private or shareable, and culturally ingrained and accepted ways of sharing of materials and spaces across people.

Introduction of a new technology may improve efficiency, reduce drudgery and increase speed, but could also pose a challenge in terms of requiring local customs to modify themselves, disrupt the hidden calculus of mutual help and lead to unpredictable social consequences.

While it may sound farfetched, it is at least interesting to speculate whether every household adopting its own LPG cook stove has completely disrupted the sanjha chulha system, eventually leading to reduced cohesion and increased distance between neighbors in Punjab villages. If anecdotal pointers from TV serials and films are any indicator, the disrupted systems provide a fertile ground for seeds of alienation between Hindu and Sikh families within the same village!

Another example of such wide ramification of technology and its divisibility could perhaps point to, literally a burning problem. About 30 years ago, harvesting and threshing of paddy and wheat were two separate operations — harvesting done on the farms and threshing done on shared threshing grounds.

As harvester-cum-thresher machines — commonly known as combines — replaced this practice, leading to much-touted improved efficiency and reduction of time between two crops, the problem of crop residue, namely, the stubbles, emerged, with each farmer adopting the simple mechanism of burning it in situ. This is led to the widespread problem of air pollution across the country.

These instances indicate that the task of developing technology for the poor is not really only for the techies and the geeks working in their isolated labs. While they provide the technical brainpower, they should preferably team with people who understand the social and cultural context in which an operation happens.

Together, they need to engage with the people and understand how critical the socio-cultural dimensions associated with the current methods of doing a task are. They should foresee the ramifications of replacing the current practice by methods and gadgets affordable by each single household while developing the same.