Healthcare infrastructure is poor in rural areas of Kashmir, and it particularly affects the women, who have to rush to Srinagar to get proper medical attention, as there is a dire shortage of gynecologists in the districts 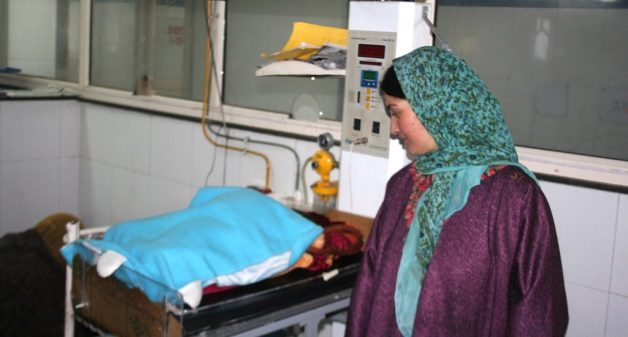 A woman takes a look at her baby in Lal Ded Hospital in Srinagar. (Photo by Athar Parvaiz)

Jammu and Kashmir’s Department of Health and Medical Education on its website has a lofty proclamation that says the department “is aimed at bringing about dramatic improvement in the health system and the health status of people, especially those living in rural areas.” It evidently has a long way to go given that there are hardly any healthcare facilities in the rural areas of Kashmir.

Although the health department emphasizes on the health status of people in rural areas, the countryside is poorly served, as healthcare facilities, both public and private, are largely concentrated in the cities of Srinagar and Jammu.

As a result of this, women among the rural poor bear the brunt of poor health facilities. For example, in the sub-district hospital at Sogam Lolab, some 115 km north of the Himalayan state’s summer capital Srinagar, the two gynecologists, one a diploma holder, attend the hospital for just two days in a week, local residents alleged.

“One of these doctors has been appointed under NRHM (National Rural Health Mission). But they are never available during nights,” Gowhar Ahmad, a local resident, told VillageSquare.in. “Whenever a woman develops pregnancy related complicacies, her attendants are compelled to shift her to the district hospital, where she is again referred to Lal Ded Hospital (Kashmir’s leading maternity care hospital in Srinagar).”

At a private hospital in Srinagar, Shahzada, mother of a 15-year-old girl from Kupwara district’s Lolab area, said she had to bring her daughter all the way from that remote area to Srinagar as even a minor gynecological problem of her daughter could not be treated in her own district due to lack of proper facilities.

“For the past several months, I kept taking her to sub-district and district hospital in Kupwara. But instead of showing any signs of improvement, her health further deteriorated. Most times, we would return home without meeting the doctor as there was only one lady doctor (gynecologist) in the district hospital,” Shahzada told VillageSquare.in. “We got fed up and brought our daughter to this private hospital in Srinagar,” said Shahzada, flanked by her wiry and pale-skinned daughter in the waiting room outside the doctor’s chamber.

“Over the past 15 days, I have been putting up at a relative’s place here in Srinagar who has rented accommodation,” she said. “All this to get my daughter treated for a health problem, which could have been taken care of in my own district.”

The district health officials, however, say the situation has improved over the years. Praladh Singh, Chief Medical Officer of Kupwara district, said patients now get proper care at Kupwara district hospital. “We had issues related to medical staff for a long time, but now we have largely addressed them. Now we have three gynecologists,” he told VillageSquare.in, but declined to discuss or answer specific questions that were based on inputs from the residents of the district.

Reports of women facing the situation of life and death due to lack of healthcare facilities and human resources often come from various corners of Kashmir. Lack of basic health facilities often trigger protest demonstrations whenever a woman dies or goes through avoidable agony during obstetric illness because of lack of basic facilities. 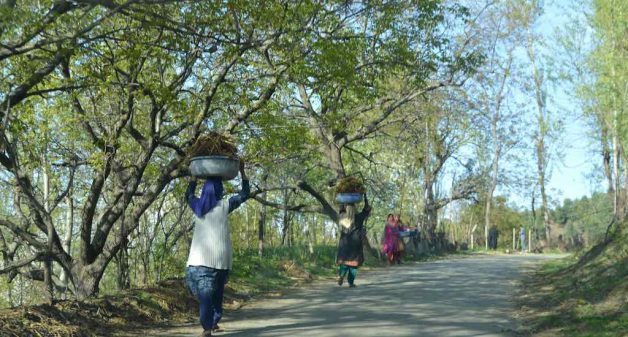 Officials of various district hospitals, who requested anonymity, told VillageSquare.in that they are struggling to deal with such patients owing to dearth of human resources, especially gynecologists, anesthetists and nurses.

They said that none of the district hospitals in Kashmir has a High Dependency Unit (HDU), not to mention an Intensive Care Unit (ICU). The HDU is an area in a hospital where patients can be cared for more intensely than in a normal ward, but not to the point of intensive care. So, it is also known as the intermediate care unit.

“Patients in HDU may require ICU admission later (step up) or at the same time, patients in ICU who had an improvement in their condition, may be shifted to HDU (step down), before shifting them to the general ward,” says a document of union health ministry, which lists a number of guidelines for obstetric HDU.

In March 2018, the Jammu and Kashmir health department came up with a report on manpower audit, which paints a gloomy picture of health-care facilities across the state.

“Though funds for raising/upgrading civil infrastructure for both the Health Services & Medical Education sector have been coming under various Centrally Sponsored Schemes and now also under Prime Minister’s Development Plan (PMDP) for J&K, want of commensurate creation of posts of manpower to man these new Institutions has bred a culture of running the new Institutions whether these are New District Hospitals, SDHs/CHCs or PHCs or the Medical Institutions like new Medical Education Institutes like Ayurveda College or GNM/ANM Colleges etc. ‘on internal adjustment basis’ which has led to cannibalization/depletion of the Staff of the existing Public Health Institutions and has harmed both the Old as well as the New Institutions leading to public dissatisfaction and the weakening of the basic Health Care Delivery System,” the report says.

According to the report, which quotes the National Sample Survey 2014 conducted by the federal ministry of statistics and program implementation, private health sector provides 72% of the healthcare services in rural areas and about 79% in urban areas in the country. However, In Jammu and Kashmir, nearly 97% of the healthcare needs of the 14.3 million population of the state are met by public health institutions as the private sector has not developed in the state due to its geographical remoteness, disturbed security scenario and restrictive land laws.

The doctor to patient ratio in Jammu and Kashmir, the report says, is amongst the lowest in India. “Compared to the doctor-patient ration of 1:2000 in India, J&K has one allopathic doctor for 3,866 people against WHO (world Health Organization) norm of 01 doctor for 1,000 population,” it says.

The Comptroller and Auditor General (CAG) in it 2017 report had also raised an alarm about the pathetic lack of health infrastructure and human resource in the state’s hospitals. According to the performance audit conducted by the CAG in 84 community health centers (CHCs) and sub-district hospitals (SDHs) of the state, there were only 270 specialist medical officers available in these health facilities against the sanctioned strength of 504 specialists. There was 46% deficiency of specialists in these health centers.

According to the CAG report, the position of staff in blood banks in district hospitals “was worse” as there were only 10 staffers available in these blood banks against the sanctioned strength of 132 posts.

The upshot of poor health services in district hospitals of Kashmir, especially with reference to the health issues faced by the women, is the that majority of the patients who need obstetric care and run even the slightest risk are referred to the region’s solitary tertiary care maternity hospital — Lal Ded Hospital — in Srinagar.

“This puts a lot of load on this hospital.” Shabir Quarashi, Medical Superintendent of Lal Ded Hospital, told VillageSquare.in. “Despite so many district hospitals, which have been established to reduce the burden on this tertiary care hospital, we don’t see any difference.”

“Even the women who suffer from the basic gynecological problems are referred to this hospital from the district hospitals,” said a senior doctor of the hospital, who spoke on condition of anonymity.