Tired of being denied basic human rights and held to be untouchables, Musahars in some villages of Varanasi district are speaking up with help from community activists, but a decent livelihood is still far away 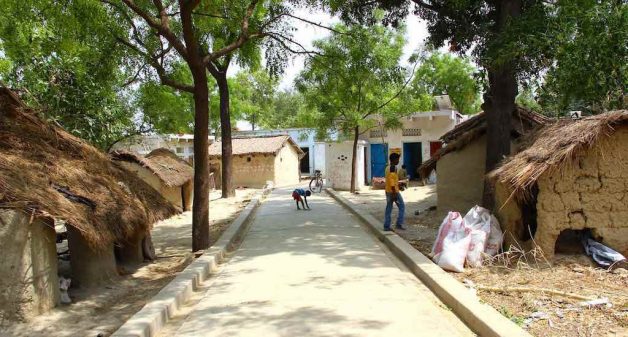 Paved roads and houses have been built in Sarai after 2003. (Photo by Tarun Kanti Bose)

Musahars living in the villages of eastern Uttar Pradesh and Bihar are relegated to the lowest rungs of society, and are still considered untouchables. But those living in Sarai village of Pindari administrative block in Varanasi district have been bravely able to confront it.

They have overcome generations of fear of organized violence and are now trying to rise out of poverty. The hamlet of 30 families stands as model for the Musahars living in the villages of Varanasi district and other parts of eastern Uttar Pradesh and Bihar.

“Seeing any outsider in the village, men and women were scared and used to run away. There was perennial fear of police implicating them in false cases. If any theft, burglary or murder was reported, police rushed to Musahar hamlets like ours. Many of our villagers languished behind bars on false or trumped-up charges, which have now stopped. Now they have no fear of police,” Bablu Ram Musahar, who is doing his masters in Sociology from Mahatma Gandhi Kashi Vidyapith in Varanasi. Told VillageSquare.in. “Earlier, they lived in a condition of servitude while working in brick kilns and they were beaten, abused or humiliated if they asked for wages. Now they negotiate wages before starting the work.”

Musahars living in Sarai either work in brick kiln or migrate to Punjab and Haryana, where they work as farm labor. Delayed wages and the corruption-ridden Mahatma Gandhi National Rural Employment Guarantee Act (MNREGA) could not stop the migration. One among the villagers works in the railways.

Sarai residents once lived under the open sky, facing the heat, dust, rain and cold. Days and months passed before they could take a bath. Now the change is being felt. There’s a paved road, solar lights, two hand pumps and houses built under Indira and Lohia Awas Yojanas in the village. But in other Musahar hamlets, the condition is precarious.

“What has happened in Sarai was due to Varanasi-based People’s Vigilance Committee for Human Rights (PVCHR). I started working in my community as I was chosen as a fellow by the Dalit Foundation. It picked up a momentum in 2004. Initially, seeing the functionaries entering the village for building awareness among, all our fellow brethren used to run away. Slowly I helped them to gain their confidence,” Mahabir Prasad Vanvasi, who cleared his Intermediate exams, was selected as a teacher but was denied the job, told VillageSquare.in. 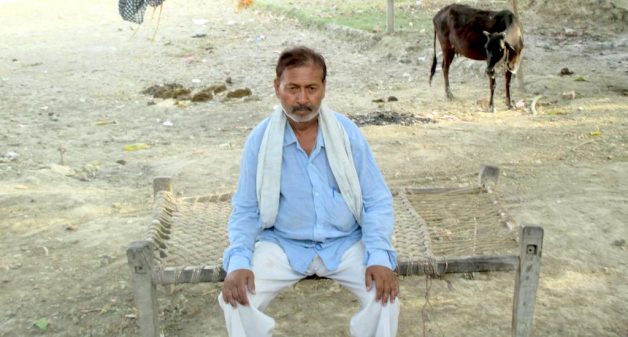 Mahabir Prasad Vanvasi has been a local activist for change. (Photo by Tarun Kanti Bose)

Regular meetings and interactions helped in building a rapport. PVCHR was successful in breaking the traditional fear and silence. In 2006, PVCHR approached the National Human Rights Commission (NHRC) and its intervention helped the Sarai residents in getting voter ID cards.

Soon after that, nine houses were built under Indira Awas Yojana. In 2007, 5-6 families were issued ration cards. Earlier, these villagers who were chased and driven away by village council functionaries, as they blatantly practiced untouchability.

“Now we put pressure on the village council chief if he tries to hoodwink us on welfare schemes allocated for our village,” Vanvasi said. “Earlier, we were not allowed to fetch water from the pond. Now we are permitted as we fought for it and got the right to use under Common Pool Resource (CPR). Due to our insistence, the panchayat pradhan enrolled our widows and senior citizens for pension.”

“We are derogatorily described as rat catchers and despised as scum of the earth,” 80-year-old Raghunath lamented to VillageSquare.in. “But now things are changing. Welfare schemes and development work have been possible, as we have started questioning the authorities. Earlier, our children were not allowed to enter the school. If they were enrolled, untouchability was such that they had to sit outside the class. We suffered from fear and silence. untouchability is still practiced but now our children are enrolled in schools and they try to confront who try them to abuse or humiliate them. We have no fear in our mind.”

“Earlier, we were dirty and stinking, living under the open sky. Fear of police and upper castes gripped our mind. Now we have a house, electricity and water,” 70-year-old Kalawati, a local resident, told VillageSquare.in. But the problem of livelihood exists. As Musahars are landless and have little knowledge of agriculture, we are forced to work in brick kilns, where there is extreme exploitation. Those who have learnt working in the fields migrate to Punjab and Haryana.”

Musahars are traditionally held captive in brick kilns and stone quarries in Uttar Pradesh and Bihar. They are given a pittance of Rs 350 a week for sustenance. But major portions of their wages are not paid. But in Sarai, villagers working in brick kilns try negotiate with the owner and get a fair wage. If the owner does not pay, then they try to register a complaint with the Labor Department.

“Since 2010, those working in the brick kilns made it clear to the owners that they want a fair wage. But the brick kiln owners have political clout and that’s a major problem. An incident in 2010 opened our eyes. Ram Dayal, a 27-year-old youth from Sarai, along with others, started working at Raju brick kiln at Rassi patti in Harahuwa block of Varanasi district. Things started taking a turn when another villager Bhola asked for an advance for his daughter’s treatment, he was abused and beaten. When Ram Dayal objected, he and other Musahar workers were held captive. Constant intimidation and forced labor without any wages had pushed him, his family members and others to the condition of servitude. Basic necessities and proper medical assistance were denied to them. On slightest of pretext or in any demand they were mercilessly beaten, humiliated and abused, “ Vanvasi told VillageSquare.in. 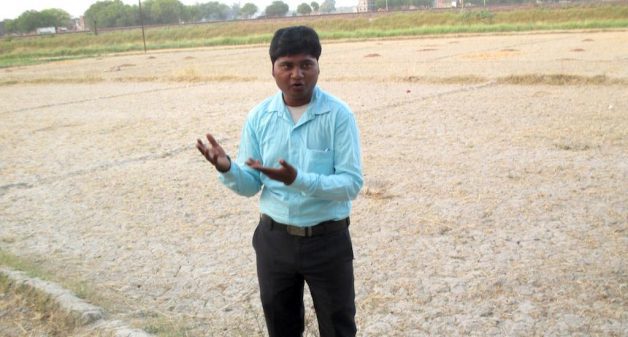 “We came to know of their workers’ plight and helped them to register their complaints with relevant authorities. The District Magistrate extended all possible help. Ram Dayal and others were given compensation. Now Ram Dayal works as an agricultural laborer. He is a bit crippled due to constant torture and beatings,” said Vanvasi. “The release of the workers from the clutches of brick kiln owners opened the eyes of their fellow brethren. It has generated confidence among other Musahars. Now they do not want to submit to anyone in silence but want to confront their perpetrators and are in a better position to reclaim to attain their rights.”

Though it might seem to be a small change in the eyes of the others, it has meant a lot to the Musahars. “Those who had been victims of torture have become human rights defenders. A public hearing on atrocities against Scheduled Caste (SC) was organized by NHRC in November 2013. We have made all the complaints to the NHRC including individual testimonies,” Bablu Ram Musahar told VillageSquare.in.

Despite the improvement in their lives, livelihood options for the Musahars are still limited. Even so, Sarai is a successful example of intervention at the grassroots level, which had helped in breaking the culture of silence by eliminating fear.