An information center in Nuh district that lags in economic and social development has created awareness about government schemes and entitlements, and has empowered villagers to claim their rights 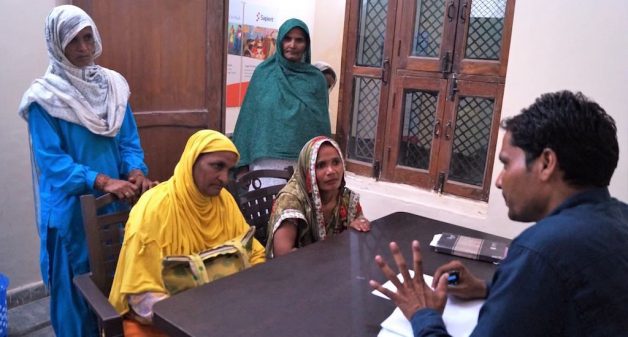 Frequent and unscheduled disruption in power supply in Bainsi village irked Khan Mohammad. The ramshackle electricity transformer pillar in his village in Nuh district of Haryana seemed to be the reason for the problem.

When electric supply completely stopped, Khan decided to approach the Citizen Information and Support Center (CISC), located 15km from his village. “CISC helped me submit an application at the chief minister (CM) window counter at Nuh,” Khan told VillageSquare.in. “Within a day, an engineer surveyed it and installed a new transformer, restoring power supply.”

Restoring power supply was one of the many concerns of the community that got resolved quickly. Preventing siphoning off of food grains and getting their allotted quota of 50kg for their ration cards and getting toilets constructed as part of Swachh Bharat Abhiyan are a few of the entitlements the villagers benefitted from, with the help of CISC.

Sehgal Foundation, a Haryana-based not-for-profit organization working on empowering rural communities started the CISC to create awareness about their rights. When the Foundation conducted an initial survey before beginning their work, it found that awareness about government programs was low in Nuh district.

Nuh district, with its 431 villages and falling in the Mewat region of Haryana, has a low literacy rate at 56.1%. With 78% of the population being dependent on agriculture, conservative mindset and patriarchal system compounded the low development status.

Those with financial resources persisted in their efforts to solve their problems. “When we started CISC in 2014, the villagers were ignorant and failed to approach government departments,” Vikas Jha, director of Good Governance program at Sehgal, told VillageSquare.in. “Hence the problems of the villagers remained unresolved.”

Technology to the rescue

Sehgal’s survey revealed that majority of the population owned a mobile phone. Hence Sehgal decided to set up CISC as an information hub with a toll-free helpline as the pivot. The center helps villagers learn about government programs. 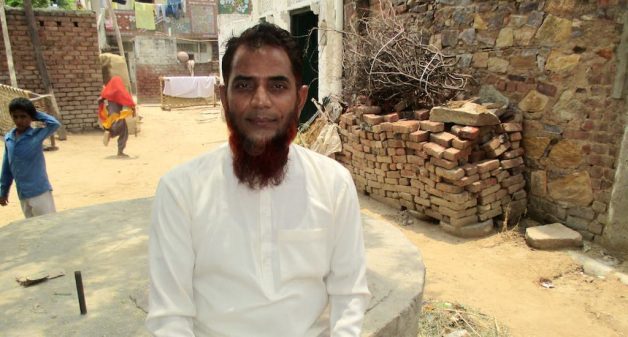 Sehgal developed an application, which allowed villagers to voice their queries in the regional Mewati dialect. The helpline, which operates from 7 am to 7 pm six days a week, receives about 65 calls a day. It received 15,000 calls in 2017 from 431 villages in the district. It got 3,084 calls in the first three months of 2018.

“Based on cloud-based integrated and voice response system (IVRS) technology, the helpline has been providing information to callers from villages of Nuh, Tauru, Punahana, Nagina and Ferozpur Jhirkha administrative blocks of Nuh district,” Mohammad Sabir, coordinator at CISC, told VillageSquare.in. “We harnessed technology to connect communities to government programs meant for them.”

In addition, Sehgal organizes meetings with the villagers to discuss about government schemes in detail. Two facilitators from CISC visit villages regularly to provide information on key government programs, the procedures needed to access entitlements and filing complaints with government departments.

“CISC lends a helping hand to the villagers to benefit from government programs,” said Niaz Mohammad of Kairaka village. Many of the villagers vouch that the center’s staff help them all the way, till their problems are resolved.

The center helped Mohammad Sharif of Noshera village get money from the labor department to purchase a cycle and tools for his trade. “In the Mewat region people do not know about the National Welfare Scheme for the workers,” he told VillageSquare.in. Mohammad Sabir said that they were trying to help workers get their due from the unspent fund of Rs 2,200 crore meant for National Welfare Scheme.

“When the public distribution system (PDS) depot holder denied rations to most of the families, saying their details were not available online, many of us had nothing to eat,” Ali Sher of Devla Nangla village told VillageSquare.in. 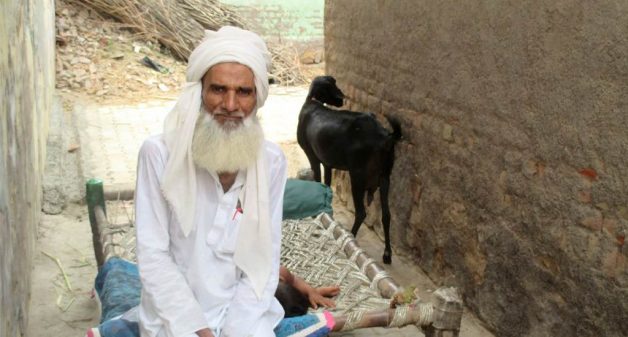 Through a Right to Information (RTI) application with the Food and Civil Supplies and Consumer Affairs Department, Aas Mohammad learnt that his name was in the online list. Aas Mohammad filed a complaint at the CM window.

The government initiated a vigilance enquiry and conducted a raid at the depot holder’s house. As it was found that the depot holder was siphoning off the food grains, his license was cancelled. “Timely action by Aas solved the woes of many of us facing the same problem,” said Ali Sher. “Now 171 quintals has been allotted for 600 ration card holders.”

With a predominant Meo Muslim population, women still followed the purdah system of wearing veils and did not appear much in public. At 37.6%, the female literacy level is extremely low. The women remained under various socio-cultural constraints. But with the helpline providing them with a lot of information, they are on their way to being socially and financially empowered.

Mehraula village faced water scarcity but the adjoining village, Rozka Meo, that had been adopted by the then President Pranab Mukherjee, had all the facilities. Mehraula women had to walk about 1.5km to fetch water.

“All of us signed an application and filed it at the CM window counter,” Shaukat told VillageSquare.in. “Within three or four days, two hand pumps were installed.” Subi, her neighbor said, “It has been a great relief for us women.”

Through the information center, Asubi of Bibipur village registered with the Karmakar Kalyan Board. “I received Rs 3,000 for purchasing a sewing machine and Rs 5,100 as Mahila Samman Bhatta (women dignity allowance),” Asubi told VillageSquare.in. “Through tailoring I am adding to the family income.”

The dangling overhead lines that passed over a land in a neighboring village had been slashed, leaving Devla Nangla, village with a population of 8,000, in darkness. The villagers approached the electricity department with the help of CISC. “Electric poles were installed immediately and every house got electric supply,” Sharif Ahmed told VillageSquare.in.

Farmers use dhaincha plant (Sesbania bispinosa) in their fields as nitrogen fixer. “With the help of CISC, we were able to get dhaincha seeds at half the market price,” Mohammad Sharif of Noshera village told VillageSquare.in.

Nijjar Mohammad of Devla Nangla sought CISC’s help to get widow pension for 30 widows of his village. “I could file RTI applications and get scholarships, free uniforms and mid-day meals for the needy students of our village,” Nijjar told VillageSquare.in.

“All our efforts become worthwhile when we are able bring a smile on the faces of the poor villagers,” said Mohammad Sabir.