Innumerable varieties of native fruits and leafy vegetables found in different parts of India are becoming rare on dinner tables. We should make efforts to revive them for a more varied and nutritious food basket 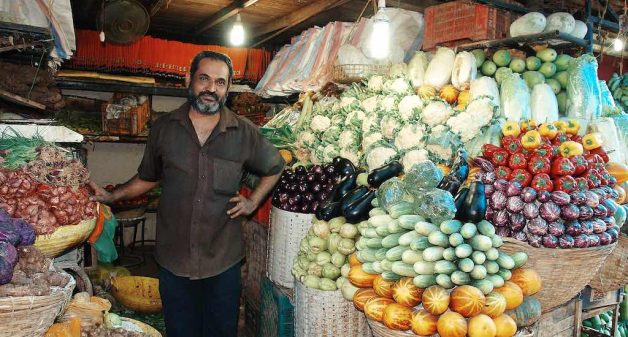 We were visiting the sites in Kamrup district in Assam where the Centre for Microfinance and Livelihoods was implementing a project to enhance tribal livelihoods. We were in the backyard of a Rabha tribal family. Mango, Assam lemon plants and pepper creepers on areca nut trees was the combination that was being promoted.

In the yard, I suddenly saw a number of yellow-red fruits lying on the ground. When I enquired, they brought a raw, green fruit. It was very tasty, with a mild sweet and sour taste. I had never seen it before. Locally called kordir, I was told that this fruit is formally known as star fruit.

My erudite companion Jahar Saha, former director of IIM Ahmedabad, told me that it was known as kamranga in Kolkata and he loved it, but it was not often available. He said he paid Rs 60 a dozen when he got it. And here it was rotting in the mud in the Rabha backyard.

I asked why is it not sold and got the typical answer one hears in Assam and North East — the fruit had a short shelf life and transport was so difficult that traders thought it could not be profitably sold and so there was no market for it.

I remembered my colleague piloting a small project a few years earlier for giving saplings of bahunia plant (also called kachnar) to tribal families in Central India. It seems that this plant grows as a large trees and the tree gets new leaves in summer. Young leaves make an excellent vegetable and one day I suddenly saw the bahunia leaves (known also as kachnar) in the local market in Gumla town in Jharkhand.

Still several years earlier, roaming in tribal farms in the then Bharuch district in Gujarat, I had seen and enquired about bright red leaves of a shrub growing on its own in the cotton or tuwar plots of farmers. Upon enquiry, it turned out to be ambadi (or roselle) and it occurred to me how my mother used to make and we all relished a preparation of ambadi mixed with chickpea dough and garnished with garlic, to be eaten with jowar bhakri.

All this is strictly in the past tense as the cities I subsequently lived in seldom offered leafy vegetables other than spinach or fenugreek. Thoughts of ambadi had then reminded me of tarota (cassia tora), a prolific shrub that grew in monsoon all round our home in Amravati city in Vidarbha and which was picked by our maid to go cook its leaves as a vegetable.

Thinking on these matters, my mind turned to my interaction in the late nineties with a gentleman from Ahmednagar district in Maharashtra. He came to ask my advice and help about a project about ghyapat (agave). He told me that ghyapat grew in abundance in the arid wastelands in the rain-shadow areas of central Maharashtra.

I did not follow what he meant, so he showed me photographs and I immediately recognized these broad and long leaf shrubs, which form boundaries of farms in many rural areas in central India. He said that traditionally the fibers of the leaves were used for making ropes, which were used by villages in their daily lives. Replaced now by nylon ropes, the market for these had crashed and so had the livelihoods connected with it.

Ghyapat grows wild in the arid and warm desertifying lands in much of Marathwada and adjoining Telangana and Karnataka. He wanted to cultivate it, install shredding machines and make a business out of it. He wanted to access a big grant from a foreign donor.

I later discovered that his balance sheet was small and he did not have registration to get overseas funds so getting that foreign grant was out of the question. Subsequently, the project, topic and the name of the plant dropped from my memory. I learn that sweeteners and even wine can be made from extracts of these leaves, aside from rope, for which the small industry corporation in the then Andhra Pradesh had prepared a project.

Going out of use

If a city dweller, Anglophone person like me can cite five examples of such trees and plants, which had great uses and applications once but have dropped out of attention, clearly there are many more. When one searches information on them, one sees that many of them, for example bahunia, has high nutrient content or have strong medicinal value. And yet they are going out of usage.

Why are they vanishing from our lives, our tables and our food basket? Can they be revived and brought to their pristine positions? I can only speculate about why such plants and their uses are falling into obscurity.

Populations of some of these plants are becoming rare perhaps because of loss of habitat. Amravati was not a thickly populated brick and mortar jungle when I was a child and there were plenty of open spaces. Things have changed now. The plant tarota has perhaps lost its habitat.

Some plants are still seen but in reduced number due to pressure on common lands from grazing, encroachment and diversification in uses. The population of other plants such as bahunia is perhaps not keeping pace with the massive growth in human population and hence the availability of their produce has declined.

In some cases, such as ambadi and kamranga, no effort has gone in to convert them from naturally occurring plants to cultivated ones. Perhaps efforts to understand their agronomy and make their planting materials available have simply not happened. Plants like agave, which occur in abundance, still have simply not been exploited in a manner that fetches good value to those who would grow or harvest them.

Perhaps these plants are becoming victims of commercialization of certain vegetable produce like cauliflower, cabbage, tomato, capsicum, spinach, etc., considered to be appropriate by the social role models. Therefore, no one takes any interest in what we can claim to be our plants native to this country, and they slowly start going out of use and become scarce.

Is this an inevitable situation or one that needs to be and can be reversed? Aside from treating them as quaint curios and writing occasional pieces about these, what can be done about them?

My friend Late Madhukar Dhas told me once that he had organized a competition in Yeotmal in Maharashtra for uncommon vegetable preparations based on plants that occur naturally but are becoming scarce, and there were 61 distinct entries!

If organizers of events where large gathering of people come show cased and offered dishes from these food ingredients, would it create a demand? If along with Spanish, Irish or Mexican food festivals, if star hotel chains offered festivals of vanishing Indian dishes, would it boost them and lead to their larger scale production and use?