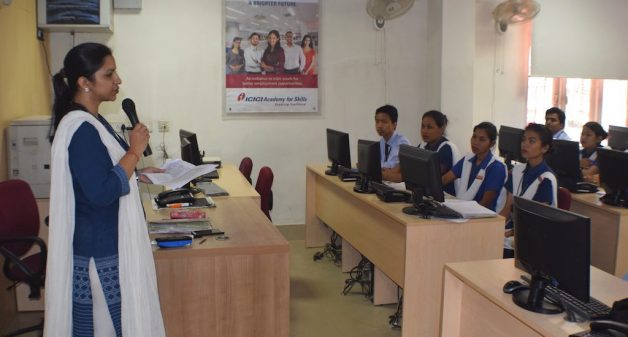 Uncertain till about three years ago about her career and the kind of life she was destined to lead, Rulina Begum, now 21, from Mankachar village of South Salmara Mankachar district in Assam, now works as a sales promoter with a multinational mobile handset company. Based in Guwahati, she earns over Rs 12,000 a month and supports the family that lives in the village, while taking care of her own.

Recalling the past, Rulina said she almost broke down and her hopes were shattered after her father died in 2015, when she had only completed higher secondary studies. “We had limited resources left with the family to support my higher studies,” she told VillageSquare.in, underlining that her mother looked after the family by taking up tailoring jobs. “Poverty being the common ailment across rural Assam, dreams of most adolescent girls see their end in such situations as poor parents fail to support education of their children.”

According the World Bank, a third of Assam’s population is poor, with pockets of the state suffering from acute poverty. While 31.98% of the state population comes under below poverty line (BPL) category, it goes up to 33.89% in rural Assam, India’s rural development minister Narendra Singh Tomar said in a reply in the upper house of Parliament in April 2017.

A collaborative study on poverty alleviation programs in the northeast India done by National Institute of Rural Development and Panchayati Raj (NIRDPR) indicated that lack of enabling environment for growth remained the reason of poverty aggravation in Assam.

Realizing that development of skills among the unemployed youth is the only way to address the issue of unemployment and take the state forward on the road of progress, the state government, in its budget for 2018-19, has prioritized skill development of the rural as well as urban youth.

Stigma and other deterrents

Still, as the situation has been across the country, the results so far are not very encouraging. It’s to be noted here that India targets to impart skill training to 500 million people by 2022. In Assam, according to sources from the department of skill, employment and entrepreneurship, there are 369 skill development centers operating in the state and imparting training on 150 different trades targeting to skill 1.5 lakh youth during 2018-19.

While many do not show interest in vocational trainings offered at the government promoted skill-training centers, placement of trained youth has been an issue. Though the state statistics are not available, reports say that about 90% of India’s three million people trained till the last quarter of 2017 are yet to find a job. 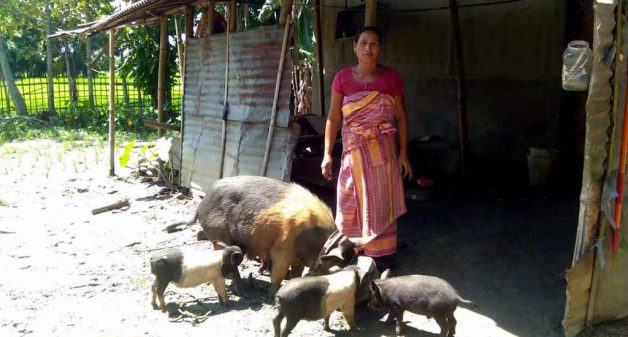 “In rural Assam, mostly girls are not expected to go out of village, meet and converge with boys. People usually talk badly about girls who go out even for some works or even such trainings,” said Moromi Boro of North Laxmipur, who has joined selling skill training at the Guwahati campus of the ICICI Academy for Skills run by ICICI Foundation for Inclusive Growth.

“I have decided to go to my village after getting a job because I know how people would be hurting my mother through bad words about me. I can only stand firm against all criticizing me and my mother only when I have a job,” Boro told VillageSquare.in.

However, with skill development programs implemented by the government and non-government organizations, socio-economic environment at the grassroots level of the state is changing. It has opened up opportunities and nurtured aspirations among the girls like Rulina Begum. “My life has changed after the training in the skill of office administration at the Academy,” she said.

Struggling hard to complete her graduation after her father’s death in 1999, similar skill training has empowered Kakoli Bora, now 25, from Kampur village of Nagaon district, to join a microfinance company where she earns around Rs 20,000 a month as an Assistant Manager and aspires to become an Area Manager by virtue of her performance. “Because the financial condition of our family was in a bad state, I was desperately trying for a government job. But, now, I am happy with the job in a private company,” Kakoli Bora said.

“I am proud seeing my daughter so smart after the training. She now earns, supports the family and the education of her brother, who has joined computer training in a Guwahati-based institution,” said Kakoli’s mother Niru Bora (60).

Of more than 4,400 youth from across the state of Assam completed training in skill areas of Office Administration, Retail Sales and Selling Skills at the academy, over 1,250 were girls from poor families who desperately needed employment for their survival, center head Sharmah said.

The encouraging part is that youth from extremism-affected districts are showing increasing interest in skill trainings, according to Rupam Dev Sharmah, center head at the Guwahati campus of the ICICI Academy for Skills.

“We have been invited to different conflict-ridden districts to hold meetings with the youth and explain about the nature and benefits of the skill training,” Subhankar Dey, 32, from Tinsukia district and a faculty at the Academy, told VillageSquare.in. “Youth in those districts are under tremendous pressure. Lack of opportunities deters them from aspiring for a career and live life peacefully. But, since we held meetings, we see regular turn up from those areas for skill trainings. Some of them have completed are placed with jobs after the training.”

Higher secondary graduates from the 18-30 age group in the state are taken into the academy for training. “We take the youth who are poor and are serious about a career because we ensure jobs to all the trainees before they complete their training,” Poonam Adhikary, 29, another faculty at the Academy, said. “To achieve 100% placement, we engage industry people and our alumni members to keep them aware of various realities of professional life and the skills of trouble shooting.” 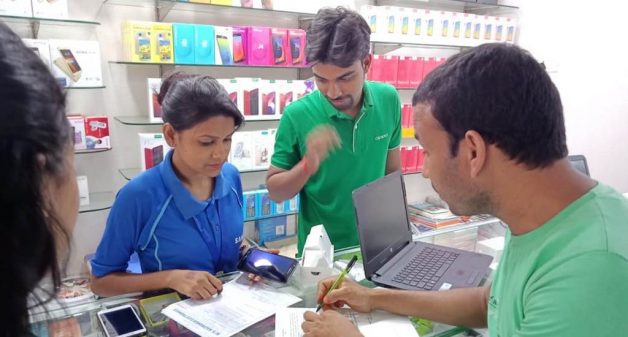 In order to keep live the aspirations of these youth who have received training at the academy and are already placed, faculties keep track of all placed in different business entities, take feedback from the trainees as well as the employer, and, also, help the trainees overcome issues they face at their workplace, centre head Sharmah said.

However, absence of a hostel at the Academy would be restricting many poor girls and boys from joining the training programs offered here because one has to afford around Rs 2500 a month to stay outside as a boarder in the private hostels during three months of training, which would be a huge burden for many.

Managing somehow to pay Rs 2,300 as monthly rent to stay in a private hostel, Moromi Bora walks about 5 Km up and down to reach the academy and back home because she can’t afford a ride in an autorickshaw.

“We are provided with free lunch and snacks. A hostel would be highly beneficial to the poor girls and boys of rural Assam who aspire to do something,” Moromi Bora suggested.

Girls of Assam are gathering strength after skill training to stand against stigma. They are coming out on their own to empower themselves with skills and take the burden of the family on their own shoulders, which traditionally have been a son’s job.

Trained in Office Administration, Mainu Deka, 27, daughter of a carpenter, works at a steel and sanitary item showroom as office and accounts in-charge. She aspires to become an entrepreneur some day.

While Tulti Dey, 22, of Maligaon is a telesales promoter and earns 12-13 thousand rupees a month, Lipika Paul, 22, daughter of a garage mechanic, earns well while working with a tally software distributor and consultancy company. She is happy that she could buy a scooter from her own salary and has been supporting the education of her younger brother.

Under training now, Moromi Bora aspires to have a job with completion of her training, and look after her mother who has sacrificed everything and lives a miserable life in the village to see her daughter live a happy life.

Boys, no doubt, have achieved equally well after being trained in different skills. But what is inspiring is the change that has come among the girls in terms of empowerment to stand against social stigma and to challenge the societal perception towards the female population in the state.

This continued consistently, Assam could aspire for a society with greater gender parity with its ripples experienced across the northeastern states of India.