By supplying value-added products made from fresh fruits and vegetables grown in their backyards, women in villages of Assam’s Nagaon district have become financially independent 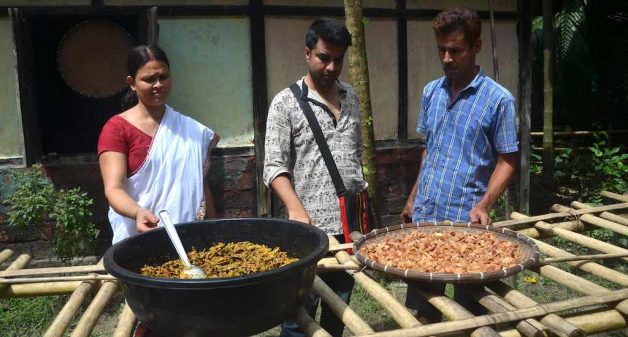 Devanga Saikia in center, guiding Utpola Bora and her husband Binanda Saikia in making pickles in their residence in Nagaon (Photo by Abdul Gani)

Utpola Bora always worried about the future of her child, especially after Nagaon Paper Mill, to which her husband supplied bamboos, shut down. Maj Jajori is a small village in Assam’s Nagaon district without much scope to earn money.

However, in the last few months, her prospects have changed for the better, after she started making value-added products from locally grown fruits and vegetables. Bora, who is in her 40s, now earns around Rs 30,000 a month. Encouraged by her progress, her husband has also started assisting her.

Devanga Pallav Saikia, working with a multinational company in New Delhi after completing his master’s in English literature from Gauhati University, decided to go back to his native place.

“While visiting Beltola market in Guwahati, I realized that the vegetables that are easily available here, are expensive in many places,” Devanga told VillageSquare.in.

When he couldn’t find khar, a popular food item of Assam in Guwahati, he became determined to start his own establishment and sell local food items. In the meantime, he happened to watch a documentary about Sri Mahila Griha Udyog Lijjat Papad, a cooperative of village women. Inspired by the cooperative, he decided to engage local women for his establishment.

Devanga Saikia and his friend Anupam Choudhury prepared khar and other homemade food products such as pickle, jam and jelly, with an investment of Rs 10,000 and advertised through social media.

“In just three days we got 200-odd orders. We named our venture Kharkhuwa Foods, as the term is used to denote the Assamese people,” Devanga Saikia told VillageSquare.in. 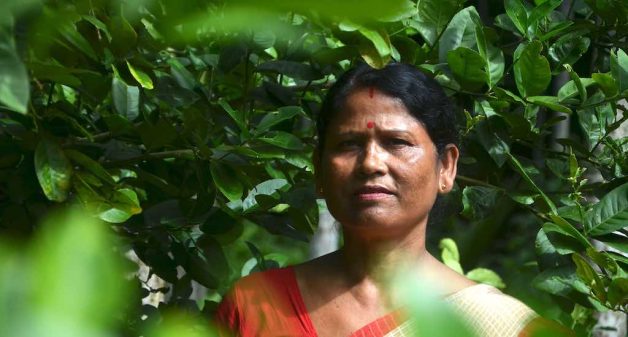 When he travelled to villages to source raw materials, he found produce such as star fruit, olive, lemon, pineapple, hog plum and chili in abundance. “It coincided with my idea of engaging local women,” said Devanga Saikia.

Rural women, who do not have avenues to earn money, sell the fruits and vegetables grown in their backyards. They also make products from their produce for Kharkhuwa. This has helped the women be financially independent.

The women in the families of the founder partners are also involved in Kharukhuwa’s works.

“Though I didn’t have any formal training to prepare pickle and other items, I used to prepare them at home for our consumption,” Utpola Bora told VillageSquare.in. “When Devanga told me his idea, I decided to give it a try.”

Since November 2017, Utpola Bora has been supplying homemade food items. She prepares up to 10 homemade items with different fruits. Now her husband Binanda Saikia helps her in her work. The couple has been able to supply up to two quintal of various products in a month.

Recently Utpola Bora attended a week’s training at a local center conducted by the state agriculture department. “The more we prepare, the more money we get,” said Utpola Bora. “In July we earned around Rs 35,000.” The couple could also repay their loan of Rs 60,000 they had borrowed from friends during a financial crisis.

Utpola Bora’ neighbor Joshna Bora supplies lemon from the 16 lemon trees in her garden. Being Saikia’s neighbor, she and five other women from the neighborhood, work in Kharkhuwa’s manufacturing unit in his residence. 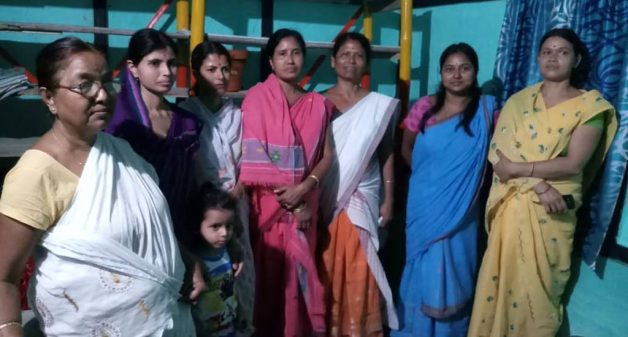 “I got more than Rs 10,000 last month and now I think I can even increase my earnings,” Joshna Bora told VillageSquare.in. “I’m eager to learn to make pickle and jam from the fruits grown in our house.”

Seeing their success stories, other village women too have expressed their interest in being a part of similar ventures.

Saikia sells 30 products online, though of late, there is an increase in offline buyers too. “While the women get to earn from home, I am able to get fresh organic products in bulk,” said Saikia.

“Now we can dream of a better life for our kid, and ourselves” said Utpola Bora. Women in rural areas such as Biswanath Chariali and Kampur in Nagaon district, and those from villages in Nalbari district make products such as chili and king chili that are in high demand in Assam across seasons and even outside of the state.

According to Saikia, the women are now choosy about what they grow in their gardens. “They can sense the financial benefits from home-grown fruits and vegetables,” said Saikia. “If the women continue to work like this, I will be more than happy to set up another manufacturing center in the village.”

Abdul Gani is a journalist based in Guwahati. Views are personal.