In times of increasing agrarian stress and uncertain incomes, women in villages are becoming as much providers of families as men, but the vice grip of patriarchy refuses to slacken 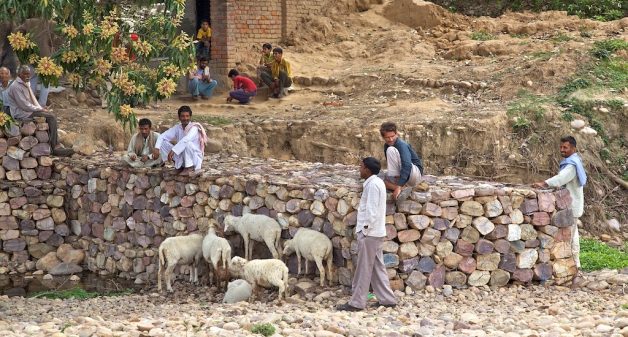 In patriarchal societies like ours, it has been traditionally held that men hold the power at home because they are the providers, protectors and, when called for, punishers of the family.  They earn money by going out of the home and facing all the so-called rough and tumble of hard labor or markets or in professional careers. Women live in much more ‘sheltered’ atmosphere and have to ‘only’ manage home and nurture children. So, when the poor tired men return from home, it is but natural that they are ‘looked after’ and ‘have their relaxations.’

Life has been changing at a rapid pace and perhaps the most critical assumption of men being providers has come under increasing challenge. The changes started with women’s’ education as usual in the educated elites of the society. Women started being teachers, doctors, lawyers and so on. So long as the woman was doing ‘womanly’ jobs like being a primary school teacher and earning a modest sum, husbands could still pretend to be providers, ‘allowing her to spend her salary as pocket money.’

But in many urban homes, women earn as much if not more than their husbands. Homes where this happens have seen greater negotiations between the couple and more departures from the traditional patriarchal family setup. Urban middle class is not a social group of interest to me. But poor rural households are now facing more or less the same situation in several parts of the country.

Men in quite a few rural areas continue to be conventional farmers. Their incomes are determined as much, if not more, by vagaries of nature and price fluctuations in the markets. Continual family subdivision of land makes earning adequate incomes increasingly difficult in tracts like North Bihar.

Thus in dry land regions as well as large tracts of secure agricultural regions, men have found it more and more difficult to earn incomes to feed and support their families. The problem becomes far more exacerbated as expectations and aspirations demand greater cash inflows.

Yet they have had to play out the role of being providers. The most poignant situation has arisen in regions like Vidarbha where the gap between actual incomes and demands of money to play out traditional patriarchal role has led to extreme stress and suicides. In these regions, a general lack of economic opportunities have meant that even women are not able to earn significant enough incomes from whatever activities they could do.

The situation in peri-urban areas as well as in several locations where anti-poverty programs through women’s self-help groups have taken root and succeeded is as challenging as for men and leading to a different set of problems. Through such programs in rural areas, incomes of women from their work such as poultry, small vegetable cultivation, and other livelihood activities have gone up significantly.

In peri-urban areas, women have taken to commuting to proximate cities for domestic work and started earning steady and modest incomes. In such cases, their incomes have often outstripped the incomes of their husbands. Their husbands are men with not much education, nor do they have much skill. Hence they are either employed in low wage tasks or employed occasionally or unemployed.

In villages around big cities, it is not uncommon to see groups of young men sitting around a chai shop and spending time together for most if not all the day as they lack any steady job. Their wives work as domestic help in houses and bring back the money, which runs the families.

But these men are men of great material aspirations. The men want their mobiles and bikes and wish to have the relaxations, which their hardworking, ‘providing’ fathers possibly had. Prosperity dies much faster than patriarchy. These young men want to pretend that they still are the providers, protectors and punishers of their families. Physically they continue to be stronger than their overworked — and at times vulnerable and pregnant — wives. It is not difficult for them to grab what little money she has and spend it on their drink or smoke.

These men are sometimes the standing army of the local goon or politician who wants to demonstrate his muscle in the political arena. He perhaps has to throw a few hundred rupees every once in a while or buy liquor for these craven men to buy their loyalty.

But what is occurring in these families? The hold of patriarchy is still very strong and even these poor women believe that her husband is ‘dhani’ or ‘malik.’ They do not openly claim economic power nor challenge the patriarchal order.

But the reality of cash flows must eventually dawn upon the women. How does it manifest? How does the new economic power of women jell or clash with the chauvinism and physical prowess of the men? After all, every one has to reconcile with the reality.

How are these men resolving the obvious contradiction between their pretensions of being providers and the reality of being dependents? Is this building up huge frustration in them? Is that frustration the root cause of increased levels of domestic violence, sexual assaults and other forms of felonious behavior?

The piece resulted from a discussion on emerging challenges to gender roles as perceived by men with Gautam John, Anish Kumar and Anirban Ghose. 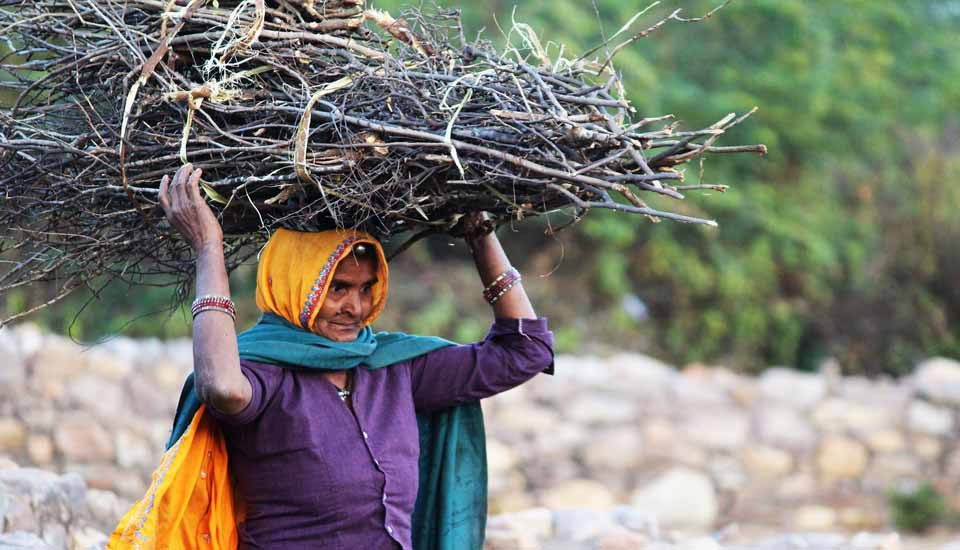 Gender disparity is obvious in villages, by the way work is demarcated, and by the lack of basic amenities for women (Photo credit: Sunita)

In the present rural development model, a gender lens is lacking in the development designs, leaving women continue their demarcated role, with no progress or empowerment in sight 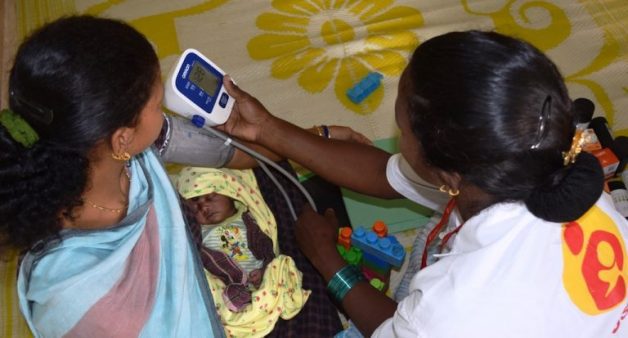