Scientists are now validating the wisdom behind Dakor Boson, a bunch of rhyming verses that has offered tips to farmers in Assam and its neighbouring areas for centuries 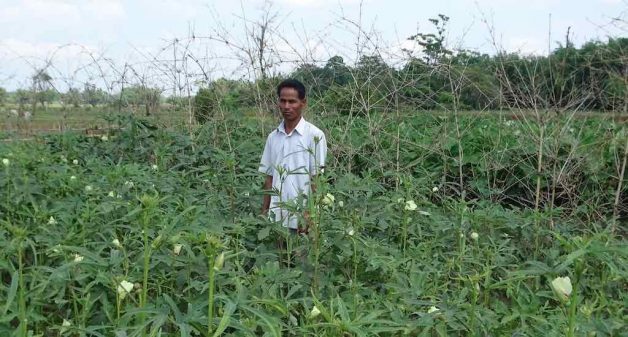 Sometimes, when you are seeking help from the world outside, all you need to do is look within. In Assam, for instance, generations of farmers have been guided by Dakor Boson, a body of traditional sayings on agricultural practices.

Scientists are now discovering the wisdom in these age-old rhyming stanzas that are very much applicable today, probably more than ever. These verses were not based on any empirical evidence but were inspired by a careful study of nature, and through experience.

One verse of Dakor Boson says in Assamese: Ghonai, ghonai, diba ali; Porbot’otu ruba Sali (If you make embankments at close intervals, you can successfully grow Sali rice even on hilltops). In other words, this centuries old saying promotes water management through creation of bunds.

Sali, or winter rice in Assam is rain-fed, and embankments help store water that is essential for paddy cultivation. Such a technique has helped farmers in hill cultivation of rice as well. There are many such verses. Another verse advises creating embankments over embankments so that an adequate height is reached to maintain the depth of water in the fields.

“For centuries, farmers in Assam have adhered to Dakor Boson to predict weather, which is very important during sowing of crops, and for agricultural practices such as spacing between crops, use of organic manure, tilling the soil, water management, and the like,” said Pallab Kumar Sarma, chief scientist, All India Coordinated Research Project for Dryland Agriculture (AICRPDA) at the Biswanath College of Agriculture in Assam. “These verses are based on years of experience, and now, when we analyze, most of them are concurrent to our beliefs as well.”

One such verse, he said, pertains to tilling of the soil for different crops. Translated into English, the verse says, “Till the land 16 times for radish, its half (eight times) for cotton, its half (four time) for rice, and none for betel vine (paan).” “According to the agronomic package developed by the Assam Agricultural University and the state agriculture department, rice requires 4-5 ploughing of the field,” Sarma said. “So the Dakor Boson is spot on.”

If one were to look into the origin of these sayings (Dakor Boson literally translates into sayings of Dak), there are mixed beliefs. Some researchers say that Dak was an extraordinarily wise and far-sighted person who was born in Barpeta, Assam, somewhere between 800 and 1200 CE. 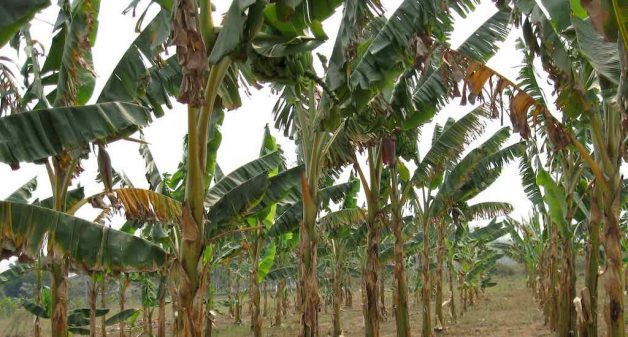 His words, which guided people not just in agriculture, but in all aspects of life, later spread all across Assam and to the neighbouring state of (then undivided) Bengal, all the way to Nepal and some other adjoining areas. Another school of thought believes that Dak was not one person, and the sayings are a putting-together of valuable lessons that people, especially in the rural community, adhere to.

Rajib Neog, a farmer on the northern bank of Brahmaputra River, says that he had known some of the Dakor Boson for as long as he could remember. “Some of the verses are at the tip of my tongue. Uttare gajile janiba khor; Dokhine gajile mariba lor; Pube gajile janiba Paan; Paschime gajile janiba baan (If there is lightning on the northern side, it indicates drought; if it’s on the southern side, run for cover; if it’s on the eastern side, there will be a good production of betel vine; and if it’s on the western side, there will be floods),” he said. “Weather prediction is important for us farmers and I had heard these as a little boy from my father, who must have heard from his father, and so on.”

Age-old they may be, but the relevance of such traditional wisdom in the present context is proved by the fact that agriculture scientists are now looking towards deciphering the science and logic behind these words as they face challenges like diminishing natural resources and unstable productivity of crops due to climate change impacts.

Since these verses are based on keen observation of nature over years, there is a growing interest in studying them in order to blend traditional wisdom with modern technology and present a more easily adaptable set of know-how to the farmers community.

One such attempt has been a compilation of Indigenous Technical Knowledge (ITKs) by the scientists of Biswanath College of Agriculture. The book, which brings together some of the most popular verses and tests their scientific validity, dedicates its first three chapters — one among them by a farmer himself — to Dakor Boson, and gives it a thumbs up.

For instance, one verse advises the planting of banana sapling during monsoon, around July. This, it says, would ensure such a bumper harvest that even Ravana, with his 10 heads, would not be able to finish it. Ravana is the antagonist in the Indian epic Ramayana. The book juxtaposes this with research that supports this claim — planting banana in monsoons ensure ample water and ideal temperature.

Another verse says that for a profuse areca nut crop, spacing between plants should be of six-elbow length. “Through modern research, it is evident that 2.75 m is the ideal spacing for areca nut in Assam and six-elbow length closely corresponds to that,” the book confirms.

There is ample advice on the use of different fertilisers for different varieties of crops. Dakor Boson recommends ash for healthy growth of tubers. Scientists R.R. Bhagowati and M. Neog, who had compiled the chapter titled Horticulture in Traditional Wise-sayings of Assam, agree and say that wood ash contains potash that aids tubers’ growth.

There are a number of sayings on banana cultivation as well. Assam has a wide variety of bananas and every part of the tree can be used for a different purpose. Dakor Boson advises people not to waste any part of the plant. It also recommends different manures for every variety — “Purakol variety needs kitchen waste with water, Athia needs farmyard manure or cow-dung, Malbhog needs wood ash, Manohar needs vegetable waste-turned-manure,” it says. In other words, it’s an encyclopaedia of organic fertilizers.

“Some of the wise sayings need refinement in the present context but most of the farmers adhere to these sayings because it was among them that these verses took birth,” Sarma said. “My favorite is the one which recommends a farmer to grow 360 banana trees. Basically, it advises growing an orchard that would bring him great business and prosperity to his family. It’s true, isn’t it?”

Azera Parveen Rahman is a journalist based in Assam. Views are personal.