Whether it is a national trait or simply a rural folly, there is a need to examine the cavalier neglect of basic safety rules that pervades life in villages across the country 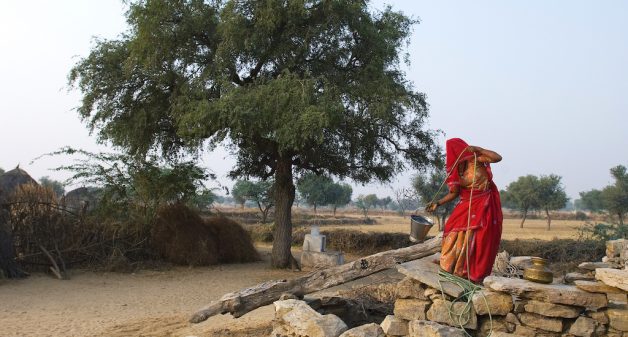 It was the month of September about 40 years ago. I boarded a bus in a very crowded place in Darbhanga in Bihar, and was pleased to get a window seat. The smell of honest sweat of the rustic Bihari people was suddenly mingled with that of some fuel and I saw a young man depositing a can of petrol, without a lid, on the floor next to the older man, who sat next to me.

To my horror, I saw the older man taking out his matchbox out and attempting to light his bidi. I told him, please do not light here, and he argued with me, saying that smoking was allowed and I could go elsewhere if I hated the smell of a bidi. So I got out of the bus before he could light his match over an open can of fuel.

And then, since that was the last bus, and in any case by the time the bus started, the can had not exploded, I boarded the bus. But then, I had to climb on top and sit with 30 other persons as the bus shook and shuddered over a rickety bridge over a swollen Kamala Balan River. I still do not know how I reached safely back. Truly in God we trust!

Forty years later, one reads the news that a family of six died when going in a speeding SUV, which dashed against a dumper truck on the Rewari-Rohtak road. The accident happened because fog was very thick and neither party could see well. Laws of physics tell you that severe damage to metal bodies can happen only if the two colliding vehicles were traveling fast. While I admit the fog reduces visibility, surely the drivers of both the vehicles would realize the same? And yet, they speeded? Was it simply because in God they trusted? Were they foolish or did the God let them down?

There are so many instances of such utterly unsafe behaviors. Have you come across young men throwing up wires ending in metal hooks which go and sit on live high tension wires so that they can run their motors without having to pay for electricity? This is a popular sport in many parts.

Gondia district in Maharashtra used to record 75% transmission and distribution losses, a level which would burn every thing down if it was caused really by transmission loss. Everyone was stealing power in this foolishly unsafe manner. In God they trusted, so that no one was electrocuted.

Some of the most common instances of unsafe behavior occur in every day rural life. In any number of villages, women draw water from wells by dropping their buckets directly down the well, not putting the rope over a wheel. The place where they stand is invariably wet and slushy, and they keep bending into the well while pulling the bucket up. The possibility that they could slip and fall in the well does not seem to occur to them or their menfolk back home.

In one place, where the wells were supported by grants from my Trust, I insisted that I would have pulley wheels put in before the end of the month. Among the lamest excuse I ever heard was that children of the village take the wheels out to have their rustic game with it. Safety of women was of no consequence.

In another place, close to a snake-infested forest fringe, I asked a group of women whose homes did not have toilets, why they allowed their young members to go for defecating in the jungle in the night though they had the money. The answer was that they were waiting for the government to build toilets for them. And they regularly did some rituals to ensure that snakes would not bite their children. In God they trust. Again safety to human life is of no concern.

Why the utter disregard?

So the question is: why is there such utter disregard for human safety in our rural areas? I speculated, introspected, looked around, talked to some people and have obtained the following tentative answers.

In the first place, everyone seems to believe that while there is a risk to life in their foolish acts, they themselves are too smart to meet the unfortunate fate. This is a strong belief that “it can not happen to me.” This comes from the dictum — In God we trust.

Secondly, often there is not enough practical, operative awareness about cause and consequence. The old man in the Bihar bus 40 years ago thought that I was objecting to bidi smoking, unmindful that the combustible liquid could burst into flame. And if he thought about it all, he thought I must be paranoid.

Thirdly, and this is something my bleeding heart friends will argue, people are too poor to afford safer ways of doing things. Really? Do you believe that the husbands of women pulling buckets out of well cannot pool Rs10-20 each to install a pulley?

Fourthly, and perhaps the most cogent reason is that I am very comfortable if the risk is to your life! The husband thinks it is only the wife or the daughter in law who would slip and fall in the well. Cynically speaking, that then would legitimize his second marriage or demand for dowry from another family. And he himself is smugly smoking bidis on the village chaupal.

I believe that it is unfair to blame only rural people for such wanton disregard for safety. Educated urban people too seem to behave in a similarly foolish manner. People actually have elaborate arguments against helmet rules. Do we not cross streets and rail tracks even when we see speeding vehicles or trains coming rushing at us? But whether a national trait or simply a rural folly, there is a need to examine this cavalier neglect of safety that seems to be our national trait. We may trust in God, but why load him with the burden of our safety?