Fear of monkeys has gripped cashew farmers and migrant workers in Goa, as the simians have turned cashew plantations into a feeding ground, destroying the crop and transmitting a virus through ticks 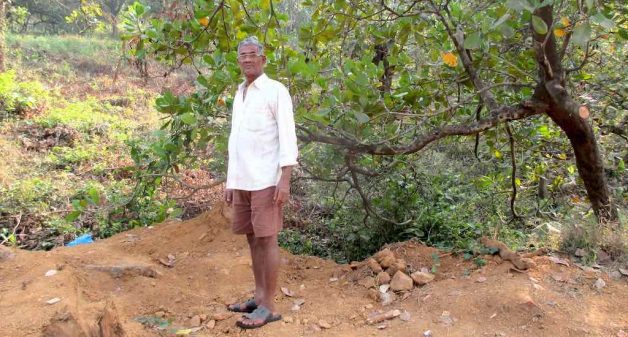 As Goa’s cashew farmers get ready for the harvest season that starts in February and runs till June, they are grappling with a simian menace. Monkeys and langurs are not only raiding the state’s cashew plantations in increasing numbers, but they are also carriers of a debilitating fever that is spreading among the farmers and migrant workers who work in the cashew farms.

The problem is evident in Keri, a village in Sattari administrative block of North Goa district that has large cashew plantations. In Keri, local farmers and migrant workers from Karnataka and Maharashtra have tested positive for monkey fever, or the Kyasanur Forest Disease (KFD), in 2018. All the cases were reported from Sattari block.

The infectious disease strikes black-faced langurs and red-faced bonnet monkeys, and humans bitten by virus-infected ticks that latch on to the simians. While the monkeys and langurs destroy cashew crops, they transmit infected ticks to the cashew farmers and workers.

This problem is not limited to Keri village but is seen across numerous villages across the North Goa district, where it is an important cash crop. In the state of Goa, cashew plantations occupy the largest area among horticultural crops. The state has over 55,000 hectares of cashew plantations with an annual production of about 27,000 to 30,000 tons.

India is the largest producer of cashew in the world, with annual production of more than 600,000 tons. It is an important foreign exchange earner. In Goa, the cashew harvest was splendid in 2018 but farmers fear reduced production this year due to crop destruction by monkeys and the accompanying fever that afflicts plantation workers. 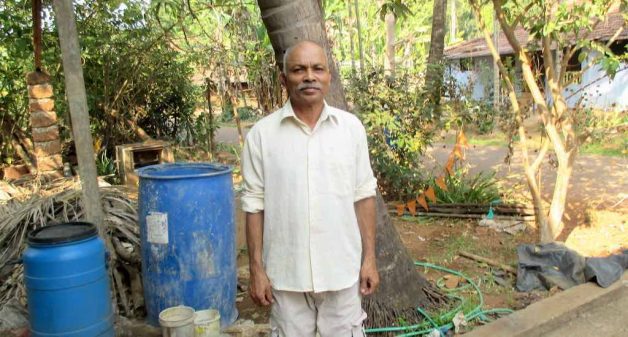 In many ways, Keri, nestled amidst the greenery of the Western Ghats, at 75km from Belgaum district of Karnataka and 12km from Sindhudurg district of Maharashtra, is a prime example of the problem faced by cashew farmers. The village is located along the ancient Chorla Ghat connecting Belgaum and Khanapur in Karnataka.

Most parts of Sattari administrative block, especially Keri village, has a large number of cashew plantations that has been a major source of livelihood for many of the villagers and migrants workers from adjoining districts of Karnataka and Maharashtra.

Migrants from Belgaum district and Sindhudurg district travel to Keri village every year for working in the cashew farms, from February to May. About three weeks are left for cashew nut collection.

21-year-old Saloni Reddy of Belgaum was infected by the KFD virus while he was working in the cashew plantation owned by Bhiva Gawas. In 2018, when he went back to Belgaum, he had fever, constant shivering, headache and chronic bouts of vomiting. In spite of medicine administered by his doctor, he took six months to recuperate.

When Bhiva Gawas called Reddy over phone, he said that he would be coming in February. “I visit Keri every year to work in the cashew nut farms. Most of us who travel to Keri earn quite a good amount for running our household,” Reddy told VillageSquare.in.

67-year-old Vasu Appa Gawas, who is a local cashew grower and works on his field, was afflicted by monkey fever in March 2017. “I harvest cashew nuts in the field wearing shorts and vest, and I was exposed to infected ticks. It’s difficult to chase away the troops of langurs and bonnet monkeys destroying our harvest,” he told VillageSquare.in.

After the harvesting season, with a yield of 4quintals from about 5 acres, when Vasu Appa Gawas reached Yellamma Temple at Saundatti in Karnataka for pilgrimage, he was shivering badly and had constant bouts of vomiting. The doctor diagnosed it as monkey fever. As it’s an infectious disease, his wife was also infected. “My wife and I were confined to the bed for six months,” he said.

Kozhikode-based Arun Zachariah of Kerala Veterinary and Animal Sciences University had observed in an academic paper, “Scientists were not sure about the reasons, but deforestation, and rising temperatures as a result of climate change, could be responsible for the growth in the tick population between 2013 and 2015. The current outbreak is a major one both in humans and simians in the non-KFD range area, raising serious questions regarding changing disease dynamics of the KFD virus.” 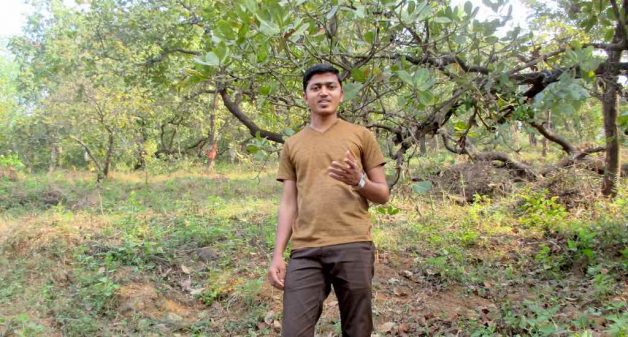 Monkey fever is mainly prevalent after monsoons when young ticks known as nymphs seek warm-blooded animals to feed on. With the bite of an infected tick, the virus gets transmitted into the bloodstream of humans. High fever with headache, followed by hemorrhagic symptoms such as bleeding from the nose, throat and gums as well as gastrointestinal bleeding, besides muscle stiffness, tremors, absent reflexes and mental disturbances are indications of KFD virus.

Indian Council of Medical Research (ICMR) stated that clearing of forest area for cultivation causes changes in tick fauna and is an important risk factor for outbreaks. With more and more people encroaching forests for working in cashew farms, to collect firewood or to graze their cattle, they are more likely to get exposed to virus-infected ticks.

“As per the Wildlife Protection Act of 1972, all creatures need to be protected. Moreover our village falls within the vicinity of Mhadei Wildlife Sanctuary,” said Shelke. “Due to our consistent campaign, VEAB has been successful in making the cashew growers and those working in their fields not to come in direct confrontation with wildlife.”

According to Laxman Arjun Gawas, sarpanch of Keri-Sattari gram panchayat and former forest range officer, youth of the villages have lost interest in cashew farming due to recurrence of KFD and destruction of cashew plantations by troops of monkeys.

“Large chunk of our village population is teachers. Apart from government and private jobs, youth of our village go to Dubai, Singapore and Kuwait for work,” Laxman Gawas told VillageSquare.in. “My son has joined merchant navy.”

“A large number of infected monkeys died, and cashew farmers; workers who remove the carcass of a monkey are at a higher risk of contracting the virus,” said Shelke. 55-year-old Gulabi Gawas, who came from Sindhudurg to work in a cashew farm in Ghoteli village, died of KFD virus.”

“Though my parents are against my travelling to Keri for working in cashew nut farm, I have no alternative options at hand,” said Reddy. With about three weeks left for cashew nut collection, growers wait for migrant workers from Karnataka and Maharashtra. However, the fear of monkey fever haunts them.