Instead of farm loan waivers and minimum support price for crops that distort resource allocation and markets, basic income support to small and marginal farmers is a far better state mechanism 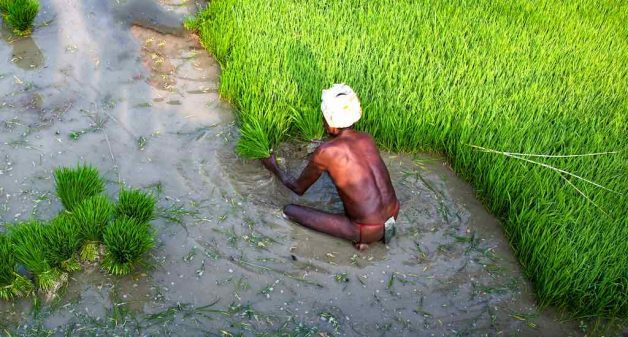 There is widespread consensus that there is huge scope to improve the economic condition of farmers. There is perhaps less agreement that the situation has been created because of persistent, usually brazen but also at times insidious urban bias in India’s political economy. As a quick illustration, it would be worth comparing the total income foregone by the central government in concessions in income tax and reduction in Goods and Services Tax with the figure of Rs 75000 crore budgeted as income support for farmers.

The former benefits urban areas, and the latter is considered to be an extraordinary populist favor to farmers by urban people. Throughout some 17 years of this century, farmers have suffered a net loss of close to Rs 5 lakh crore on account of this brazen urban bias, an eminent economist says. He calls the income support offered this year as atonement for the sins of the past 70 years.

The sum and substance of discussion among erudite people during a symposium recently held in Delhi were this: Indian food and agricultural policies have been made with the “national memory of Bengal famine” in sharp relief. They have been designed for deficit production.

However, we have now entered an era of at least seemingly lasting surpluses. The old policies are simply outdated. Those policies were focused on protecting the urban consumer, and to do that, not only had strict controls on prices but also control on external trade, stocking limits and regulation of internal trade under the Essential Commodities Act.

Governments have not been able to and will not manage to balance the interests of consumers and farmers. Right now, farmers are in distress. Many policy changes are needed to alleviate the distress.

In the first place, complete abstinence from interfering in markets and external trade of farm commodities is vital. Promotion of processing industry is needed for acting as a buffer needed to obviate extremely fast supply response and the resultant Cobb-Douglas type cycles of surpluses and deficits in commodities.

Repealing Essential Commodities Act, reducing the vice-like grip of Agricultural Produce Market Committees (APMCs) and permitting multiple markets will make farmers free. Winding down the physical structure of the public distribution system (PDS) to the neediest and remote areas will reduce the burden on the state in these times of surplus, without endangering food security. These indeed were radical ideas, and any likely implementation of which will surely be blocked by a slow-motion bureaucracy and vested interests associated with each of the legislation.

The relative merits of three options often deployed, talked about or toyed with were discussed at length at the symposium. The first is a significant increase in minimum support price (MSP), along with effective procurement network. The second is direct income support. The third is waiver of farm debts.

There are three distinct dimensions about such options that need to be understood. The first is mass appeal the announcement will have. The second is its operational feasibility. The third is its real impact on the economy.

The loudest sound bytes for or against any of these measures comes from those quarters that have the highest money and muscle power, but that does not make the policies espoused by them any more sensible. So, it is better to look dispassionately at the issues, rather than be overwhelmed by the sound bytes.

The declaration of high MSP — the price at which the government buys produce from farmers — for a crop does two things. If there is credible procurement infrastructure and operations to back the MSP, it reduces the perceived market risk associated with the crop. Secondly, it offers a high economic incentive for growing the crop. Thus, high MSP tends to encourage farmers to devote land and other resources to the focal crop, as opposed to other crops that could be grown in its place.

Consistent high and rising MSP tends to make then the focal crops dominate all other options till one reaches a stage of near mono cropping. This is what has happened in Punjab and Haryana, where MSP-supported rice and wheat have replaced everything else. This was good when we needed more cereals, but not now, when we have a near-perennial surplus of cereals. Hence, high and rising MSP is not a good thing for its eventual and real impact on resource allocation across crops.

Given that in any case, no more than 25-30% of peasants have access to formal institutional credit, debt waiver by its very definition can benefit only a minority. The balance 70-75% farmers are untouched by farm debt waivers since their debt is always from informal, non-institutional sources.

Schemes of interest rate subvention, coupled with this essential kulak bias of institutional farm loans, tends to create an unwarranted arbitrage between the interest rate a kulak pays to the bank and the rate which he can charge to the poorer peasants around him.

Thus all the hype of farm debt waiver schemes is a political brouhaha with little of substance for the small and the marginal farmers.

On the other hand, direct income transfers in the form of income support, which began in this budget, leave scope for better targeting and cause no distortion in price and cost nexus for any crop, and thus remain neutral to resource allocation. Nor can they ever be biased in favor of the kulak. In the first place, he would have more than 2 hectares of land. Secondly, he cannot well be seen queuing up for a mere Rs 2,000 and still pretend to be a pillar of support for his peasantry.

Punjab, Haryana, western Uttar Pradesh and regions around them have been pampered for too long. Farmers there will scoff at Rs 6,000 as being too paltry. Much of the central government used to think that Delhi is all that India is about and almost all the agricultural policy intellectuals in Delhi think that there is no India outside Punjab, Haryana and western Uttar Pradesh.

But when one sees the real situations prevailing in utterly neglected regions from south Rajasthan through Nimar, Marathwada, Rayalseema, Vidarbha to Jharkhand and beyond, one will recognize that providing Rs 6,000 support to farmers with less than 2 hectares of land is a huge support that will contribute to a stabilization of their total income portfolio in times of stress.

And it does seem to be far superior to the ill-implemented MSP and the chimera of debt waivers. Direct income transfer is indeed the healthiest tonic for the economy.