In Gond tribal villages where child marriages were the norm till recently, a resolution by elders to ban marriages before legal age has helped girl children to continue their education 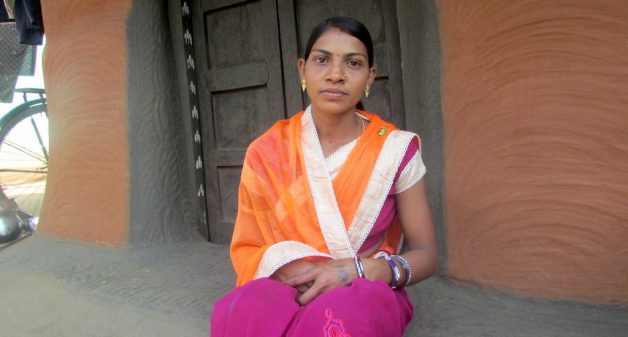 Alladin’s parents advised her to wait till she turned 18, following a resolution by the Gond Tribal Samaj to ban child marriages (Photo by Rakhi Ghosh)

Alladin (18), a newly married woman, was only 16 years old when she fell in love with Ajit, a young man from Borbhatta, a neighboring village. They thought of eloping if their parents did not agree to their marriage. Their parents agreed, but did not allow them to get married immediately.

Alladin and Ajit respected their parents’ wish after learning the reason. “They said you can only get married once you turn 18, the legal age for marriage,” said Alladin. “Besides, early marriage will have an adverse impact on health of both the mother and her child.”

Following awareness programs, Gond elders passed a resolution to get their children married only after they reached the legal age for marriage. This has had a positive impact on marriages, besides helping girls pursue their educational aspirations.

Just a few years ago, the situation in the Gond tribal villages of Rampur, Nunpur, Damkalakutta, Madanpur and Bamak panchayats in M. Rampur block of Kalahandi district was quite different. In these villages child marriage was rampant and parents got their young girls married once they attained puberty.

Parents did not allow their girl children to continue their studies after finishing their primary education, that is Class 5, as they felt that the girls should help in household chores. They felt that it would help the girls after marriage.

“Girls were seen as a burden and parents wanted to get them married at the earliest,” Menu Patra, secretary of Gond Tribal Samaj, told VillageSquare.in. “Poverty, insecurity and a deep-rooted mindset to marry off daughters early are the reasons for prevalence of child marriage.”

The National Alliance of Women in Odisha (NAWO) has been working in M. Rampur block on violence against women and girls (VAWG) for more than a decade. “During our work on gender issues, we received a lot of domestic violence cases that happened due to early marriage and lack of education. So we decided to intervene and discussed it with the Gond Tribal Samaj,” said Aradhana Nanda, founding member of NAWO.

“Here every community has its own samaj (society) with specific rules and regulations that every villager has to follow. The Gond Tribal Samaj also has its rules, which we found were promoting gender discrimination and bias,” Nanda told VillageSquare.in. 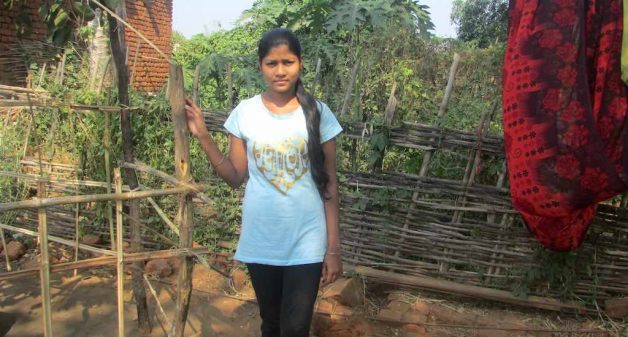 Jagyaseni Patra, a girls’ group leader, finds the balika mandal an ideal platform to discuss about education and aspirations (Photo by Rakhi Ghosh)

After discussions with the community, including women, men, young girls and boys, Upendra Patra, the president of Gond Tribal Samaj, invited NAWO to their mahasabha (great gathering) to discuss the issue. “We informed them about the adverse impact early marriage has on both young boys and girls, and also shared issues that young couples face and how their aspirations have been cut short due to early marriage,” said Nanda.

The samaj and villagers were made aware of health consequences, in addition to financial and social problems that occur due to early marriage. “We also informed them about Prevention of Child Marriage Act-2006 (PCMA) and the role of Child Marriage Prohibition Officer (CMPO),” said Nanda.

With NAWO’s intervention, and as a part of a project entitled “Creating spaces to take action against violence against women and girls” supported by Oxfam India, the samaj passed a resolution a year ago, to eliminate child marriage and let girls continue their schooling.

All the villagers follow the resolution diligently. According to Menu Patra, the attitude and mindset of the tribal villagers have changed now. By passing the resolution, Gond Tribal Samaj is not only standing against child marriage, but is also taking women into the structure of the samaj.

Talking to VillageSquare.in, Upendra Patra said, “When the parents fix a marriage, they have to submit the name and proof for age, educational qualification and other necessary documents to the samaj. After proper verification of age of both the candidates, the samaj gives them a no-objection certificate and then they are allowed to marry.” The age for marriage of Gond tribal girls has been fixed as the same as the legal age.

Women are empowered to voice their concerns during samaj meetings. In Gond tribal villages women’s role was confined to their house. “We were not even allowed to participate in the meetings or decision making,” Shibaratri Patra, a middle-aged woman told VillageSquare.in. “But, after NAWO’s intervention, we participate, and the samaj members listen to us.”

After women started participating in samaj meetings, there have been many positive outcomes. Domestic violence has come down in these villages. “Alcohol was a major reason for domestic violence. So, sale of alcohol in and around these villages has completely been stopped,” said Menu Patra. “If a person is found selling alcohol, he is fined Rs 10,000.”

Earlier, the decision of the samaj always favored men, when a case of domestic violence was brought before them. But now the samaj approaches women’s issues through a gender lens and takes decisions, understanding women’s perspective. 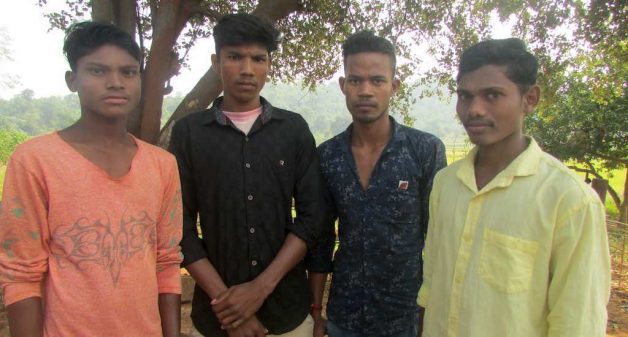 Members of balak mandal (boys’ group) get sensitized about gender issues, and at times pursue their studies, after taking a break, to earn so as to pay for their fees (Photo by Rakhi Ghosh)

Recently, when a young woman complained of marital discord, the samaj heard her problems, and allowed her to separate from her husband and go for a second marriage. In another case, when a couple did not have children after a decade of marriage, the samaj — that used to allow husbands to remarry — has asked them for a medical check-up before taking a decision.

The samaj advocates education till class 12 before marriage, not only for all girls, but for boys too. This has reduced adolescents’ eloping, which was another problem. The resolution has also brought hope for young girls about their future.

Santoshini Patra does not remember the age at which she got married. Mother of a 6-year-old girl, she feels that the resolution to ban child marriages and allowing girls to go for higher studies will give young girls of her village a chance to nurture their aspirations. “This will give my daughter to nurture her dream than marrying at an early age and suffer the repercussions,” she told VillageSquare.in.

Though the young girls and boys are happy with the resolution and want to pursue their studies, financial problem is always a hindrance. Most of them dropout and that was another reason leading to early marriage or elopement. Now these young boys have come up with an idea — to migrate and earn.

“We move to other cities for work. Once we earn enough, we come back to enroll and continue our studies,” Manu Patra, a college student who went to Rajkot in Gujarat, to work in a construction site, told VillageSquare.in.

In some families, parents work hard to educate their girls. Shibaratri, who is a marginal farmer, also collects tendu leaves to finance her daughter’s education. The balika and balak mandals (girls’ and boys’ groups) help young girls and boys in studies and in pursuing livelihood.

“We no longer confront our parents about early marriage. This platform gives us an opportunity to discuss about our studies, book banking, skill building, career and aspirations,” Jagyaseni Patra, a class 12 student and leader of a balika mandal, told VillageSquare.in.