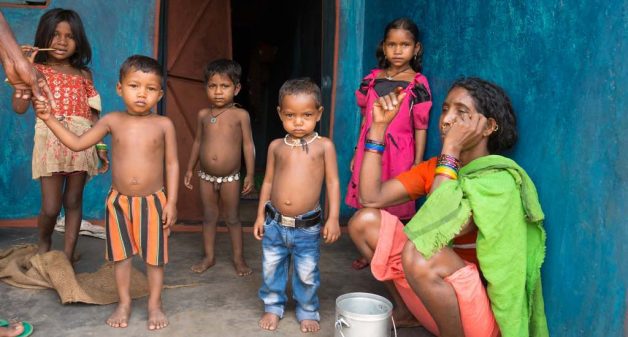 The Supreme Court of India has instructed state governments to evict out of forests all the people whose applications for land rights under the Scheduled Tribes and Forest Dwellers Act 2006 (known as the Forest Rights Act or FRA) were rejected by the authorities. The order was issued in response to a public interest litigation filed by a wildlife protection NGO, and was apparently not vigorously contested by anyone. The order has to be implemented by 20 state governments and the apex court has warned that non-compliance will be taken seriously.

Three sets of related but separate issues arise in connection with this apparently serious miscarriage of justice. The first is procedural, the second is administrative and the third is the broader issue of the place of tribal people, forests and wildlife in the scheme of things.

The forest rights law provides for a set of procedures to be followed. A person claiming to be from the scheduled tribe or a traditional forest dwelling community has to submit an application for land rights under the Act to a specified body that takes a view and puts up the application to a District Level Committee. The latter decides on the application and its decision is final and binding. Those people whose applications are rejected can appeal to a higher authority.

It would appear that such appeals have not been filed or certainly not been decided upon. This Act by itself has no provision for the eviction of people. However, other laws (wildlife conservation laws, for instance) pertaining to people in forest areas provide legal authority to state governments to evict those whose rights are not recognized. The Supreme Court has directed possible use of these powers to throw out the tribal people whose rights have not been recognized. The question is whether their right to appeal under FRA allows them the time and breathing space, or whether the tribal people are helpless now.

The administrative issue is clearly relevant because of two things. The first is that the number of people ordered to be evicted runs into lakhs — the number is between 14 and 23 lakh. Should serious attempts be made to uproot this number from their homes during an election period, serious law and order situation is certain to be created.

The second question is where will these people live? Will the states bear any responsibility for finding them land to settle and provide them amenities of drinking water, health, education, etc.? If yes, how can all this be done in the next couple of months? Or, will the states simply throw them to the winds?

The issue of resettling lakhs of people who were used to their own habitat is not a simple one. Given the history of resettlement, this can surely evoke images of botched implementation and creation of abject human distress forced on hapless people by an all-powerful but apathetic state.

The third issue, which is often caricatured as the tigers versus tribal, has been debated extensively. The lobby of environmental elites argues, with some merits, that in-situ protection of wildlife, particularly apex species, will lead to conservation of forests. It is necessary as most rivers rise in forests, and forests serve as lungs of the country, sequestering carbon and delaying the impact of climate change, etc.

Therefore, they hold the value of wildlife protection supreme. Without saying as much, the human sufferings caused by evicting human populations out of forest areas in order to protect the wildlife is considered to be an acceptable cost.

Brushed under the carpet

However, there are several issues brushed under the carpet in this argument. In the first place, it is not very responsible for me to consider your suffering as an acceptable cost. Secondly, it is not at all sensitive to ignore the history of the atrocious manner in which resettlement of displaced people has been happening in this country.

Thirdly, it is not fair to attribute loss of forests to the living pattern and style of tribal people. Mining industry has been far more responsible for the wanton destruction of forests. A noted and sensitive administrator, the late M.N. Buch, wrote about the loss of pristine forest in the eastern parts of the then Madhya Pradesh.

A reading of that tells us how cement, paper, aluminum, coal and power industries have led to extensive and irreparable damage to forests there, converting what were lush green forestlands to sterile wastelands. Unless concrete steps are undertaken to regulate and strictly enforce commercial and industrial activity in forestland, it is extremely insensitive to even contemplate evicting tribal folk out of their habitat.

However, it is possible to argue that the Supreme Court is well aware of all the complexities and human costs involved in the process of eviction and resettlement. Further, they know that the States simply cannot afford to contemplate such action in such quick time.

Hence, the order perhaps is made essentially to force the states to snap out of their stupor and process the applications for land rights quickly so that the status of tribal folk in forests will become legal. Such speedy settlement will naturally involve some negotiation and the state governments will be able to reject exaggerated or unjustified claims while settling the justified and genuine claims fast.

As we grew from a mere 350 million people to 1.30 billion in the past 70 years, we have denuded forests, as timber, firewood and other products were needed in ever increasing quantities. If the population growth is not brought under control and if the ambition for economic growth continues to hold dominant sway, requiring production of all the above commodities in larger numbers, will the pressure on forests not keep growing all the time?

Will we keep throwing more tribal people out of forests? Or, will we eventually bring all wildlife only to zoos for protection? Which way does the long-term equilibrium lie?