The travails of India’s forest dwellers

Tribal people who live in and around forests are being continuously pushed beyond the edge of their meager livelihoods and the land where they live, despite laws that are supposed to protect their rights 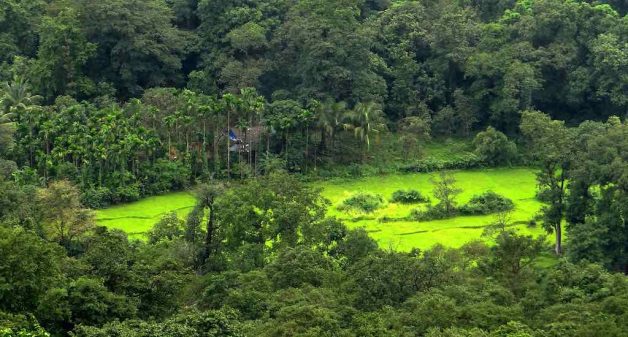 I had a recent opportunity to travel to areas that house one of the most prestigious tiger sanctuaries in the country. While I did not encounter those who press for species conservation and supreme importance of forests, I had opportunity to interact with the tribal people.

The Bichiya forest area adjoins Kanha National Forest on its northeast. It covers the ridges that separate the Narmada and Vainganga river basins in Madhya Pradesh. It connects to Mohgaon forest in the northeast and Nainpur in the west. It is a part of Mandla district.

There is much discussion on the rights of the tribal folk to land in forest areas and their eventual eviction should claims to such rights be rejected. Emotions run high on the side of those who proclaim to speak for the tribal people. The counter argument of animal lovers takes recourse to rather abstract concepts of climate change, importance of forests to ecological health and importance of apex species conservation to maintain the forests.

Gonds form a large proportion of the population. Other communities include Yadav (livestock breeders) and farmers from Other Backward Classes. The areas are between 20-30 km of the border of the core area of the Kanha National Park and less than 10 km from the buffer zones. I interacted closely with people from two villages and had additional meetings with villagers from over 30 other villages. I’ll try to present the summary of what I learnt.

On an average, a Gond household in this area holds about 5 acres of land. Broadcast paddy and minor millets is a Gond farmer’s usual cropping practice. Very few of them have access to irrigation. In the first place, the region is undulating, and as such, flow irrigation as is available from a couple of canals can reach a very small proportion of farms. Secondly, neither electricity nor diesel pumps are feasible due to lack of effective power supply and difficulty in procuring diesel.

Thus most farming essentially depends of the southwest monsoon. Some of the households have portions of their lands infested with lantana. The crop yields are meager. The proximity to the buffer zone and core forest areas of Kanha National Park means frequent animal raids on crops. Wild boar and deer are the principal raiding animals, and often, parts of whatever grows in the kharif season could be eaten and undone by these animals.

Theoretically, every farmer who suffers damage due to animal raids on his farms is entitled to receive some compensation. Practically, it is a useless provision. To get this compensation, the farmer has to get the damage assessed by a Revenue Department worker, who then reports it to the Revenue Officer, who submits the claim to Forest Department and then transfers such compensation as may be admitted when it is admitted. Anyone who has interacted with Revenue Department officers will agree that this kind of compensation is more likely to accrue if the Gond performs a yagna!

Gond households have to support their livelihoods with collection of NTFP (non-timber forest produce) such as mahua flowers and fruit, tendu leaves and other stuff. They graze their animals in the so-called nistaar lands available to them from the Forest Department. And they appear to believe that they derive some income from the huge herds of the thin and emaciated cattle that is seen in villages here. Yadavs are smarter and rear buffaloes.

The NGO with whose staff I travelled has been focusing on eradication of lantana from private farmlands as well as from revenue forestlands, which are commons. For the latter, they need permission of Forest Officers. These have been coming but there is always an uncertainty.

A certain forest official strongly believed that eradication of lantana would increase the exposure of the wild animals to the Gond household manifold and would lead to a threat to the animals. Eradicating lantana from farmlands releases them for growing at least millets, which enlarges the food basket of the tribal household.

A new twist came to light here during my discussion. The survey maps of the areas in and around villages are quite old and not updated. Many parcels of lands, which are shown as revenue lands are said to be encroached upon by the Forest Department. Department officers and staff does not allow the residents to enter these lands, which as per maps are meant for nistaar of their own village.

The dispute as to whose land it is does not seem to reach a resolution and the balance is tilted in favor of the Forest Department emboldened by the fact that these areas are so close to the National Park. One Gond farmer working on behalf of the village told me proudly that he had obtained certified maps to his nistaar lands after “getting the encroachment of the Forest Department” vacated.

But hundreds of cases of claims under Forest Rights Act (FRA), both for community forestlands and individual claims are gathering dust who knows where.

To complicate matters further, the Forest Department has assigned large pieces of lands in Mohgaon and Nainpur ranges to Forest Development Corporation. The latter intends to clear the mixed forests on these assigned lands and plant teak and timber species. They are aggressively pushing for securing their positions and the maps, which they have made, seem to literally consume several roads and even portions of village lands, including houses.

This is despite the fact that the roads were built by the government after obtaining due clearances and only on revenue lands, and the houses were built on village land. It appears that the maps, which the Forest Development Corporation claims as having been given to them, differ substantially from the current revenue lands.

Now imagine the troubles and travails of the Gond here. He has unproductive, sloping lands to cultivate. What he grows could be raided by wild boars coming in herds, which he alone cannot chase away. If he happens to get rough with them and an animal is hurt or dies, he would be taken in custody and prosecuted, as all these are protected species. He cannot get compensation for the crops lost. His official nistaar land is encroached and claimed by the Forest Department and he must walk miles to graze his animals.

To top it all, he will have the fence of the new teak plantation possibly cutting his village into half and making the road he uses unusable. As some of them were speaking, they thought that the Supreme Court order throwing them out is still in force and they think it is a sword hanging on their heads.

Just as a reminder, let me point out that this is the heart of Gondavana, the Gond kingdom where they lived peacefully more or less undisturbed till us civilized people encroached their lands, plundered their forests and killed their wildlife, hanging the heads of dead animals as trophies on our walls, before we became concerned with the fate of the wild life and forests and started hounding them. We need to examine our concepts of justice and wisdom.