A volunteer-driven community initiative offers professional diagnosis and free mental health treatment to patients from marginalized sections in rural Kerala, and helps them to return to normalcy 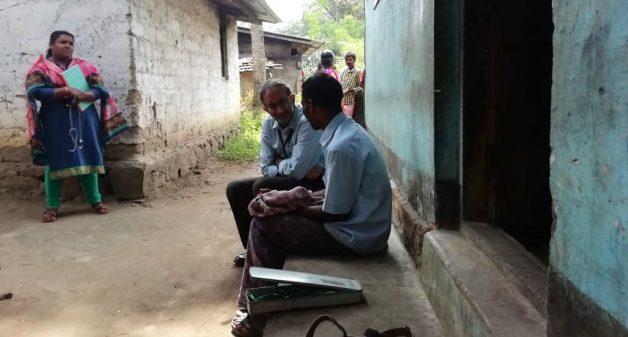 Psychiatrist Manoj Kumar interacting with a villager to diagnose the problem and issue medicine, which will be followed up by healthcare volunteers (Photo by Mental Health Action Trust)

“The stigma on mental disorders is still huge, and it should change. It is our responsibility to bring the mentally ill back to normalcy with care and compassion,” said Manoj Kumar T., a psychiatrist. “It’s our aim to take quality psychiatric care and treatment to the poor, including the homeless people.”

According to the latest Kerala State Mental Health Survey conducted by Institute of Mental Health And Neuro Science (IMHANS), 14.4% of people aged 18years and above have suffered psychiatric disorder once in their lifetime.

Though Kerala boasts of a better healthcare system, 0.44% of its population suffers from severe mental disorders. Another alarming point in the report is that suicide rate of the state is 12.6%, which is more than double the national rate of 6%. The survey indicates that the reach of government’s District Mental Health Program is not adequate.

Mental Health Action Trust (MHAT), a not-for-profit organization, fills the gap, through a community-based psychiatry initiative that treats patients for free, unites them with the family and helps them get back to normalcy. 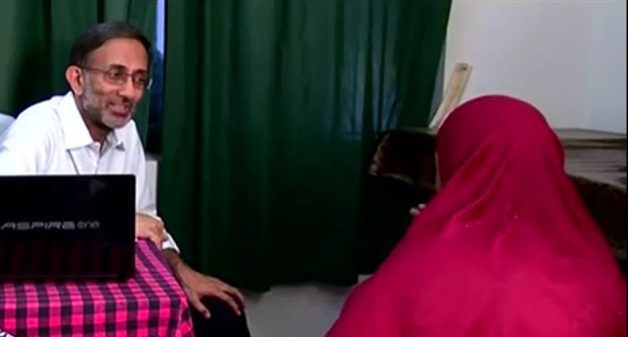 “We are the only state where the DMHP functions properly in all 14 districts. The program has reduced the tendency of being secretive about mental health disorders and the detection rate has increased,” said Harish. M. Tharayil, vice president, Indian Psychiatry Society, Kerala chapter.

“Consultation is regular, treatment is effective. The reach may not be sufficient, but it works well ,” Tharayil told VillageSquare.in. “Still there are many remote places where psychiatric treatments are still a distant dream.”

MHAT, started in 2008, with its headquarters at Kozhikode, endeavors to make mental health access possible even in the remote unreached areas. “Though this mental healthcare system is run by MHAT, it is a community-based, volunteer-led program,” Manoj Kumar, psychiatrist and founder of MHAT told VillageSquare.in.

In eight districts, MHAT has weekly outpatient clinics in 56 places on a regular basis. While the local partners identify patients in their locality who need treatment, and arrange for clinic facility, professionals from MHAT offer psychiatric support.

Many mental health camps are also organized in such a manner that the patients can collect medicines from the government Primary Health Centers (PHCs). Coordinating with the professionals, volunteers visit the patients at home as part of care and follow-up.

Safiya, a Malappuram-based mental health worker, recollects identifying a woman in Ponnani with disorder symptoms and trying to get her to be treated. But whenever Safiya and her team tried to approach her, the woman threw stones at them. 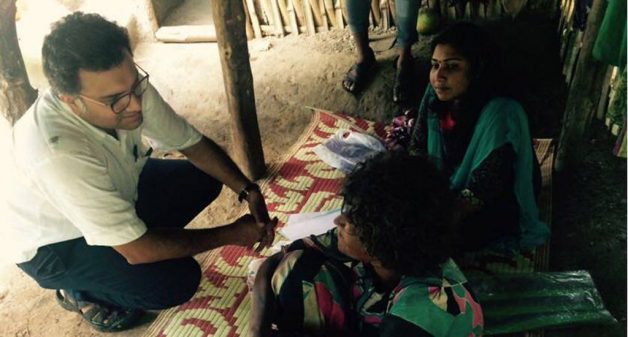 Visiting patients at home to follow-up on the diagnosis and treatment ensures that the patient takes the medication, helping in quick recovery (Photo by Mental Health Action Trust)

After failing many times, they learnt that the well in her house was unusable and hence she faced water problems. When they ensured piped water supply through the panchayat, the lady became approachable. After continuous medication and follow-up, she returned to normal life.

A man, who had shut himself in a room for 28 years, spent his time sitting or lying on a plank. His mother was aged and all the four siblings also had different mental disorders. Volunteers arranged for regular food. They were able to make eye contact with him only after six months, but eventually succeeded in treating him.

“We started a MHAT clinic in Ambalavayal, Wayanad 10 years ago. Since the tribal population of the district is high, naturally the number of tribal patients has also increased,” Sona. K. Narayanan, head of Psychiatry Social Work, MHAT, told VillageSquare.in.

The accredited social health activists (ASHAs) and others working among the tribes bring in many referrals. The staff observed that the patients would not come to the clinic regularly and the dropout rate was also high.

“Slowly the situation changed. Now we have seven clinics and we treat around 120 patients through home visits also, covering about 50 tribal colonies,” said Narayanan.

“MHAT has a well-knit action plan. Each patient has a caregiver either from the family or from the group of volunteers. The caregivers are the link between the patients and MHAT,” Ismail, a mental health worker, told VillageSquare.in.

“After detailed diagnosis, the doctor prescribes medicine and necessary treatments. Subsequently, the MHAT team makes a weekly visit either at the camp or at home,” said Ismail. “Daycare centers for cured patients help them socialize, and gain self-confidence and dignity. Many have been employed with the support of volunteers.”

“In MHAT we are trying to fill this poor proportion of availability of mental health professionals by providing quality mental healthcare with the support of society,” said Manoj Kumar. “It works well.”