There are formidable challenges in delivering welfare services to scattered and disenfranchised groups of people in rural India, and the government machinery is ill-equipped to deal with it 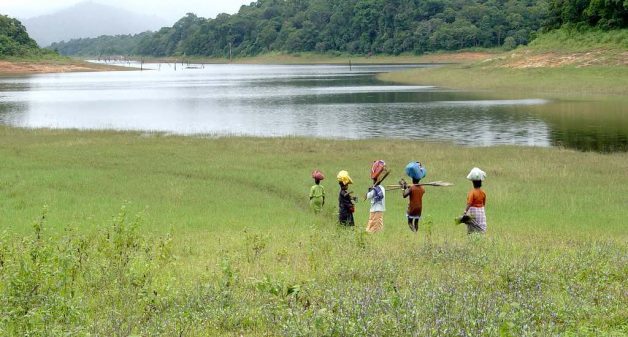 A sustained duality seems to uniquely characterize Indian polity and governance relating to the voiceless and the weak in rural India. On the one hand, the policies and programs announced and mounted by the governments on a whole range of subjects are grandiloquent and magnanimous. On the other hand, the implementation of these policies leaves a lot to be desired, and the deficit in implementation continues for decades.

Possibly the most pithy and archetypal instance of this is regarding the scattered and disenfranchised groups (S&DG) of people in rural India. Children without adult protection, widows or elderly without any support, transgender people, persons with physical or mental disability, nomadic groups, etc., illustrate this category.

They suffer from some pronounced physical, cultural or social infirmity and need the assistance of the state as they are weak, ill-trained or otherwise incapable of navigating the competitive mainstream of the economy and the polity. Such people are scattered widely across habitations in the territory of any state.

The number of people in that group at any given habitation is very small compared to the population of that habitation. Their small numbers in each locale and wide dispersion makes it difficult for them to be mobilized in any collective that can work as a pressure group. Their small numbers make them insignificant from the point of view of candidates and elected representatives, and as such, no one in active politics is motivated to take up their cause.

It is argued here that neither intent nor sincerity or even inadequacy of budgets, but simply the complexity and convolution in administrative structure and processes lead to a lasting failure on the part of the state to effectively protect the rights of and reach welfare services to the S&DG people. The challenges and constraints faced by bureaucracy are discussed below.

The number of S&DG meriting state assistance is sizeable but not known precisely. It appears that in most cases, for planning development assistance, these numbers are arrived at from rules of thumb or guestimates. The exact count of such individuals in a category is not available. For instance, some survey-based methods have estimated the number of individuals suffering from mental disorders at 13% of the population, or about 150 million in India. But their identities and locations are not precisely known.

We are a populous country. As such, the number of people needing assistance is huge. Government policies appear to be framed with near-total disregard to state capacity to serve the potential number of people who may fall in the said category.

The deficit in capacity of ensuring acceptable care to persons with mental disorders, for example, assuming that the numbers are actually as estimated, is so large as to require decades in making up to the need, even if budget were to be multiplied. Such acceptance of tasks without creating capacity naturally leads to severe under-performance.

Scattered locations and remoteness pose problems in even first time reaching an individual in the S&DG segment. The social attributes common to individuals of a category such as shyness and diffidence born out of long experience of being exploited as well as, and in particular, spoken language of those individuals pose large barriers in reaching them.

For instance, reaching out to individuals from Bonda, Asur or Saber tribes is difficult because their habitations are remote, because they tend to avoid social contacts with outsiders and because their spoken language is not understood by others. For an administrator located in the district or at best a sub-district center with absent or inadequate transport, the task is nearly impossible.

The information about welfare measures and the way to apply for them is not disseminated in a manner that is suitable to the conditions in which the people of S&DG live. The documentation and formalities required for a candidate to prove her eligibility for assistance is often complicated because the state wishes to avoid wrong selection and misdirection of scarce resources and introduces many checks and counterchecks.

As multiple types of services and amenities are needed and the bureaucracy operates through a matrix of functional and geographic responsibility structure, multiple administrative units are involved in service provision. The interest and priority of each differs and may not align with the need of the individual seeking the service.

Also, social welfare departments suffer from a woeful inadequacy of staff given the size of the population they are expected to serve. For instance, in one district of Maharashtra, two persons at the district level are expected to look after 15 schemes potentially available to 40,000 persons. At senior levels, this is not a plum posting, and officers seek to get out of the role as quickly as possible, causing discontinuity.

The most serious issue is the poor level of orientation and sensitivity of the staff and officers to the issues in engaging with the persons of S&DG. For instance, there is a reservation in government jobs for persons with disabilities (PwD).

Once a PwD joins service, his workplace must be conducive for her to work. But this is seldom the case. Naturally, there is a resistance from superiors to recruit such persons, a resistance which remains muted as it is politically incorrect to voice it.

In an earlier paper, we have noted that while the welfare of the PVTG is the responsibility of the office of the tribal welfare department, the political head of that department comes from a numerically dominant and powerful tribe. As a collective, the so-called dominant tribe itself suffers from the deprivation at the hands of non-tribal people.

The same power play operates within the tribal formations, and the political head from dominant tribe strives hard to garner all the benefits meant for the tribal community for his own tribe. Thus even when provision for recruitment of candidates from PVTG to appropriate posts but without any selection tests exist, none is recruited because such recruitment would reduce the overall number of seats available to tribal people as a whole, a loss which the dominant tribe is unwilling to accept.

Within the PwD, possibly the vision and mobility impaired individuals are dominant and garner most of the budget and benefits, leaving only crumbs for the 19 other categories of disability. This cascading dominance and power play appears to be inevitable and affects the efficacy of delivery of services to the S&DG.

The administrative apparatus of the state operates through a well-understood pattern of actions. Categories of beneficiaries are defined, criteria for deciding whether a particular case fits in a category are fixed, subject matter specialists carry out the assessment of incoming cases on the specified criteria, selected cases are provided pre-defined benefits, actions are undertaken as per standard operating procedures meant for those actions, discretion at operating levels is minimal, authority is concentrated and flows through well-defined structures and the entire system runs within the parameters and using administrative processes laid down for the entire state apparatus.

In reality, the state apparatus is like a strong pickaxe capable of breaking a hard and huge mountain. The task of serving individuals in a group that is both scattered across wide locations and is voiceless and unable to navigate its way needs sensitivity and finely honed use of discretion tinged with compassion. We therefore ask: can a pointed pickaxe even pierce a pearl?