Preference for boys disturbs expectant mothers during the very fertility rituals that are meant to bless them, affecting their psyche, besides resulting in low sex ratio and inferior status of women 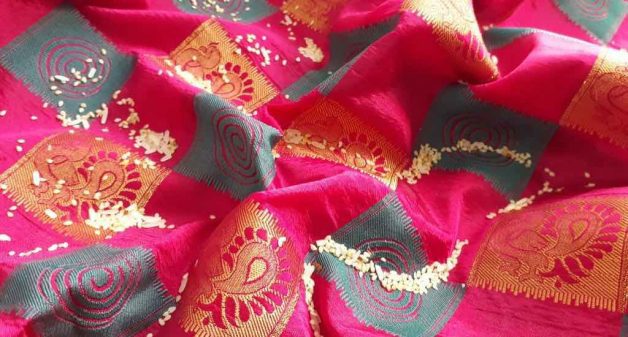 Sumitra, a 26-year-old who has done post-graduation in demographics and hailing from Berhampur, a small town in Odisha, moved to Shegaon in Maharashtra after marriage. When she moved from the eastern to the western part of India, the cultural shift was obvious in the rituals being followed.

The day after the wedding, the marital family arranged for Satyanarayan Puja. During the puja priests bless the newlywed couple, and everyone prays for a baby at the earliest. After the puja, women from the neighborhood gather to perform fertility rites, offering gifts to the newly married woman.

The baby shower of the present day is nothing but the modernized version of godh bharai, which means ‘filling up the lap with abundance’. It is usually practiced in the seventh month of pregnancy, where women offer gifts, jewelry, fruits, rice, etc. in the pregnant woman’s lap.

Then the women whisper into the expectant mother’s ears, wishing her to have a baby boy or girl according to their preference. Commonly known as shaad in West Bengal, seemandham in Kerela, valaikappu in Tamil Nadu and godh bharai in most of the northern states, every region in India has this custom.

The ceremony is for blessing the mother for a safe delivery, and good health for the mother and child. Though such cultural practices seem subtle, it may have deeper impressions on childbearing and the mother’s psyche, besides being a precursor for the inferior status of women at a later stage.

In the fertility rite such as the one Sumitra experienced, seven women offer one fruit each with a fistful of rice and only a few sesame seeds into the bride’s lap. The most preferred fruits are coconut, sweet lime, chiku and banana, since they are considered superior and symbolize the birth of a boy child.

The least favorite fruits are apple, litchi and orange, representing the girl child. Women whose firstborn is a boy get the first chance to offer the fruit to the newly married woman. The women with firstborn male child are considered superior. All the other women pay respect to the superior women by touching their feet.

After the ritual of offering fruits with rice and sesame is over, the women ask the bride to empty her saree into a plate slowly. Then they check the folds of her saree to see what remains, whether the rice grains or the sesame seeds. The belief is that she would have a boy if more rice remains in the saree.

After Sumitra went through this ritual, her sister-in-law murmured in her ears, “This shouldn’t have happened, you have more sesame seeds than rice grains in your saree folds; ask God for forgiveness and pray to bless you only with a boy child.”

When the women saw that there were more sesame seeds, the cheers turned to whispers of dissatisfaction. Sumitra understood that she had failed the test. After this, she observed a drastic change in the women’s attitude towards her.

These age-old fertility rites raise several questions on their significance. Does society need such practices? Or are they merely continued in the name of tradition. These cultural practices may be vestigial, but their social importance and results show a great deal in the position and status of women in the family.

Directly or indirectly, it may be interlinked to the poor sex ratio and child sex ratio (CSR) in India. Sex ratio, defined as the number of females per 1,000 males and CSR defined as the sex ratio of children below seven years of age, show depressing statistics.

According to Census 2011, India’s sex ratio is 943 females per 1,000 males whereas the CSR is lower, at 914 girls per 1,000 boys. What could probably be the reason behind such a difference? Are Indian women giving birth to fewer girls or the availability of advanced medical techniques for detection, plus additional methods to abort the unwanted fetuses play a significant role?

But who is responsible for the inferior status of women as well as the disturbing sex ratio and child sex ratio? Is it the society that silently promotes the practice or the women who otherwise demand equality and empowerment but succumb to society’s pressure within the closed walls of their home.

Or blame the Sumitras, educated women, for not opposing and indirectly allowing such practices to flourish and allowing the same to be passed onto the next generation in the name of tradition.

In our society, every Sumitra has to earn respect by giving birth to a baby boy. Otherwise, she is the only one to be blamed, even though the male’s contribution of chromosomes are originally responsible for determining the sex of the child.

Usually a woman who has a son receives more respect than one who has a daughter, from the family as well as the society on all occasions in many parts of the country. While giving birth to a son is considered the key to dignity and respect for a lifetime, giving birth to a girl gives the woman an inferior status, which later reflects in the upbringing of the girl as well.

For a girl who is not wanted even before her birth, whose possibility of coming into existence spreads sadness among relatives as seen in Sumitra’s case, it is natural that she grows up to face discrimination in all walks of life.

Sumitra’s story reveals that there could be several such traditions still in practice, regardless of religion, caste and language. With people practicing such traditions unaware of the consequences, probably everyone shares the responsibility for such skewed sex ratio and inferior status of women.

Sumana Acharya is a researcher at VikasAnvesh Foundation, Pune. Views are personal.