Fishermen brace themselves to sail through COVID-19 storm

How COVID-19 would impact rural India and its economy

With no urban economic activities because of the lockdown, migrants who have returned to native villages and rural workers will feel the pinch in the coming months 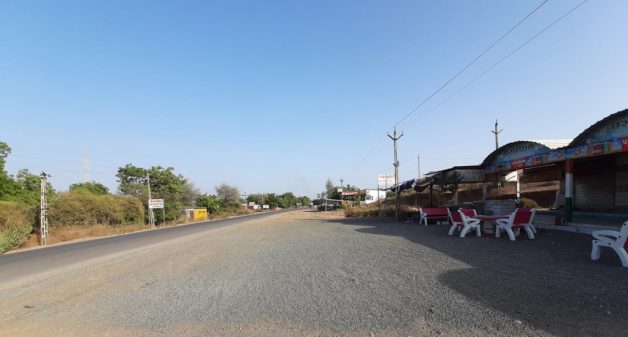 The country is in the throes of fighting the threat of COVID-19 to human life. A 21-day lockdown has been put into effect. Due to the emergency steps taken to tackle and minimize the threat to health and life of millions of Indians, the economy has witnessed a huge and completely unpredictable shock.

As industrial activities and urban commercial activities grind to a halt, the overall economic growth is being impacted in a large measure. To what extent will COVID-19 impact rural economy and rural lives?

It is much easier to think about the impact on rural lives. Till now, (April, 2020); the disease has largely been detected among people who came to the country from COVID-19 affected countries or those who came in close touch with them.

While there is no data to indicate how many of such people went into rural India, from available public information, it appears as though the malaise has remained largely confined to cities like Mumbai, Delhi, Bengaluru, Pune, etc.

A few caveats need to be stated. The first is about the fact that India has allegedly tested only those who were symptomatic and had travel history and so data on community spread, if any, has not yet come through.

The second is that many people deliberately avoided being tested and segregated at entry, by adopting means to reduce their body temperature. And the third is the much publicized situation of passengers who went “missing”.

A strong case can be made that a large proportion of those people who went “missing” in the sense of being untraceable due to dated information on their travel documents, have gone into rural areas of say, Punjab or elsewhere.

However this is purely conjectural. Available data indicates that a dominant proportion of affected cases is largely urban, except possibly Kasargod in Kerala, which in any case has an urban-rural continuum.

Media reports and anecdotal evidence in Maharashtra reveal that a large number of persons working as casual or daily paid workers, including drivers of platform fleets, domestic workers, etc. have returned to their villages in Maharashtra before the lockdown.

Even just prior to the lockdown, media was full of pictures of massive rush of people attempting to board trains or buses going farther eastward. The point is that there could be some carriers of the virus among these returnees.

Should the “missing” returnee NRIs or the returnee urban workers have any carrier of the virus among them, then the disease could spread in rural India as well. Since rural India is not well endowed with either medical supplies or health facilities, this could lead to a significant problem, though social distancing per se may not pose as much a problem as in urban slums.

Effect on rural economy would occur possibly after a delay. Rural people will possibly not get affected in the immediate run, to the same extent as the casual and daily paid workers in urban areas.

The reason is that, villagers’ incomes are tied more to the state of the crop than to work done on a particular day. Since a lot of them do carry stocks of essentials with them, the smaller items are routinely replenished with purchases from local haats (markets).

Given the huge workload on law enforcement agencies and the absence of any infection till date, it is a matter of speculation if the routine activities, including rural haats in villages will continue or not.

Government has been announcing that supply chains of horticulture produce and of milk will be maintained despite the lockdown. If this does come about in reality then the economic exchanges between villages and cities should go on with some, though not irreparable, loss.

The negative consequences of the COVID-19 phenomenon will hit the rural areas in the second order effect. As the urban commercial activities collapse, so do incomes and hence purchasing power. More importantly, income of household members who earn by undertaking work in cities as migrant labor is and will be hit for at least the coming two months.

In several of these regions, household survival and economy of rural households depends hugely on income of migrant labor. COVID-19 phenomenon is hitting at the root of that income. It may also be noted that Holi festival is the usual time when migrant labor returns home in much of western, central and north India.

The festivities see them spending much of their earnings from the cities. The lockdown has happened within a fortnight of their coming back to work after Holi. Thus the rural distress will appear there once the limited resilience of these households is over.

Economists are predicting a longer term, lingering economic slowdown due to COVID-19. Should that doomsaying come through, labor absorption in urban regions will take its time to reach its current level.

Whether and to what extent such slow down would occur depends on the global economic trends on one hand and the size of corrective economic stimulus administered by Government of India on the other.

In summary then, the effect on lives and health in rural India crucially depends on the number of carriers of the virus who have slipped undetected into the rural regions but should they have slipped, effects would be both slow to detect and very difficult to control.

Economic effects of the COVID-19 phenomenon would appear to be negative, hitting rural households mainly through loss of income of migrant labor. Expanding the MNREGS in a big way in rural areas would at least partially mitigate the ill effects. We do hope that the governments will take steps towards this end.