Will the post-pandemic government be more responsible and responsive?

With no increase in tiger count, tribes continue to be relocated

With discontentment among relocated tribes leading to conflict between tiger conservation and tribes’ habitat rights in Similipal, administrators hope to change mindset with education and employment 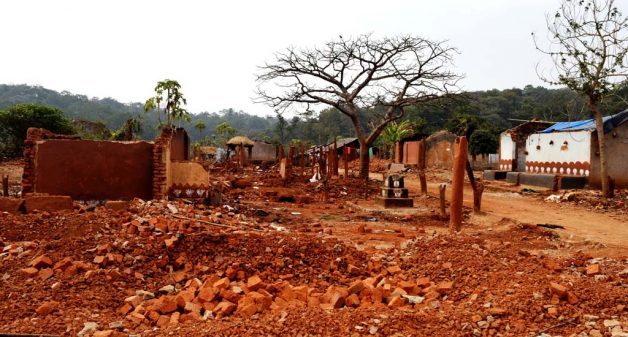 In January this year, 110 adult members of 60 families were relocated from Khejuri village inside Similipal Tiger Reserve. Those remaining inside the reserve allege that the forest department officials carry out relocation by threatening them.

Residents of tribal villages inside Similipal Tiger Reserve, in Mayurbhanj district of Odisha, are being relocated to places outside its limits for conservation and protection of tigers, the tigers’ prey base, and the forest as a whole.

Most people inhabiting the villages inside Similipal are tribes like Kol, Ho, Santal, Bhumij, etc. and particularly vulnerable tribal groups (PVTG) like the Hill-Khadia or Khadia and Mankadia tribes. Almost all of them depend on Similipal forest for their livelihood.

With many of the relocated tribal people unhappy, citing unmet promises, those in villages earmarked for relocation allege violation of laws protecting tribal rights. This has led to a conflict between tiger conservation ambitions and the habitat rights of indigenous communities living inside the forest since several generations.

Similipal Tiger Reserve (STR) is the fifth largest tiger reserve of India. Spread over 2750 sq km it comprises a Wildlife Sanctuary and a proposed National Park. STR, however, has not seen encouraging growth of tiger population in the last few years.

According to Odisha Wildlife Organization, STR faces major threats from the four lakh people living in the periphery and 10,000 living inside, and the population growing at the rate of 20% each decennial.

A 2009 study on conservation status of STR, conducted by a committee appointed by National Tiger Conservation Authority, recommended strategies to alleviate resource conflicts between people and wildlife by facilitating voluntary relocations to create inviolate space for tigers and other wild animals.

Scheduled Tribes and Other Traditional Forest Dwellers (Recognition of Forest Rights) Act or FRA, 2006 and Wildlife (Protection) Act (WLPA), 1972, amended in 2006, mandate that voluntary relocation should be the option when it is established that presence of the right holders shall cause irreversible damage and threaten the existence of tigers and their habitat.

“Government should make public the name of experts who draw conclusions that the tribes will cause irreversible damage to the tiger habitat and there is no option of co-existence,” Sankar Prasad Pani, Bhubaneswar based lawyer specializing in environment and forest rights, told VillageSquare.in.

Emphasizing upon conservation of tigers and their habitat rights, Lala Aswini Kumar Singh, retired senior research officer of STR, said that there should be equal importance to the habitat rights of the tigers as of the tribes. “Since wild animals can’t claim their rights, creating an inviolate space for the big cats and their prey base is our duty,” he said.

As prescribed by the STR management plan, only Kabataghai, Jamunagarh, Jenabil and Bakua, the four villages in the core zone, were to be relocated outside the reserve. While there are 61 villages in the entire sanctuary, the state government decided, in July1988, to relocate these four villages.

Between 1994 and 2003, 72 families were relocated from Jamunagarh, Jenabil and Kabatghai villages, according to a research paper by anthropologist Madhulika Sahoo.

STR authorities claim that all the relocations have been voluntary. However the tribal people said that they had been compelled to relocate.

“The forest department staff pressurize us to relocate and say that we will lose all our land and privileges unless we agree to their proposal. We are subjected to live a restricted life and our people are entangled with false cases,” Madhu Dehury (56) of Khejuri village.

However, Kapil Prasad Das, Jashipur based Deputy Director of Similipal North Wildlife Division, said, “We never undertake forced relocation but ensure voluntary relocation by educating tribal people on tiger conservation, relocation packages and the opportunities outside the forest to live a better life.”

After relocation to the new settlements, people are facing many problems. “STR authorities do the same in all the cases of voluntary relocation and leave people to live in temporary sheds for months,” said Mahanty Birua, sarpanch of Astakumar panchayat.

“It’s already three months and we live under tin roofs since the officials brought us from Khejuri to the temporary sheds at Saleibeda. Although 10 decimal of land for each family for housing is marked, the houses are yet to be constructed,” said a Khadia tribe.

“The officials say construction is delayed due to nationwide lockdown. As summer has arrived, life is becoming difficult now. They could have constructed the houses before shifting us,” Ramchandra Dehury (47) told VillageSqaure.in.

Khadia and Kol tribes relocated from Kiajhari to Khandiadar are unhappy as the government provided six decimal of land instead of the promised 10 decimal. “We have no backyard to grow greens and vegetables to support our livelihood. Officials are silent about the four decimal of land,” said Ranjit Dehury (40) a Khadia tribe resettled in Khandiadar.

It’s not only housing, but limited freedom to utilize the compensation money also leads to hardships. “As the compensation money is in a joint account with sub-collector as a co-signatory, we are unable to withdraw and use our money in times of emergencies,” Maya Murmu (40), a widow and mother of four children living at Mananda colony for people relocated from Kabatghai village, told VillageSquare.in.

Ghasiram Marandi wanted to buy land near his new settlement at Mananda, but could not. “I cannot withdraw money at my will,” he said. Earlier, some people sought permission from the sub-collector to withdraw money for similar purposes. The administration asked them to buy land at government rates. “Who is going to sell us land at that price?” said Ghasiram.

“As the compensation packages are highlighted by the forest department, people think we got huge money and became rich. But, in fact, we survive on the monthly interest without having any access to the compensation money even in times of emergencies,” Basanti Dehury (40), mother of three children, told VillageSquare.in.

“It is essential that the relocated families get all benefits of being out of the forest,” Lala Aswini Kumar Singh told VillageSquare.in. “They need to realize that their lives have changed with improved transport, education, healthcare, new livelihood opportunities, etc. after relocation. Their stories would motivate others to relocate.”

Khuntia said that the tribes should understand the benefits of relocating. “Inside the forests there is no development. They are confined to their villages for several months during monsoons. There are no schools. It takes hours to reach a hospital. Who wants a life like this? They live inside the forest because what will they do outside? How will they survive?”

“Good education and employment opportunities can be the game changers for the forest, its wildlife, and the tribes as well,” Khuntia told VillageSqaure.in. “You don’t need to force them to relocate, they will shift voluntarily to live a better life availing better services and opportunities.”