Frequent cyclones and industrial fishing have impacted the lives of fishermen and farmers in Nagapattinam. Rearing fish in farm ponds and growing crops on bunds have boosted their income Poompuhar, a coastal town with great historical significance in the Tamil literature was an important port in the times of Chola kings. The place was not just prominent for trading that happened centuries ago. Historians have recorded the occurrence of tsunami in this place a few times.

The 2004 Asian tsunami devastated the lives of many fishermen living along the coast. Though all of them were relocated to a new tsunami colony, fishermen were slowly losing their livelihood to climatic and human-induced damages.

Soon after tsunami, MS Swaminathan Research Foundation (MSSRF), a non-profit organization working in rural livelihood sector, set up their Fish for All Center in Poompuhar. “There are two things we had looked at; what we could we do for tsunami rehabilitation for communities from a livelihood perspective, and how this livelihood can be suitable for climate change,” said S. Velvizhi, scientist at MSSRF.

“Today, fish catch is reducing in multiple ways,” Velvizhi told VillageSquare.in, adding that climate change has a major impact, as it changes the weather pattern, and the fact that the fishermen are not able to catch fishes they caught earlier.

For instance, mackerel fish are surface fishes. Fishermen carry surface gill nets to capture those fishes. “Due to temperature variation these fishes have gone from surface water to mid water,” said Velvizhi. “If fishermen fish using a surface gill net, they cannot catch these fishes. They will come back saying there was no fish catch.”

Traditionally, fishermen predicted the wind pattern and took a call on which net to carry for fishing. Now, they are unable to predict the changing wind conditions. “Fishermen, as a whole, get affected, but the most affected are poor fishermen,” said Velvizhi.

“When we diversify the livelihood of people, there will be reduced pressure on the sea. We did an assessment and talked to them. Fishermen were only keen if it was marine related or fishery related. So, we worked on how we can generate livelihood along these lines,” she said.

These were in the lines of integrated fish culture, post-harvest processing and marketing. “They catch very little fish, so they should know how to process and market them. They were trained on making compost from fish waste, setting up unit establishments, conducting events, among others,” said Velvizhi.

Just like coastal fishermen, there are coastal farmers, who depend on coasts for their livelihood. Taking a host of livelihood and climatic challenges into consideration, MSSRF initiated the Integrated Fish Farming System (IFFS) for farmers in Poompuhar.

There are many underutilized farm ponds in the district. These were identified and converted into fish ponds. “We thought, why can’t we use that for income generation? We introduced fish culture to the farm pond,” said Velvizhi.

These farm ponds retained water for farming, and in this pond, farmers could rear fish. Also, along the bund they could grow vegetables for an additional income. Some fish farmers also integrated poultry for a diversified income.

If they just reared fishes, the farmers would wait for eight months to harvest. And they will lose interest. “We looked at how they can get daily income from the farm pond. Agriculture, horticulture, floriculture could be done around the pond, and different components can be brought in. The concept is how maximum output can be brought from minimum inputs,” she said.

Farmers in this region formed a group on a mobile messaging platform. This group was a place where farmers shared the profits they received. Velvizhi shared a post of a fisherman who got fish catch worth Rs 3500 on the day of Pongal. The farmer shared details of the money he spent on input and the types of fishes he caught.

Govinda Raj, a farmer, raised fish, gave proper food and manure for them, and took them out to sell during the fishing ban period. A large part of his income came from vegetables like bitter gourd, bottle gourd, tomatoes, coriander and chilies in his farm. He also has cows, and gets 10 liters of milk every day. This is directly supplied to the milk company Aavin.

Gunasekaran Vaidyalingam, a 67-year old farmer also got his daily income from vegetables. He says, “We never bought vegetables for consumption at home. Experts say that fish is yearly income, vegetables is weekly income,” he told VillageSquare.in.

“They have trained us and it turned profitable. After training, I have put banana and fodder crops as well. We even learned bee keeping, and received certificates after each training program. In fish rearing I get more income because I don’t spend on laborers. I do all the work by myself. I spend only Rs 10 for buying the feed,” said Gunasekaran Vaidyalingam.

The concept of integrated farming was brought in, but there was a need to popularize that, and spread it among more people. The support of local people was necessary. For this, farmers were picked as master trainers.

There were certain criteria for choosing people for training. They must have at least an acre of land, farm pond, and it should not be integrated. This is because only when they witness how integration happens, they learn how to do it. Also, they should be smallholding farmers who should be regularly involved in fish farming activities.

Thirty farmers from 30 villages in Sirkazhi and Semmanarkovil administrative blocks were chosen. They were taught how to rejuvenate the farm, and input support for components were given by MSSRF. Some built farm ponds with their own money. For those who could not spend, MSSRF helped them make use of government schemes.

“We brought fish nurseries and gave input and training for one year. Every month, for a year, we talked to them about how to integrate every component,” said Velvizhi. “For instance, how to integrate poultry, horticulture, floriculture and apiculture. Now, farmers are doing it. When each master trainer reaches 100 farmers, we will reach 3,000 people.”

So far, 152 farm ponds have been converted into integrated fish farming successfully in Nagapattinam district. “In a recent study, we found that integration for one crop in eight months gave additional income of Rs 40,000 to 60,000,” said Velvizhi. “Other than this, on a daily basis, farmers consume vegetables now for their own nutritional requirements.” 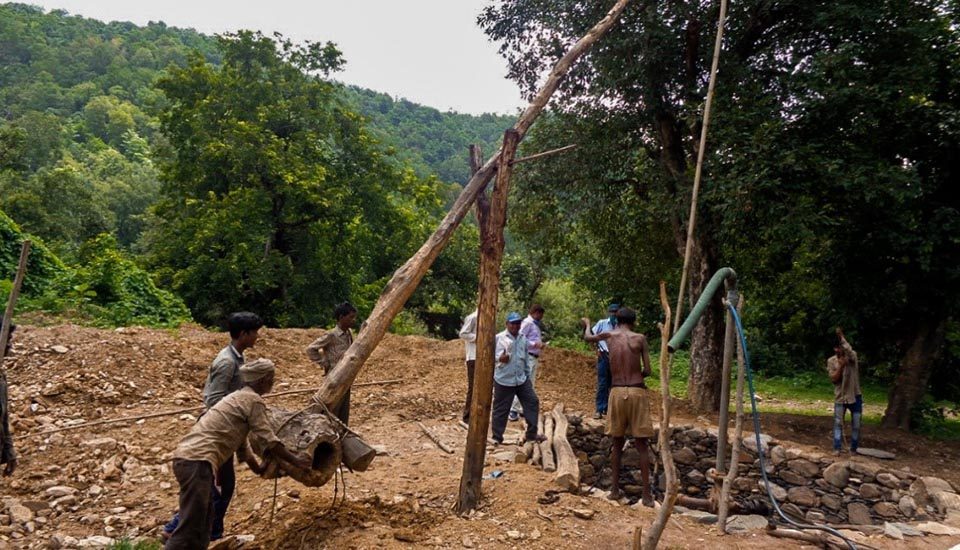 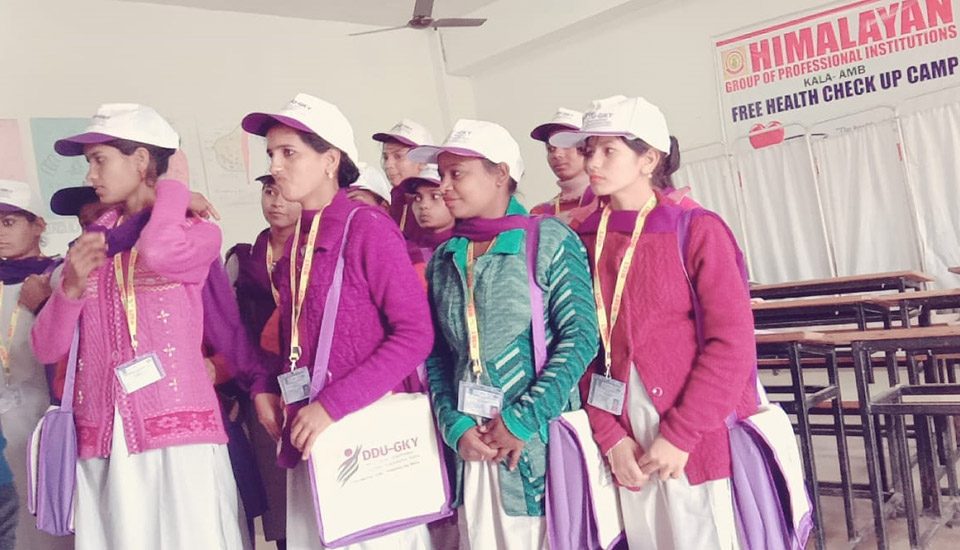 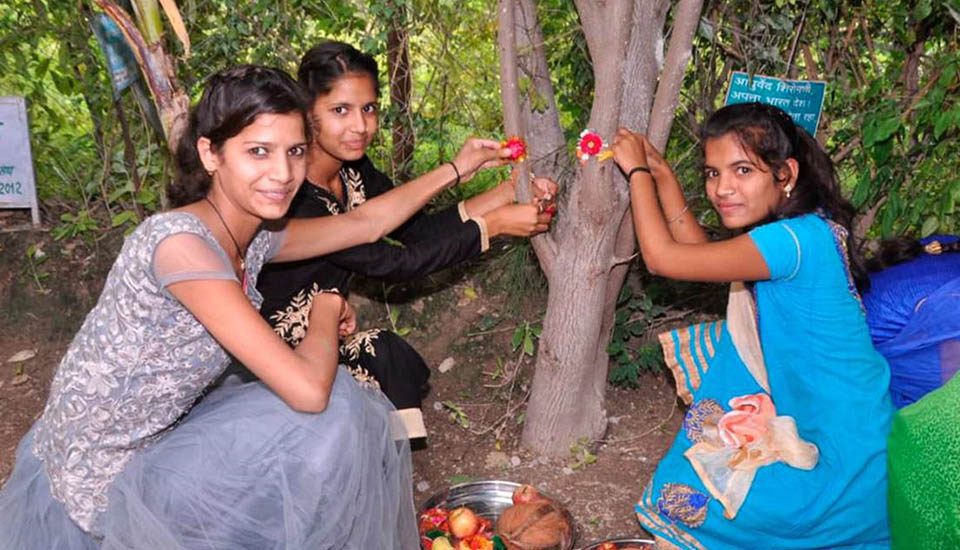