With lack of requisite health infrastructure and testing facilities, besides testing hesitancy among villagers, there is no clear picture on the impact of the pandemic in rural India 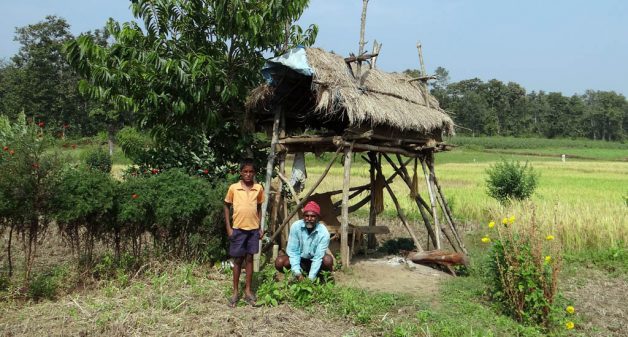 Pandemic situation in cities appears to receive high prominence in news media and discussions in the country. This is natural. Arguably, with much higher population density and very high frequency of interaction among people in the cities, people there are more prone to be infected. Hence a focus on cities is natural.

There is very little concrete information available about prevalence of COVID-19 infection, severity of experienced morbidity and consequences such as mortality in India’s villages. There have been some reports showing a large number of pyres and painting a gory picture but these appear aimed at creating a hysterical sensation rather than a dispassionate picture.

Amartya Sen in his book Uncertain Glory: India and its contradictions has written about neglect of primary education and neglect of primary health as among the chief failures of India since Independence. The reach of public health systems in rural India has traditionally remained poor.

Against the norm of 30,000, a PHC caters to 40,000 persons in Madhya Pradesh (MP), and over 50,000 persons in Uttar Pradesh (UP), Bihar and Jharkhand. For instance, population of 2 lakh in two administrative blocks of a district in UP is served by merely 26 SCs against 40 as required, and by two PHCs and two CHCs. Thus these blocks are short by 14 SCs and two PHCs.

A trained medical officer would be available at PHC and at CHC levels but the health sub-centers were to be looked after an auxiliary nurse midwife (ANM). This was sought to be augmented by training the accredited social health activist (ASHA), one lady in each village.

The proportion of short fall in staff is possibly larger. For instance, at the PHC level, shortfall in doctors reported by Indian Express in 2021 was about 33% of the requirement as per these norms. At CHC level, the shortfall reaches as much as 81% among specialists.

As is expected, the states contributing most to the shortfall are UP, MP, Chhattisgarh, Rajasthan, Bihar and Jharkhand. Even when numbers are large, frequent absenteeism and the tendency to commute from a nearby district on the part of the medical and para-medical staff reduces their availability to patients. South Indian states have relatively better reach and access.

This neglect of rural health systems has become the worst weak point of the country in its fight against COVID-19. We look at the issues faced by rural areas in the way they cope with the pandemic. With the help of anecdotal information we raise the question whether as a country we are desperately trying to maintain equanimity by simply not collecting data that would make us uncomfortable.

How protected are rural areas from the pandemic? It would appear that in the first wave of the pandemic, rural areas indeed were somewhat more sheltered than the urban areas. During this phase, they were very short of masks and sanitizers and there was little or no awareness of the need for social distancing. Even so, their main concern then was about loss of livelihoods than surviving the pandemic.

The second wave has reached into the villages and has caused significant morbidity. As an example, of the total cases reported in Pune, among the epicenters of the pandemic, the number of cases from the Pune municipal areas are no more than a third now. The balance has been contributed by smaller towns and villages of the district.

The contact of the public health system with the rural population is weak. Even the lowest rung of sub-centers cater to over 5,000 persons and given the average village population in many states, this amounts to at least two or three villages. There is no other medical facility for the villagers.

And at the sub-center no doctor is present. So, there is a natural reluctance for people to visit the sub-center or the PHC unless they have pretty aggravated conditions. In any case, rapid antigen test (RAT) kits are available in CHC or at best in some PHC.

And there is a ‘testing hesitancy’ on top. What gets collated are the positive results of actual tests done. It is said that there is a 15-20% false negative result in RAT. Given all these factors, it is safe to assume that the number of people who have gone through and overcome COVID-19 is far more than the numbers that get reported. Whether it is five times larger or 10 times larger is pure guesswork.

Extent of current prevalence of COVID-19

It is very difficult to put a number given the above situation, but it is tenable to assume that the number of actual COVID-19 infections in rural areas is scarcely represented in the district figures for a large number of districts of the country. There seems to be a fair prevalence.

A doctor working in a CHC in Maharashtra said that of the 200 OPD cases they handle each day, about 40% appear to show symptoms of the infection. While not all of them go for testing, the positivity rate for those who are tested is as high as 50%. I would infer that while rather short of herd immunity levels, there is a fair prevalence of the disease in rural areas in the country.

In the district of UP referred above, there appear to be patients with COVID-like symptoms in about 15% homes. Given that isolation in rural setting is impossible, chances are that the entire household and the neighbors would be affected sooner rather than later.

With all their difficulties and hindrances caused by a bureaucracy, the public health system is delivering to the best of its diligence and capacity. Rural folk have been very badly let down by private practitioners who appear to be engaged essentially in exploiting the situation for their own personal gain.

“The private hospitals require you to deposit a couple of lakhs before they even take you in their premises. And the less you say about the level of care there the better,” said my contact in UP. He contrasted this sharply with the very hard work that is being put by both the state-run hospitals and those run by NGOs like Ramkrishna Mission.

One needs to understand the ground situation dispassionately. The daily count of deaths in India is about 24,000 persons, derived from the annual death count of 80 lakhs for the country as a whole. While a little bold, this can be used to sort of project that there should be at most two deaths on an average in a village of 3,000 people each month.

I base my statements below with caution as they are anecdotal and based on what people have told me. A friend form rural Marathwada talked about ‘waiting period in crematoria’ in some villages. Given the above calculation, the typical number of bodies brought to a village crematorium should be once a fortnight or less frequent.

If indeed queue at the crematoria is a reality in many villages, the death rate has gone up. In UP too, the rate seems to have jumped to about three deaths per month per village, each village having 3,000 people in it.

Mortality in Jharkhand appears to be higher than the usual situation in the absence of COVID-19, and a person remarked that fear stalks the minds of people. However, in rural Kamrup in Assam, the whole of second wave has seen three deaths among 1,500 households of 85 villages where an NGO works. Data from Majauli in Assam appears even more sanguine.

When will we get reliable information?

The above is anecdotal and that too implicitly attributing deaths to COVID-19. The reality is that there is no reliable record of cause of death in most cases since there is no medically trained person who authentically certifies the cause. The cause of death is merely inferentially put down.

ASHA workers record death and births in their diary and they put the cause of death to the best of their judgment. So, it is easy to exaggerate the deaths attributable to COVID-19. After all, merely because COVID-19 has come, people are not going to become free of cardiac issues or other life-threatening conditions.

Such then is the story of rural India. Traditionally neglected and bypassed by medical profession, it suffers from the pandemic in a resigned silence possibly only blaming their immutable destiny. We will perhaps know the full numbers only when the census is eventually taken. But we will possibly never know definitively the extent of havoc caused by COVID-19. No news is indeed good for our mental peace though it is not good news per se. 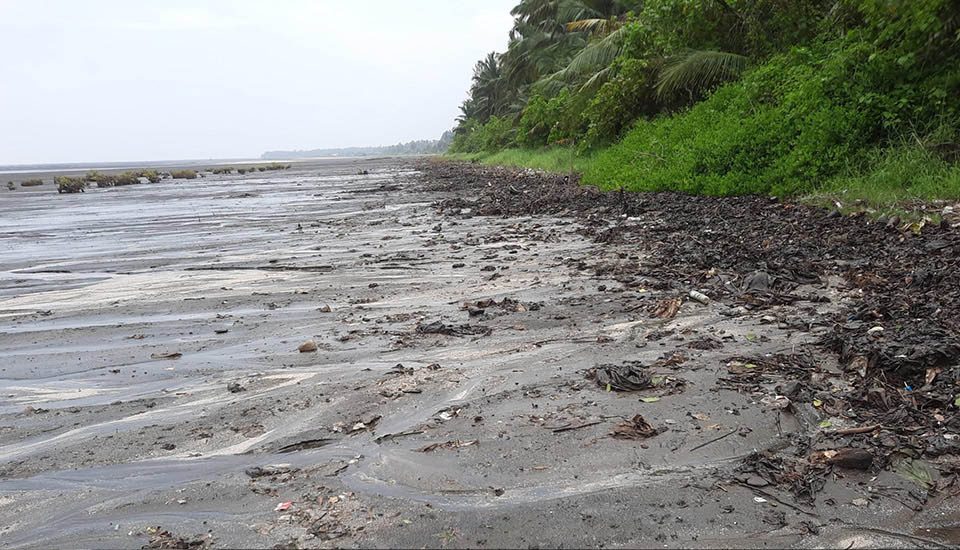 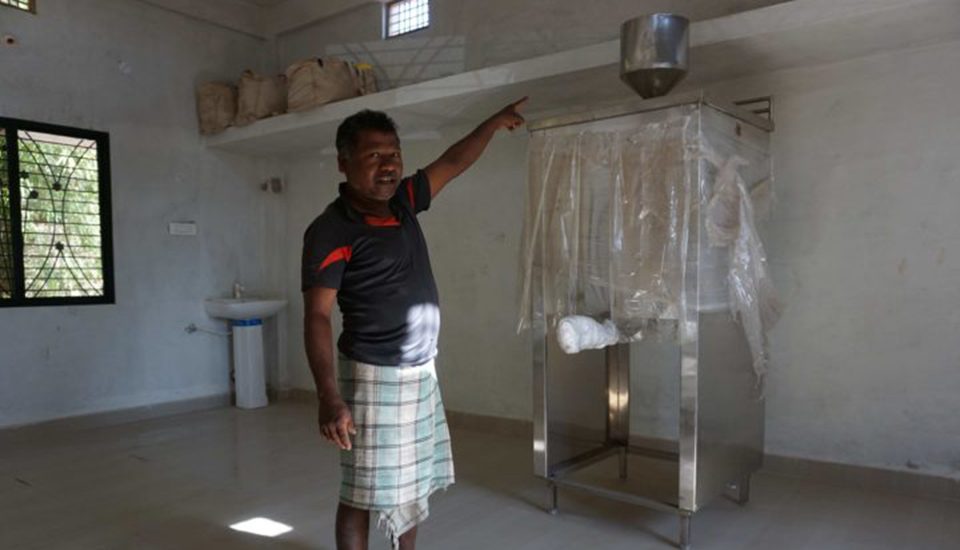 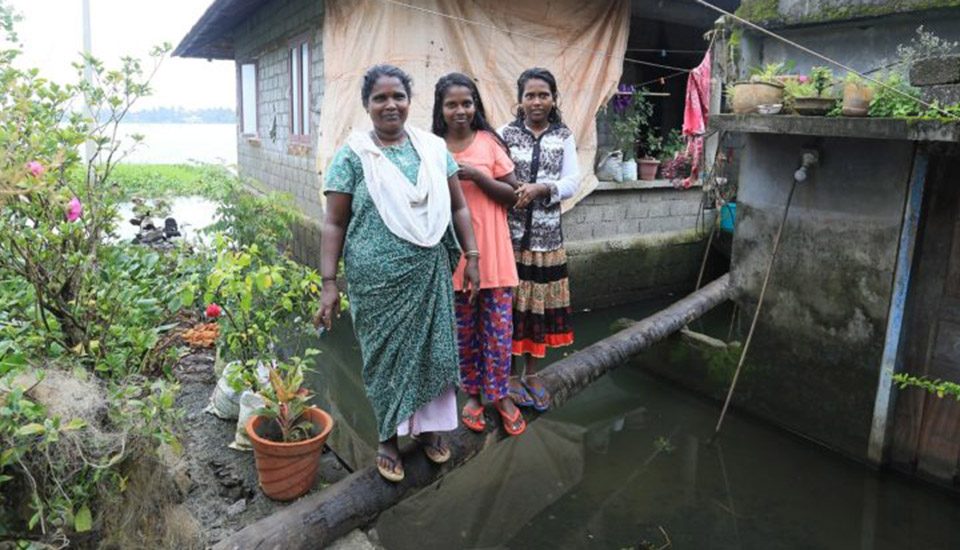