Haryana’s groundwater extraction is much higher than the state’s annual extractable resources. Government encourages farmers to switch from water-intensive paddy to reduce depletion 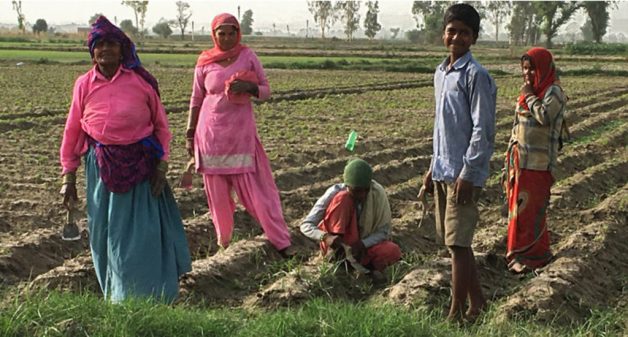 India is the world’s largest user of groundwater with over 80% of the rural and urban domestic water supplies met by available groundwater. But each year the water table keeps falling in different states, but considerably more in some states.

As Haryana makes news for being challenged by low and falling water tables, the Haryana Water Resource Authority, a new body constituted for conservation, management and regulation of water resources in the state, held its first meeting in July this year.

Water-intensive paddy cultivation is the prime reason for the massive extraction of groundwater. The Haryana government’s target to reduce 2 lakh acres under paddy this year is a huge challenge. Aggressive regulation, monitoring and people’s participation are important in saving depleting groundwater.

The latest data of Central Ground Water Authority was tabled during the meeting, wherein it was revealed that out of the total 141 blocks in Haryana, 85 blocks (60% of the state’s geographical area) had reached the red category due to groundwater exploitation. In the year 2004, 55 blocks were under the red category, which means that 30 more blocks have come under the distressed category in a decade and a half.

“The depletion in the water table is now a cause for concern in 14 of the 22 districts of Haryana. Ambala, Kurukshetra, Jind, Karnal and Panipat are the worst affected,” Keshni Anand, chairperson, Haryana Water Resources Authority, told Mongabay-India. Irrigation is the prime source of depletion and mainly due to paddy crops that require high amount of water for cultivation, she said.

Anand added that a block is included under the red category when the extraction of groundwater is far greater than the recharge, resulting in the continuous depletion of the ground table.  According to the data from the Haryana government, annual groundwater recharge from rainwater and canal water is 10.15 billion cubic meters (bcm) of which 9.13 bcm is extractable (one cubic meter has 1,000 liters).

But the current annual groundwater extraction in the state is 12.50 bcm, of which 11.53 bcm is alone used for irrigation and the remaining goes for domestic (0.63 bcm) and industrial use (0.34 bcm).  In over half of the state’s area, more groundwater is withdrawn than recharged each year, resulting in continuous depletion of groundwater table.

The annual groundwater withdrawal in Haryana is 137% of its annual extractable groundwater resources, which is the third-highest in the country. The national average is at 63%.

Punjab that has a similar wheat-paddy crop pattern like Haryana is facing bigger challenges with respect to groundwater. Its annual groundwater withdrawal is 165% of its annual extractable groundwater resources, making it the highest in the country.

There are two categories of groundwater — one that is dynamic and the other is static that is far deep underground. Anand hints at a severe ecological crisis because the residents in districts like Kurukshetra have even started using static groundwater.

She said, “We have reached a stage where we need to focus on water use efficiency and rationalize the use of groundwater through methods like micro-irrigation and crop diversification. There is also a dire need to increase recharge points or digging canals to prevent groundwater from further depletion,” she added.

The government’s team is looking to reduce paddy crops in critical areas and concurrently use water-saving techniques like drip irrigation around which successful experiments have been conducted in a few areas. Drip irrigation has shown more success in direct paddy sowing techniques than manual paddy transplants.

Simultaneously Haryana has also started a proper water audit, for which 1,700 piezometers are being installed in critical blocks under red category, for real-time monitoring of the groundwater table.

“The state’s new scheme Mera Pani Meri Virasat is encouraging and incentivizing farmers to move from paddy towards crops like maize and bajra. Apart from this, we are trying our level best for people to use treated piped water, for which a huge infrastructure is required. We will soon have departmental meetings to address these issues,” said Anand.

She highlighted that they needed an aggressive participatory approach from the people. “They all need to realize that our water is depleting and if we do not take corrective measures now, the next generation will be at a great loss,” she opined.

In 1996, Haryana’s area under paddy was 8.30 lakh hectares that increased to 13.87 lakh hectares in 2018, before coming down to 12 lakh hectares in 2020-21. The increase was largely due to the state’s MSP-based procurement system. A similar system prevails in Punjab where the whole produce of the farmers is purchased on minimum support price (MSP) by the government agencies, unlike in other states.

Sumita Misra, additional chief secretary, Agriculture and Farmers’ Welfare told Mongabay-India that this year they have envisaged a target of reducing paddy area by approximately 80,000 hectares. “It is challenging but we are sure to achieve this, given that the government is incentivizing farmers to divert from paddy to other crops,” she said.

Under the Mera Pani Meri Virasat Yojana, the Government of Haryana is providing a financial incentive of Rs 7,000 per acre to switch from paddy cultivation to other crops like maize, arhar, urad, guar, cotton, bajra, til, etc.

Misra stated that last year, the state successfully diverted 39,254 hectares under paddy to other crops. But experts are of the view that farmers will not switch to other crops unless they see the assured return for alternate crops in a sustained manner.

Farm economic expert Kesar Singh Bangoo replaced traditional crops in both Punjab and Haryana because of assured returns for these crops. “If states want farmers to switch to maize or bajra, they will have to find a mechanism to buy back their crops at an assured price,” he said.

“Unless this happens, it is difficult to shrink the area under paddy and address the growing ecological concerns that this region has been suffering for long now,” said Bangoo.

Vivek Gupta is a Chandigarh-based journalist. Views are personal.

This was first published in Mongabay India. The original can be read here.