Given the complex and varied situations in rural India, the results of the direct benefit transfer method are so far mixed at best and debilitating at worst, as seen in the subsidies for farm equipment and fertilizers 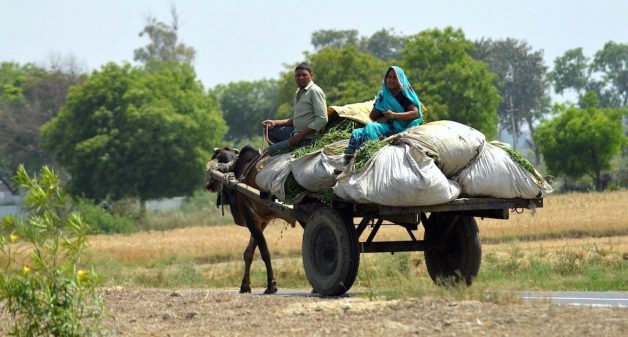 Direct benefit transfer (DBT), a system through which government programs transfer funds directly to bank accounts of beneficiaries, is hailed as a major intervention that is expected to cut a whole lot of misdirection and leakage in state spending as the eventual subsidy goes direct to the intended beneficiary. In principle, it is wonderful.

Proponents argue that with digitally enabled banking and ease of transfer of money without involving cumbersome paper transactions, the move not only eliminates spurious transactions but also cuts the red tape and improves efficiency. Huge efforts undertaken for financial inclusion and particularly the commendable effort in starting Jan Dhan bank accounts for tens of millions of people, DBT has become a real rather than only a hoped for method of reaching benefits directly to intended beneficiaries.

However, given the complex and varied situations and scenarios in rural India, so far the results of the DBT method are at mixed at best and debilitating at worst. There are many examples of this, some of which are recounted here.

Different states have a range of schemes for offering subsidy on a wide range of agricultural implements such as pumps, drip irrigation systems, farm mechanization equipment, implements and so on. In the non-DBT era, the farmer had to do all that was needed in this bad world to become eligible for receiving the benefits. The eligible farm household would then go to a dealer (in fact, most often the dealer would approach the eligible farmer), pay his share to the dealer and take his equipment, leaving the job of collecting the subsidy to the dealer.

A range of malpractices of course evolved. Even the most reputed manufacturers routinely overpriced their gizmos to ensure that the payment by farmers covered their costs, and the subsidy part, when realized, was a windfall gain. There were many palms that were routinely greased and the subsidy thus benefited many people other than the farmer. The farmer’s chief gain was the ability to buy the gadget at a fraction of the price.

With DBT, the scene has changed. Even now, there are perhaps still bits of suspicious engagement in declaring someone as eligible. But now, the dealer demands full payment in advance before delivering the machine because he will receive nothing from the subsidy and it will go straight to the buyer. The trouble is that the buyer simply may not have enough money to pay upfront. Since the subsidy is given after the sale, he has got to borrow now, often from the same dealer and at high interest rates. This introduces an element of uncertainty for the farmer because not all dealers or other moneylenders consider all eligible farmers credit-worthy.

This is perhaps likely to be the worst affected and the results will be there for all to see as the Kharif season program rolls out. When the subsidies were given to the producers of fertilizers on the cost plus formula, the reported problem was the inflation of cost of production. But in the market, the urea bag was available for the same price to every farmer.

Now almost 60% farmers are those individuals who do not have their land in their name, though it may be in their operational control. This could be because of the fact that land settlements are done once in so many decades and mutations do not happen regularly, so my land may be still in my grandfather’s name. The subsidy on fertilizer goes to the farmer whose name appears on the record. So my grandfather, who died, regretted by all, can enjoy the subsidy credited in his account, which he needs to open posthumously.

Plight of the sharecropper

Even if this problem be tracked and tackled (though it is easier said than done since subdivision of property within the family more often than not leads to vitiated rather than strengthened bonds between siblings and descendants), what is impossible to track and tackle is the case of the sharecropper.

There are different sharecropping arrangements prevalent in the country. In some, costs are shared along with the output and in others costs are borne entirely by the sharecropper. The latter case would make the fertilizers very expensive for actual users. In the former case, the landowner will get an additional bonanza in the form of the subsidy, which he may or may not part with. So, as usual the system works against the interest of the poorer and weaker of the two parties.

These are merely two examples. Added to these are the usual reasons of distance between banks and residence of a majority of hapless rural folk, the somewhat unpredictable and by no means conducive orientation of most rural bank branches, etc., as the causes of distress. But in general, DBT is far from a panacea in rural and agricultural situations. We can only hope that in some critical instances such as fertilizer applications, it does not prove debilitating.

Merely because something is technology enabled does not necessarily make it more efficient or automatically successful. Kentaro Toyama, computer scientist and development researcher, argues in his book Geek Heresy: Rescuing Social Change from the Cult of Technology that technology is at best an amplifying factor. It amplifies the effect one seeks to make, but cannot substitute the effort per se nor can it work if a large number of non-technical essentials are missing in the whole system.

As we have seen, the obsolescence of land records, the prevalence of informal but variegated sharecropping contracts for agriculture operations, etc., are the non-technical essentials that obtain in the instance of digitally enabled DBT system adopted by government for reaching subsidy benefits to the rural folk.

Finally, if the officers deciding the eligibility of farmers (which includes land records officers, village council chiefs and district government officials) are too powerful and cause misdirection of the subsidy, perhaps the man who now works the data entries in the databases and causes transfers of benefits to occur has acquired a power he never had before. Subsidies are seen as easy money and the human mind is ingenious. This works, as is usual in rural India, in many layers. It is not easy to avoid the lure of easy money and such technology systems just enlarge the pool of rent seekers. This is something that needs to be accepted before any solution can be found.

The views expressed in the article are personal.