The unending saga of farm distress in India 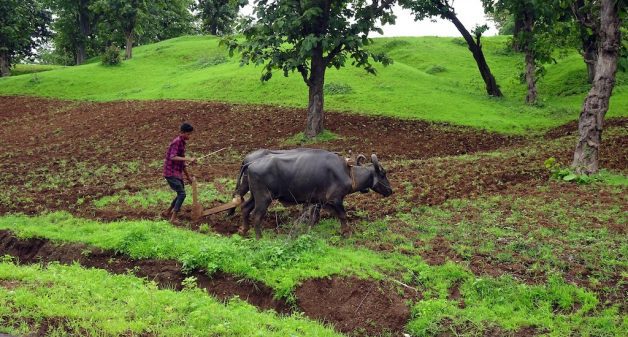 I am not a prophet of doom nor do I wish to be, but I seriously believe that the country is witnessing an unending period of severe distress to farmers and the farm sector. Worse, this phase shows no signs of ending despite changes of regimes and political rhetoric. I try to present an unpleasant but realistic narrative on Indian farms, farmers and the government’s farm policy.

The Great Bengal Famine imposed by Winston Churchill on India led to a huge trauma on the Indian psyche. Anyone, save only a British nobleman, would have been severely affected by the sight of thousands of people dying for want of food, a large number of them on the streets of Kolkata. This trauma left a deep impression on the minds of policy makers in our country.

The specter of the Bengal famine, refreshed as it was by famines in 1950s and 60s, kept haunting the country till the Green Revolution. The policy was always oriented towards ensuring that food was available at affordable prices in “pockets of concentrated urban population” to obviate any food shortage-induced riots. Vocal urban leaders like the Late Mrinal Gore in Mumbai repeatedly voiced such possibilities.

This specter thus led to a highly anti-farmer food policy, which tended to dominate agricultural policy till the seventies. Then came the panacea of Green Revolution, which suddenly put us on a path of not only self-sufficiency but actually situations of “mountains of grain” even in the mid-eighties.

The decidedly pro-consumer, urban bias of food and agricultural policy has not really been given up. Debt waivers, starting from the first waiver forced by politician Devi Lal Chautala in late eighties have always been crumbs thrown at farmers as compensation for the huge urban bias of the policy. The latest, in terms of Right to Food Act in 2008, again underscores this urban-consumer bias.

When one says that the government will supply food at ridiculous levels of Rs 1 or Rs 2 per kilogram, one implies an implicit limit on prices fetched by farmers. After all, the capacity of the government to subsidize these supplies is limited, and hence, whether one likes it or not, there will be price pressure on farmers.

On the other hand, the situation at the farmer’s end has been continuously deteriorating. With unbridled population growth, pressure on land has been mounting and operational holdings shrinking. The “irrigated-cereal” focus of the Punjab-centric agricultural research institutions for decades meant that virtually no serious attention was paid to improving crop yields either in huge tracts of drought-prone regions or in flood-prone regions of the North East.

Even with the best possible technology currently available, a cereal-producing farmer in an irrigated tract can not earn more than Rs 1 lakh an acre in a year. So, if he owns a most typical 5 acres, his family would earn Rs 5 lakh in the gross. This puts the most prosperous farmer in the best cereal producing regions at par with the most junior officer in a public sector bank. Most ordinary farmers elsewhere would be lucky if they earned as much income as the peon in a government department.

The excessive concern for food prices payable by urban people is so strong that I hear even the “sensitive” people from Left-Liberal centres of learning asking questions like “who will supply food if all farmers started producing fruit and vegetables because they wanted to earn more money?” Thus, we put the onus of feeding the ingrate urban population on the creaking shoulders of the tired farmers living in penury and rural squalor.

It appears that the path of economic growth, earlier chosen in an implicit manner, and now made explicit, has been awfully anti-farmer. The underlying and unarticulated theory of change runs like this: “We are aware that operational holdings are low and yields stagnant. But we can not allow produce prices to become very high because then our subsidy bill will mount. We will make token changes but ensure that farmers and people in rural areas remain under severe stress. That ensures that they and their sons will flock to the cities and become available as laborers. This will give us the advantage of cheap labor and using them we will run sweatshops for producing manufactured goods, which we will either export or supply to goods-hungry cities. All our investible funds will go for creating urban industrial infrastructure so that we can attract FDI (foreign direct investment), and this, combined with our reserve army of cheap labor, will help the economy grow.”

I do not detect any sign of reversal of this fundamental policy orientation though successive governments and regime changes in the dance of democracy. Some people throw crumbs of free this and that to farmers to ensure that the latter do not catch on this conspiracy of the urban elite. Some people throw catch phrases of diversionary punditry to shift the focus. But the basic pattern of economic policy remains the same.

Unless the fundamental bias to keep food prices to favor urban consumers is given up, there will be no serious attempt towards helping farmers become non-poor, leave alone prosperous. With every passing day the problem becomes larger and larger. As the gap between urban and rural living standards keeps rising, and aspirations keep shooting through the roof, economic and social pressures on farm families will keep rising with no change in production conditions accentuating the distress.

Whether the government creates right to work to dig holes, provides cheap food, or whether India becomes a Rs 5 trillion economy, or starts shining, those farmers who do not see their destiny ending in the swallow of the killer pesticide will keep suffering.